Adele was the big winner at the 2022 BRIT Awards -- the British equivalent of the Grammys -- which took place Tuesday night in London.

The star grabbed the top award, Artist of the Year, and also captured the Song of the Year trophy for her No. 1 smash "Easy on Me" and the Album of the Year prize for "30."

But most exciting of all, Adele also performed. She sang "I Drink Wine" from "30," while sitting on a piano wearing a green gown.

Adele dedicated her Album of the Year trophy to her son, Angelo, and her ex-husband, Simon Konecki. "This album was all of our journey, not just mine, and I'm very proud of myself for sticking to my guns and putting out an album that was so personal to me -- 'cause not many people do that any more," she said. "My son has been so kind and gracious and patient with me over the years." 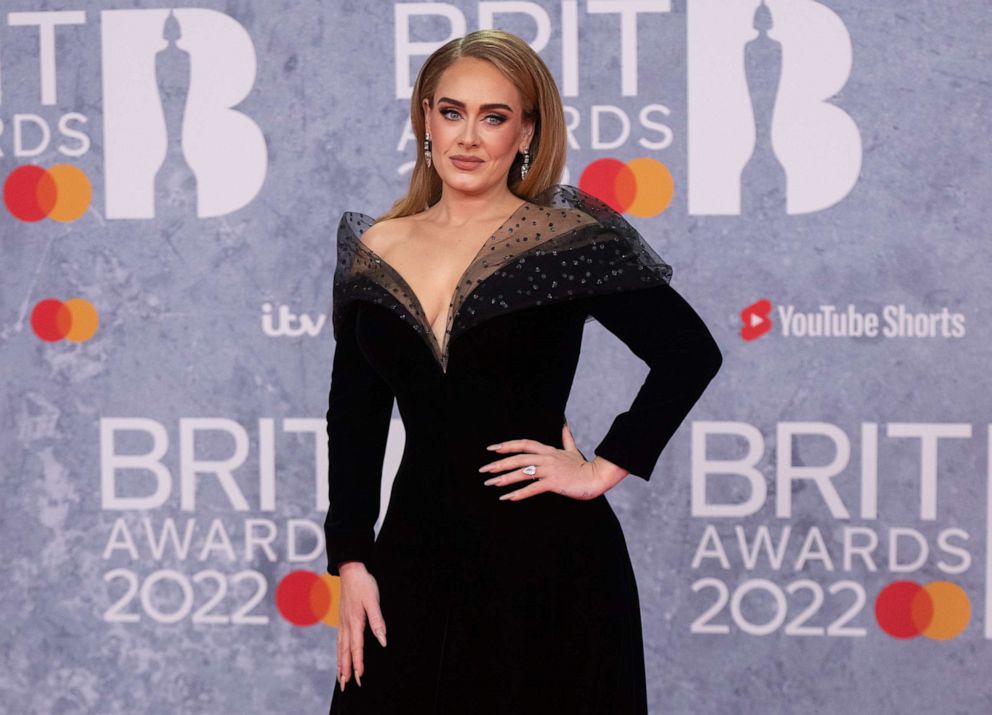 Ed Sheeran was named Songwriter of the Year, and he opened the show with a hard-rocking performance of "Bad Habits," which he sang with British rock band Bring Me the Horizon.

Dua Lipa, who was unable to attend due to being on the road for her Future Nostalgia tour, reacted to her win on social media.

"Although we would've all loved to be in London celebrating with you like this -- we've been rehearsing so we can put on a killer show for you all!!" she wrote on Instagram. "So grateful to do what I love everyday with people I love."

Scroll down to see the full list of winners from the 2022 BRIT Awards:

British Artist of the Year

WINNER: Adele, "Easy on Me"

British Album of the Year

Songwriter of the Year

British Producer of the Year