After a devastating gym accident that left her unsure if she'd walk again, Brooke Shields is speaking out for the first time about her road to recovery.

"I'm having to work very hard," Shields told ABC News correspondent Deborah Roberts of the physical therapy she is now doing after breaking her femur at the gym and undergoing multiple surgeries and a weeks-long hospital stay.

The 55-year-old actress, model and mother of two said while the rehabilitation process has not always been easy, she has found the silver lining.

"I think it's almost been the biggest blessing to date because I realized what a fighter I am," she told Roberts in an interview that aired Monday on "Good Morning America." 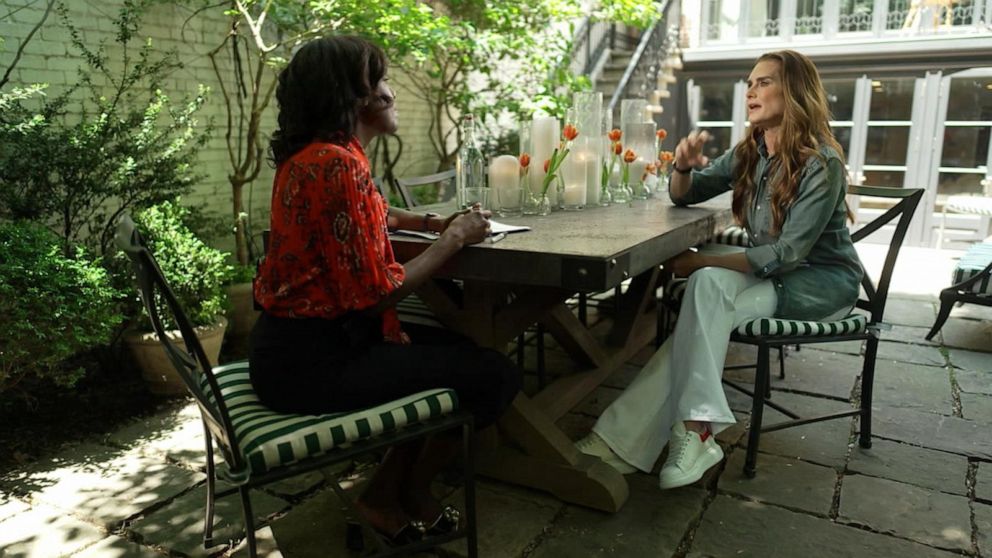 ABCNews.com
VIDEO: Brooke Shields speaks out on life after injury, recovery and recuperation

The accident that left Shields hospitalized happened in late January as the actress had just finished a workout that was part of a 14-day workout plan that she says left her feeling her best.

"I was energized. I wasn't exhausted, I had been eating even healthier and not drinking," said Shields. "We finished the workout and I went in the back on my own and I went on this balance board because I had been doing it, and I finally conquered it."

She said she took her focus off the balance board for a split second, and that's when things went wrong.

"I turned back, which you never take your focus off, and I flew up in the air with such force, and I landed so heavy and so hard and with such musculature and such velocity and such height," Shields said, adding that she fell so close to a weight bench that she could have also hit her head. "I felt how solid the impact was. I don't remember hearing anything. The only thing I could keep saying was that I could feel my toes because I just knew that I couldn't move, but I wanted to make sure I wasn't paralyzed."

MORE: Mariska Hargitay reveals she broke her knee and fractured her ankle

"I just started screaming," she added. "And I've never screamed like that. I mean, not even in childbirth."

Paramedics took Shields to a local hospital, where she underwent surgery to insert a rod to fix her femur with more metal hardware to stabilize her hip.

But after the fracture shifted again, she immediately underwent a second revision surgery to add a metal plate and several screws to anchor it all in place.

Shields spent two weeks in the hospital, which she had to endure alone because COVID-19 restrictions prevented visitors, including family.

Just as Shields was preparing for her recovery to begin at home, she faced another scare when she developed a Staph infection in her arm at the site of her IV.

MORE: Ashley Judd opens up about near-fatal accident in the Congo rainforest

Not long after she was discharged from the hospital, Shields was rushed back for emergency surgery to treat the infection. She spent another two weeks in the hospital following that surgery.

"Once fear crept in, that's when I started to falter," she said. "I don't think I've ever been more afraid because I was helpless."

"My kids actually asked me if they thought I was going to die," added Shields, referring to her two teenage daughters.

As she moved through her recovery, Shields started sharing her journey on social media, in hopes of offering hope to others who may be on their own difficult journeys.

"If I can turn it into anything positive, or I can teach my girls, yeah, stuff is going to happen in your life, and how you respond is going to define you, and adversity will reveal you," Shields said. "It won't make you as much as it will reveal you because you see who you are. You see what you're made up of."

"Especially women," she added. "I want them to know that they deserve to feel good about themselves and be healthier and happier and bigger, live a bigger life."