"Captain Marvel" is still six months away from hitting theaters but that hasn't stopped fans from speculating on what they can expect from this Marvel movie that will be the first to have a female namesake.

In addition to giving young girls (and boys) an inspiring, multi-layered hero they can really relate to, there are a ton of other goodies packed into this film for all superhero fans.

Entertainment Weekly debuted their cover yesterday, which included the first official photo of Brie Larson in the title role, but they followed that up with 10 new stills (yes 10!) from the movie that gave A LOT of great insider info away!

Here's what we found out:

1 - This woman is fierce with a capital F!

We already knew "Captain Marvel" is super powerful and that she should be key in the Avengers rallying and (hopefully) defeating Thanos in next year's sequel to "Infinity War."

But we didn't know how powerful she was until EW's "Captain Marvel" expert Devan Coggan reports that this is not only "the first solo, female-led movie in the Marvel Cinematic Universe [MCU]d, but it’s an introduction to the most powerful hero the MCU has ever seen."

Wow, say what?!? We know from the comics, she can fly, has superhuman strength and can absorb and use energy to pack quite a punch, hence the glowing hands. But we didn't know this!

Sorry Thor, looks like you got some company as the "most powerful Avenger."

The future is female! Here’s your exclusive first look at @BrieLarson as @CaptainMarvel, the galaxy’s newest — and most powerful — star: https://t.co/EKfHhGIhUa pic.twitter.com/xhD00bdfF0

Since this movie is set in the 1990's and that Captain Marvel is part Kree, we get to see some of our favorite characters from the original "Guardians of the Galaxy" film.

Lee Pace is back as Ronan, though he is not the murderous outcast he was in 2014's "Guardians." He's not trying to wipe out an entire planet of people ... yet. 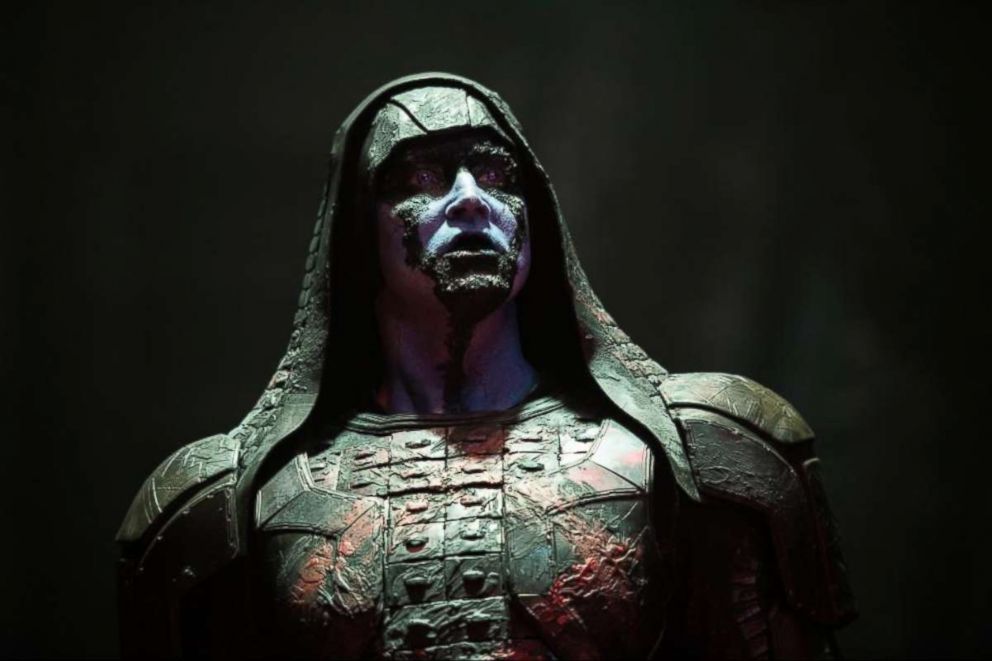 Marvel
Lee Pace appears in this still from 'Guardians of the Galaxy.'

Also back is Djimon Hounsou, who played Korath and followed Ronan into battle. Maybe we'll get to see why these two decided to turn and go on their own path.

Another photo EW obtained show's Larson in all her 90's glory. Like, who doesn't love 90's throwbacks??

More Captain Marvel: Here's my interview with Brie Larson about suiting up to play the MCU's most powerful hero ever. https://t.co/Y52RWiBh2W

Well, really it's Nick Fury who is made over.

Jackson's famed Fury isn't much of a hero at all yet in the film. He also hasn't lost his sight in one eye yet either, so he doesn't look as menacing sans eye patch. 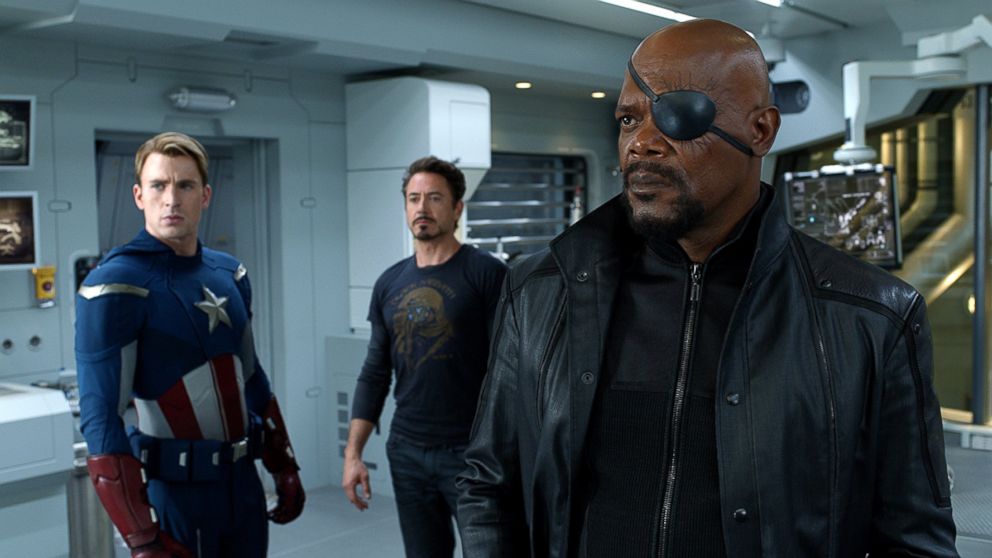 Coggan adds that, "Nick is a lowly S.H.I.E.L.D. desk jockey" and "was digitally de-aged" to look 20+ years younger for the film.

Well, in his interview with EW, the actor and the filmmakers declined to reveal his name! How about that for a tease? Well-played Marvel.

But they did say he's the leader of the Kree Starforce and acts as a mentor to Captain Marvel.

Also, expect Law to be her Obi-Wan or Yoda, teaching her to control her massive powers and abilities.

“There’s a lot and back and forth that comes with the two of them, which kind of creates a little bit of tension with the rest of Starforce,” Larson said.

Could there be a romantic element as well??

ABC News and Marvel are both owned by parent company Disney.