The footage, which features the two singers in the middle of a whimsical winter wonderland, debuted Thursday, Nov. 19, via Facebook.

It can be viewed here.

"Hallelujah," which was co-written by Legend, appears on Underwood's first-ever Christmas album, "My Gift," which also features a duet of "Little Drummer Boy" with her 5-year-old son, Isaac.

"My Gift" was released Sept. 25 and features 11 songs in total, two of which the "American Idol" winner co-wrote. Those originals from her include "Let There Be Peace" and "Sweet Baby Jesus," which appear alongside other holiday-themed favorites such as "Silent Night." The Amazon Music version of the album also features an exclusive song, "Favorite Time of the Year," which Underwood also co-wrote. 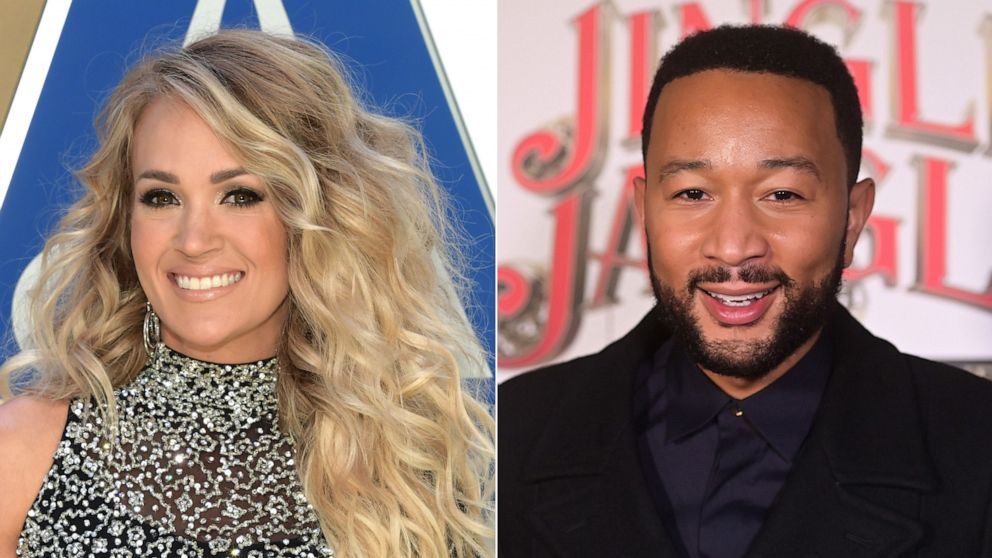 "This song and its message is much needed right now and I'm honored to have it on my Christmas album, 'My Gift,'" the 37-year-old shared at the time. "I hope you like it."