It was a real possibility that AJ McLean would be dancing with a new partner Monday night after dance pro Cheryl Burke suffered a terrifying head injury.

"Dancing with the Stars," which celebrated all things scary for a special Halloween-themed episode, experienced a terrifying situation when Burke, 36, slipped while rehearsing the day before.

The two took a tumble when practicing their tango, with Burke slamming her head hard on the ballroom floor. McLean, 42, said he heard her head strike the floorboards and called for medical assistance.

Footage of the accident's aftermath showed the dancer putting on a brave face while pressing an ice pack to her injury.

Burke's ability to perform on Monday was temporarily thrown into question, but the dance pro powered through the pain to join her partner on the ballroom floor for their tense and creepy routine, which paid homage to the horror film "Psycho." 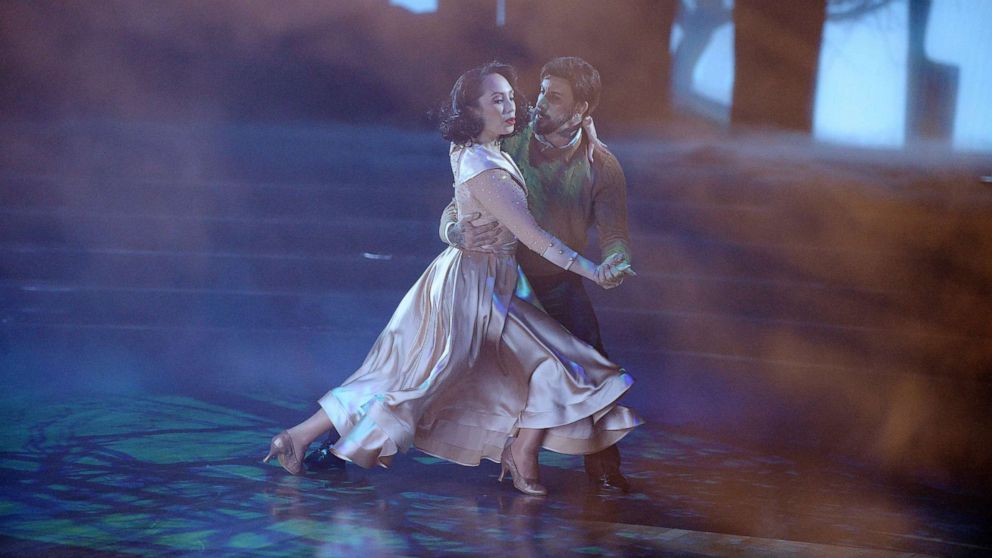 Judges Carrie Ann Inaba, Bruno Tonioli and Derek Hough praised their complicated choreography and, of course, Burke for toughing it out.

When asked by host Tyra Banks about her injuries, Burke joked, "I think I hurt my rotator cuff more than my neck, but I'm hard-headed. Thank god, right?"

McLean chimed in, saying he took her injury to heart and was mortified that she was injured in the first place.

Cheryl took a hard fall when we were practicing for #VillainsNight yesterday. I know this week’s theme is supposed to be scary, but this took it to a very real level. Thank you all for the well wishes and the love you are sending Cheryl’s way. She is the epitome of a badass and I am so proud to be her partner. #TeamPrettyMessedUp still needs your votes tonight!! Text AJ to 21523 and vote online at dwtsvote.abc.com during the eastern and central time zone airings of #DWTS -- 10x per voting method. Thank you all for the support, we love you guys so much!

"She's a freaking trooper," the Backstreet Boys singer praised, noting to Banks that all he wanted to do was protect his friend the moment he heard her head hit the floor. "She's family now. I got to protect her, just like she does for me."

The pair placed third Monday night, earning an overall score of 26 out of 30.

Burke took to Instagram prior to the show to gush about having the "best partner" that helped pick her up after the accident, which she said happened in a "split second."

"I’m so happy that I was able to perform tonight," she later added. "It was a tough 24 hours but I’m so grateful to have the support from AJ, the rest of the #DWTS crew, and all of you guys at home."

On "Good Morning America" Tuesday, McLean said he went into "straight dad-mode" wanting to make sure she was able to talk to him coherently and without "going in and out of consciousness."

For her part, Burke told "GMA" she got lucky, saying, "If that was any other floor, like concrete, I would have been out."

Though he would have danced with another pro had Burke been deemed not OK to perform, he said he didn't know how he'd feel about that "because this is a team."

"DWTS" returns Monday and, with it, a surprise double elimination, 8 p.m. ET on ABC.