Chris Harrison is walking back on comments he made defending Rachael Kirkconnell, who is competing on the newest season of "The Bachelor" for Matt James.

Harrison spoke with former "Bachelorette" star Rachel Lindsay for Extra on Tuesday regarding Kirkconnell's alleged past social media activity, which some have called racist. 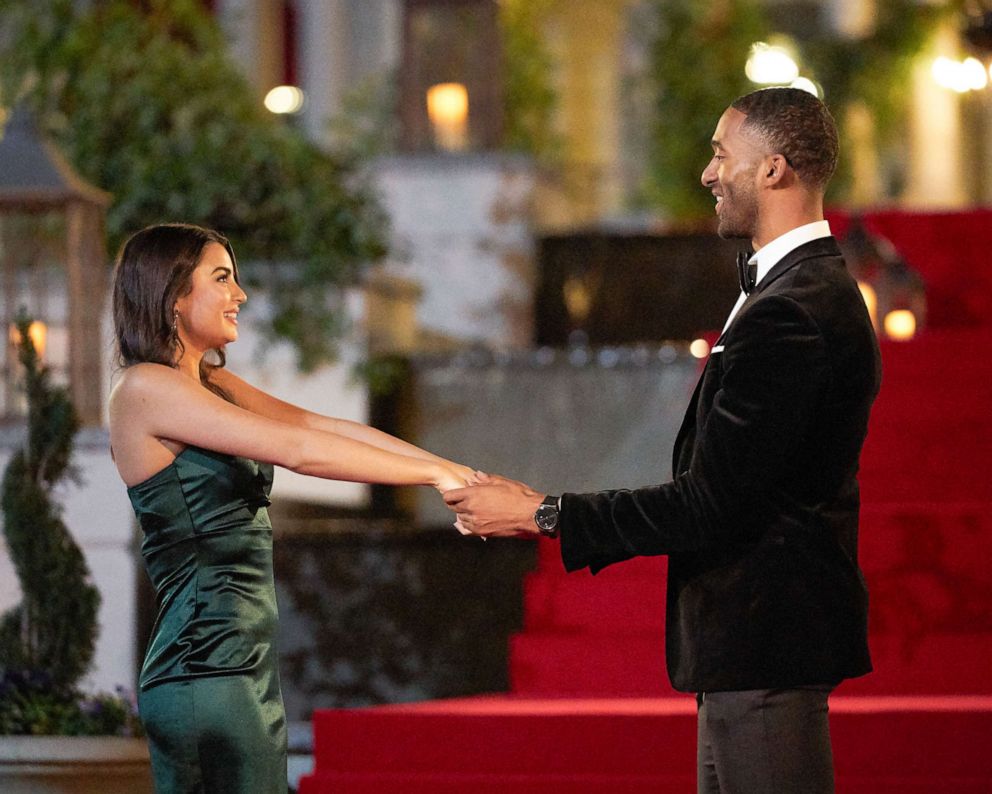 He specifically addressed photos which allegedly depict the contestant attending an antebellum plantation-themed party in 2018.

The "Bachelor" host expressed sympathy for the contestant and alluded to Kirkconnell potentially being a victim of so-called "cancel culture."

"People are just tearing this girl’s life apart and diving into her and her parents’ voting record. It’s unbelievably alarming to watch this," he said during the interview, adding that he wants to hear Rachael's side before forming his own opinion.

"I saw a picture of her at a sorority party five years ago and that's it," he told Lindsay. "Like, boom. Like, 'OK. Well, this girl is in this book now. And she's now in this group, and I'm like, 'Really?'"

Lindsay then responded, "Well, the picture was from 2018 at an Old South antebellum party ... that's not a good look."

Harrison ultimately said he did not disagree with her and was not defending the action. He added that Lindsay's perspective is "100% right in 2021" but said many attended those parties during that time.

His comments faced immediate backlash, with fans calling on Harrison to apologize for how some felt he dismissed Lindsay's concerns during the interview.

In a Instagram post on Wednesday, Harrison addressed Bachelor Nation in a public apology and agreed his past choice of words were "a mistake."

"I have this incredible platform to speak about love, and yesterday I took a stance on topics about which I should have been better informed," the statement read. "While I do not speak for Rachael Kirkconnell, my intentions were simply to ask for grace in offering her an opportunity to speak on her own behalf."

"What I now realize I have done is cause harm by wrongly speaking in a manner that perpetuates racism, and for that I am so deeply sorry," the statement continued. "I also apologize to my friend Rachel Lindsay for not listening to her better on a topic she has a first-hand understanding of, and humbly thank the members of Bachelor Nation who have reached out to me to hold me accountable. I promise to do better."