Chrissy Teigen, who revealed via her Instagram Stories that she was hospitalized for excessive bleeding on Sunday, had "really scary" experience Monday morning.

Teigen, who's about halfway through her third pregnancy, tweeted that she passed a "huge clot."

Afterward, she added, "the scramble to hear the heartbeat seemed like hours."

"I never thought I’d relief sigh so much in my liiiiife," she wrote.

Just had a really scary morning 😩 huge clot, almost save-worthy. The scramble to hear the heartbeat seemed like hours. I never thought I’d relief sigh so much in my liiiiife

Teigen, 34, has been on weeks of mandatory bed rest and said on Sunday that her bleeding issues involving her placenta have been going on for a "like a month."

MORE: Chrissy Teigen reveals the sex of her unborn baby

"Basically he's the strongest, coolest dude in the s-------t house. His house is just falling apart," she said of her baby boy. "It didn't have a good foundation to begin with, though. He didn't have the strongest chance at the very, very beginning."

"It's just hard because there's not much you can do," she added. "I'm in that weird in-between time of it being really dangerous to try anything." 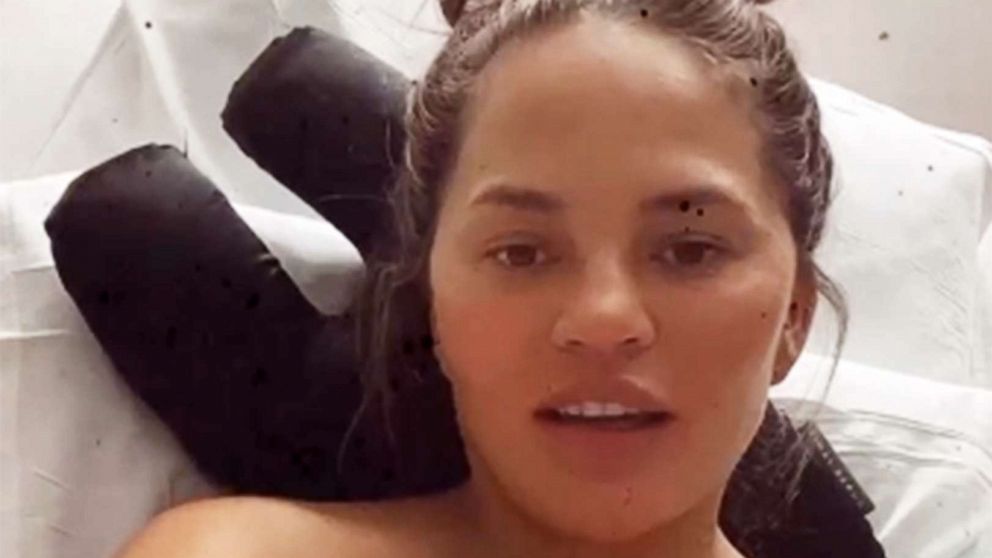 Dr. Jessica Shepherd, an OB/GYN, said Tuesday on "Good Morning America" that the "Cravings" author's bleeding problems may be caused by various issues with the placenta. They could range from "whether that placenta is lying a little bit low, closer to the cervix" to "the way that it's inserted into the muscle of the uterus."

Teigen said she is feeling "really good" despite the setback.

"The baby is so healthy," she said, noting that he is "stronger" than her two previous children were at this stage. "I'm just so excited for him."

MORE: How Chrissy Teigen found out she was pregnant with baby No. 3

Teigen's husband, John Legend, has stayed in the hospital room with her as she has undergone two blood transfusions.