The 17-year-old rising star took home "Model of the Year" Monday night at the 2018 British Fashion Awards in London.

Here's a few things to know about her! 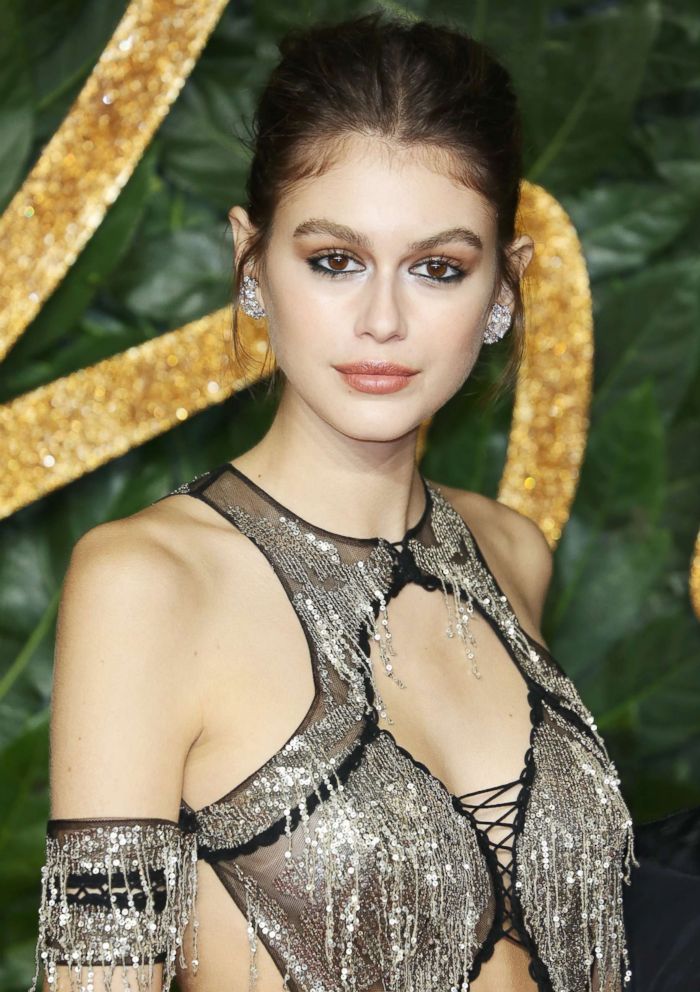 Gerber was up against the likes of Bella Hadid and Winnie Harlow last night for the award.

"Thank you for everything @britishfashioncouncil I am so humbled and honored by last night," she wrote early this morning on Instagram.

This isn't her first award though. According to People, she took home "Breakthrough Model of the Year" just two years ago at The Daily Front Row awards at the age of 15!

2 - Gerber's worked with the best of the best.

Gerber has landed coveted gigs like covers of Vogue and Vogue Italia magazines, a feat that shows you've made it in fashion.

She's also worked with other icons and brands like Karl Lagerfeld, Chanel, Omega and Marc Jacobs.

feeling very in my element at @chanelofficial this morning. thank you for bringing a little piece of home all the way to the Grand Palais! @karllagerfeld @aurelieduclos

Gerber was accompanied by the whole family Monday night at the awards, including Crawford, her brother Presley and dad Rande.

But it's her father that she calls her "forever partner in crime."

happy father’s day to my forever partner in crime @randegerber

She is really close with her family and has seen her parents give back on more than one occasion.

"I learned from my parents that they truly are happiest when they're helping other people. Just doing what you can when you can is the most important thing," she told Vogue earlier this year.

happy birthday to my dad and best friend. love you, forever young @randegerber

happy mother’s day @cindycrawford thank you for putting up with me ??

4 - She's not afraid to champion causes she believes in.

In March, she walked in the "March for Our Lives" and even held up a sign that read, "One child is worth more than all the guns on Earth."

She joined fellow marchers like George and Amal Clooney, Paul McCartney and more who supported the cause bolstered by the survivors of the Parkland, Florida school shooting.

5 - Her famous mother taught her some important lessons.

Gerber told Vogue her mother's greatest tip was, "Don't do anything you don't want to do and follow your instincts."

"I've seen her do that and how far it's gotten her," she added.

i just don’t see the resemblance

But Crawford has also let her become her own woman and model.

"She's never given me a catwalk lesson. I've definitely watched her work, but we're not at home just walking down the hallways of our house together!" she says.