Just when Clayton Echard thought the fallout from his controversial "Bachelor" season 26 finale was over, the season 19 premiere of "The Bachelorette" thrust him back into the spotlight.

As viewers may recall, Gabby Windey and Rachel Recchia were devastated when Echard simultaneously broke up with both of them during his season of "The Bachelor," following his admission that his heart belonged to Susie Evans, who had previously left the show.

A number of Windey and Recchia's suitors brought up the incident during their introductions on Monday's premiere, including one contestant who hired a choir to sing, "Clayton Sucks."

Unsurprisingly, both Echard and Evans had some thoughts.

"It feels like now, even more than when the show first kind of aired, I feel like I'm getting a lot of heat," Evans told Kaitlyn Bristowe during an appearance on the former "Bachelorette" star's "Off the Vine" podcast, saying she had received "really intense messages."

"I was annoyed," she continued. "My fear is, like, does this open the floodgates back up of, like, all the hate and stuff? So that's where I was like, 'Oh, my gosh, really?'" 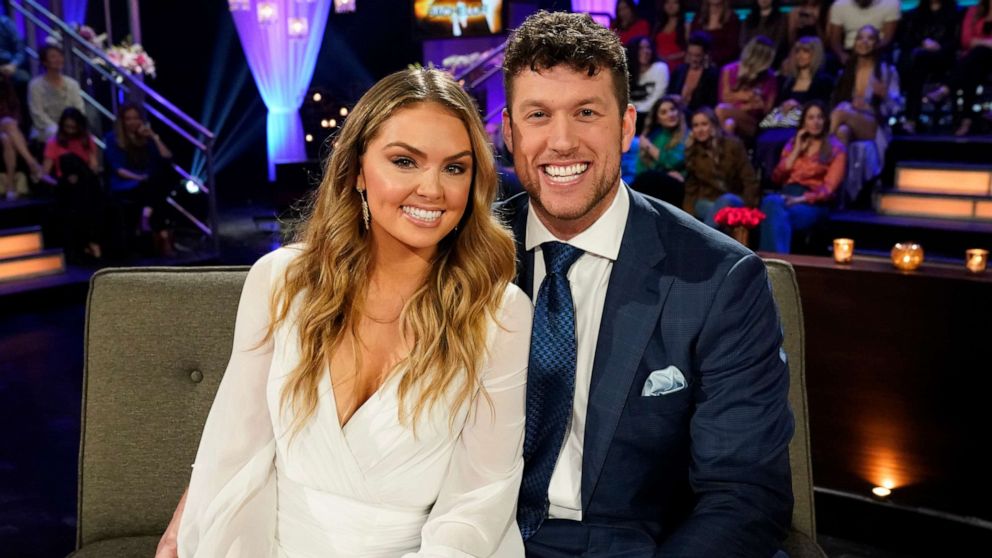 Echard, on the other hand, is confident the negative attention will pass -- but said he also thinks the attacks went a little too far.

"I do think it was cyberbullying or an attack or it's going to lead to cyberbullying. So for that, I'm not the biggest fan of how that was shown, but it was," he said, calling it "just the nature of the beast." He added, "I'm not gonna lose sleep over it at this point anymore."

At the same time, Echard said he was grateful that Windey and Recchia weren't encouraging of the criticism directed at him.

"They said that on [the premiere], 'We don't really want to be bringing his name up, this is about our journey,'" he remarked. "So I was like, yeah absolutely, I get it. There's going to be some crossover, but I imagine it won't last."

Evans said she and Echard "struggled individually" with the intense social media attention after his "Bachelor" season, but noted that it had "ultimately made us closer."

"The Bachelorette" airs Mondays at 8 p.m. ET on ABC.