The wait for "WandaVision" is nearly over.

The long-awaited miniseries starring Elizabeth Olsen and Paul Bettany as a suburban couple reassessing their lives will hit Disney+ on Friday, Jan. 15, along with the third season of "Elena of Avalor," "Doctor Doolittle 3," "Isle of Dogs" and "Mary Poppins Returns."

In the weeks beforehand, new titles premiering on the service include "Mr. Popper's Penguins," "The Wolverine" and "Ferdinand." Later in the month, offerings will include the entire "Dinosaurs" series and a collection of mini-shorts titled "Pixar Popcorn."

"Beyond the Clouds: A Firm Handshake"

MORE: Holiday movies and TV episodes to stream on Disney+ 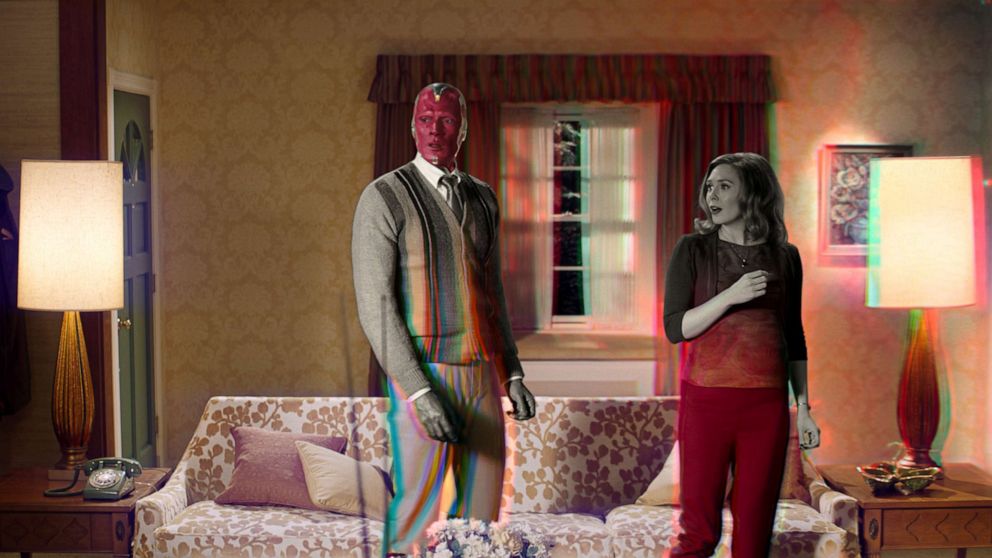 "Beyond the Clouds: The Anatomy of Emotion"

"Beyond the Clouds: The Concert of a Lifetime"

"Beyond the Clouds: The Finishing Touches"