Hulu's December arrivals have something for everyone.

If you're looking for a laugh, new episodes of popular comedy "PEN15," starring Maya Erskine and Anna Konkle, hit the streaming platform on Dec. 3, while the second season of adult animated comedy series, "Crossing Swords," starring Nicholas Hoult, arrives on Hulu on Dec. 10.

MORE: shopDisney has a new Darth Vader LEGO sets that you can shop now

According to the film's synopsis, "A young woman and her boyfriend go on a treacherous journey of escape as their country is caught in an unexpected war with artificial intelligence. Days away from the arrival of their first child, they must cross a stronghold of the android uprising, in hopes of reaching safety before giving birth."

If you're looking for something a little more festive during the holiday season, look no further than "Candified: Home for the Holidays." The show features "Candy Queen" Jackie Sorkin and more artists creating homes made entirely out of candy.

Hulu subscription plans start at $6.99 per month, and there is a bundle offer featuring Hulu, Disney+ and ESPN+ for $13.99 per month.

See a complete list of titles arriving on Hulu in December below. 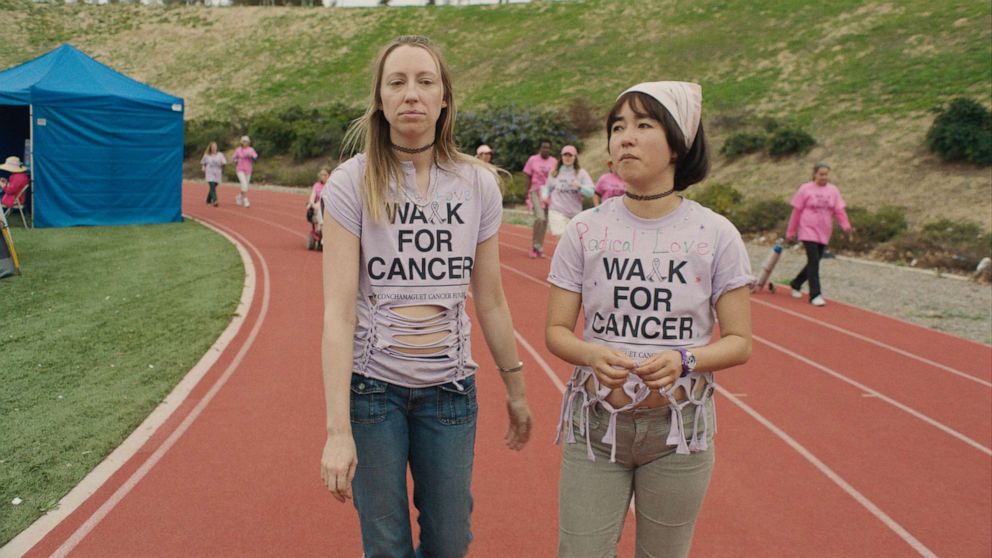 Hulu
Maya Erskine and Anna Konkle star in an episode from the second season of the show, "PEN15," on Hulu.