"Hold Me Closer," Elton John's new collaboration with Britney Spears, won't be released until this Friday, but we now have our first taste of the track.

John posted a 14-second snippet of the song on TikTok.

It features Spears' voice singing the chorus of his 1972 hit "Tiny Dancer" -- "Hold me closer tiny dancer/ Count the headlights on the highway" -- paired with his original vocal over a dance beat, with some "woo-hoos" in the middle.

The song has a vibe similar to John's 2021 hit "Cold Heart," which featured original vocals from his 1989 song "Sacrifice," paired with Dua Lipa singing the chorus of his 1972 hit "Rocket Man" and part of his 1983 single "Kiss the Bride."

He also shared a preview on Instagram, singing along to the track.

The cover art for their highly anticipated collaboration was also recently released.

The single's artwork features a famous picture of John as a child sitting at a piano, as well as a photo of Spears as a little girl wearing a pink dance costume. 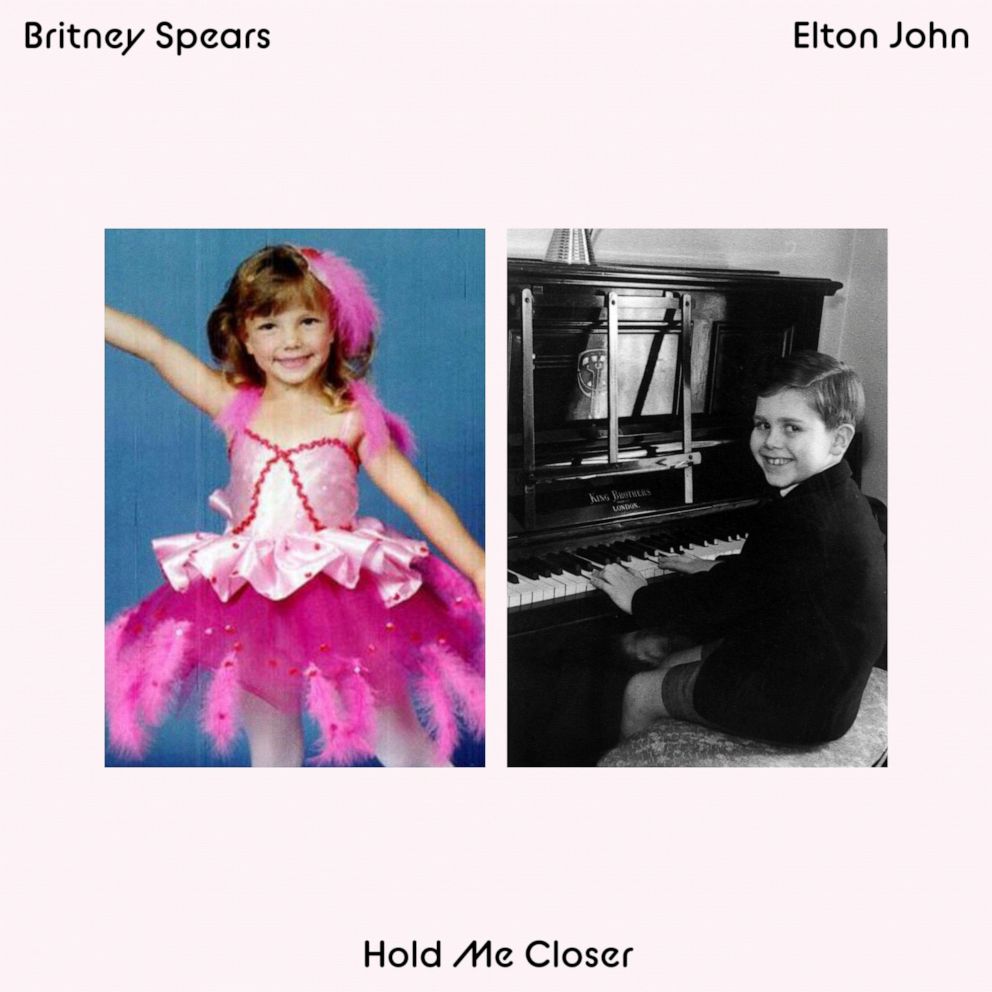 While she did put out three tracks in 2020, each song was an original recording for "Glory" that hadn't made the final cut. The songs were included on the deluxe reissue version of the album.

You can pre-save "Hold Me Closer" now.