After a season full of self-discovery, growth and, for some, overcoming COVID-19 -- the four couples who made it into next week's "Dancing With the Stars" season 30 finale are JoJo Siwa, Iman Shumpert, Cody Rigsby and Amanda Kloots.

Sadly, that meant Melora Hardin and Suni Lee's quest for the Mirror Ball trophy came to an end following another shocking double elimination.

While difficult to bid farewell to two talented dancers, judges Carrie Ann Inaba, Bruno Tonioli, Len Goodman and Derek Hough commended the quality of this year's competition, marveling over everyone's improvement since day one and the individual talents they brought to the ballroom.

Despite towering over his pro dance partner Daniella Karagach, the judges praised Shumpert for learning how to use his height to his advantage. Hough raved following the athlete's tango, "You debunked the myth that it's impossible to have a beautiful frame with that height difference." The judge also noted, "There's a reason why you've come the furthest than any other NBA player, ever." 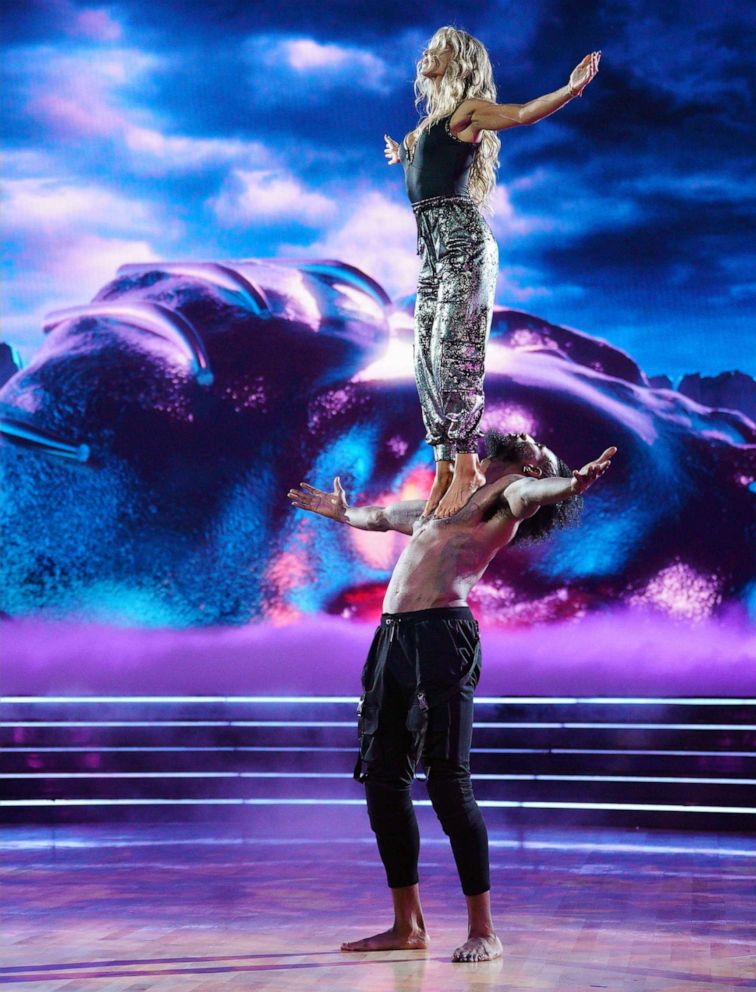 Christopher Willard/ABC
Daniella Karagach and Iman Shumpert perform on ABC's "Dancing with the Star," during an episode that aired on Nov 15, 2021.

Rigsby, whose "DWTS" journey was nearly derailed after he and pro dance partner Cheryl Burke tested positive for COVID-19 and had to perform virtually, was saluted for his improvement. After the Peloton instructor's Argentine tango, Goodman said, "The first four weeks of the show, you got a 6 from me and, when I watched this, you have come so far."

Host Tyra Banks also revealed that Burke has not competed in the finals since season 17 of "DWTS," which aired in 2013.

Siwa and Kloots, who both entered the competition with prior dance experience, were applauded for their willingness to take constructive criticism and push themselves on the ballroom floor. 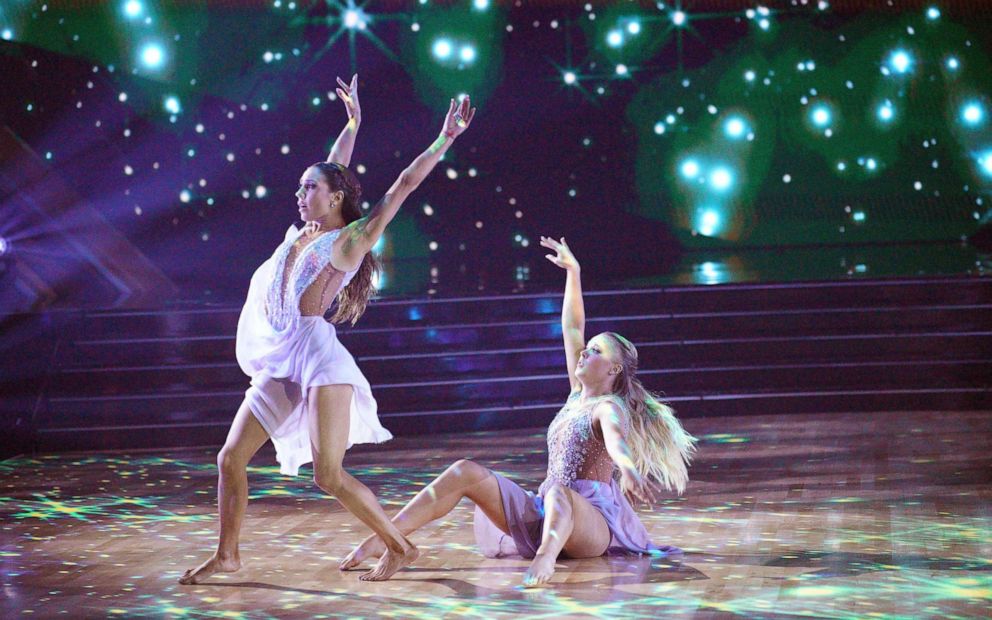 Christopher Willard/ABC
Jenna Johnson and Jojo Siwa perform on ABC's "Dancing with the Star," during an episode that aired on Nov 15, 2021.

For Siwa, who is the first contestant in "DWTS" history to compete with a same-sex partner, the judges enjoyed how she and Jenna Johnson have learned to perform as if they "were an extension of one being." Following their second dance, Hough also announced the two performed "the best contemporary dance we've ever seen on the show, ever."

Complimenting Kloots, the judges dubbed her "the most consistent dancer" of the season. Her standout moment finally came at the end of the night, when she performed a contemporary routine to her late husband Nick Cordero's song, "Live Your Life" with partner Alan Bersten. Everyone was overcome with emotion and Carrie Ann marveled, "You transcended beauty and perfection. You just made something. There are no words."

"Dancing With the Stars" returns next Monday for its season finale at 8 p.m. ET on ABC.