"I knew Weird Al's music a bit growing up in the U.K.," Radcliffe said in an interview Wednesday on "Good Morning America." "But my full kind of indoctrination into Weird Al came when my girlfriend and I started dating 10 years ago and her family are also all huge Weird Al fans -- it was like the soundtrack of our Christmases and road trips."

The comedy film, "Weird: The Al Yankovic Story," spans the outrageous life and career of the musician, who also appears in the movie as president of a record label.

"People actually did not recognize Al on set that day," Radcliffe revealed. "He was just walking past people and people were going, 'Where's Al?' because without the hair you don't clock him in the same way." 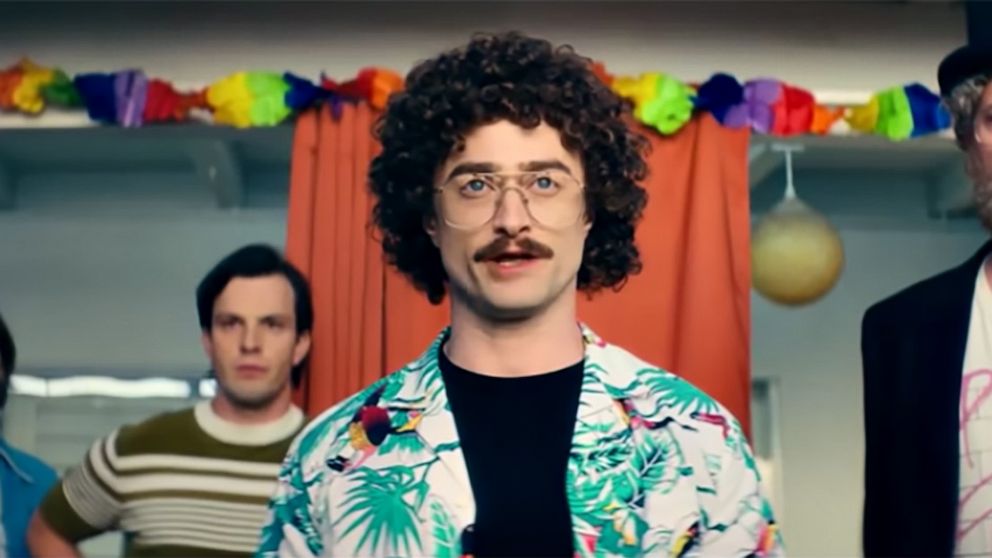 Radcliffe also said he took it upon himself to tackle a new musical talent for the role.

Radcliffe's tongue-twisting performance of "The Elements" on "The Graham Norton" show a decade prior is what helped Radcliffe land the starring role.

"Ten years ago, I performed a song by another comedy song writer, Tom Lehrer, on a chat show in the U.K., and he saw me do that and is also a fan," Radcliffe said. "You never know what going on a talk show can do for you."

But when it comes to one day getting a biopic about his storied career and life, Radcliffe already has the perfect person for the role.

"There's only one answer for this really and it's Elijah Wood; we can trade off and do each other's biopics," he said.

"Weird" will be released Nov. 4 on The Roku Channel.