Missed Garth Brooks' recent drive-in concert and looking to check out another artist? You're in luck.

Several artists from various areas of entertainment are taking the stage this July to deliver epic performances for audiences, while safely abiding by social distancing measures amid the COVID-19 pandemic.

From Brad Paisley's upcoming drive-in concert series to stars of "RuPaul's Drag Race" joining forces for shows across the country, there are plenty of upcoming events to mark on your calendar.

MORE: Why Michael B. Jordan is playing free movies at drive-ins across the US all summer

Check out some artists who are putting on upcoming drive-in concerts for their fans:

The singer's drive-in concert will debut at drive-in theaters across the country on July 25. His partner Gwen Stefani and artist Trace Adkins will appear in the pre-recorded concert.

"This is such a great way to enjoy music with your family and friends and stay safe," Shelton said in a statement. "I'm excited we're getting the chance to perform a concert for fans, and we're going to go back and play old hits like 'Austin,' newer songs like 'God's Country' and we might even introduce something brand new!"

The country singer is one of the headliners for Live Nation's upcoming drive-in concert series, kicking off Friday, July 10 in St. Louis, Missouri. Tickets are as low as $125, and each accounts for one car with a maximum of four people in it.

Ticket holders can sit outside of their cars in their own "personal tailgate zone" -- about the size of a two-car garage -- to enjoy the artists' performances.

Designated space will be left around vehicles to help audience members uphold social distancing guidelines. Other safety measures include contactless ticket scanning through car windows and the requirement for all venue staff to wear masks.

Each ticket for a show accounts for one car with two people in it. Any additional passengers in the vehicle are $20 each.

He is performing for one night only on Sunday, July 12 at Nissan Stadium in Nashville, Tennessee. Rucker also recently announced that he is participating in CMA's upcoming virtual Stay-Cay event on July 1. 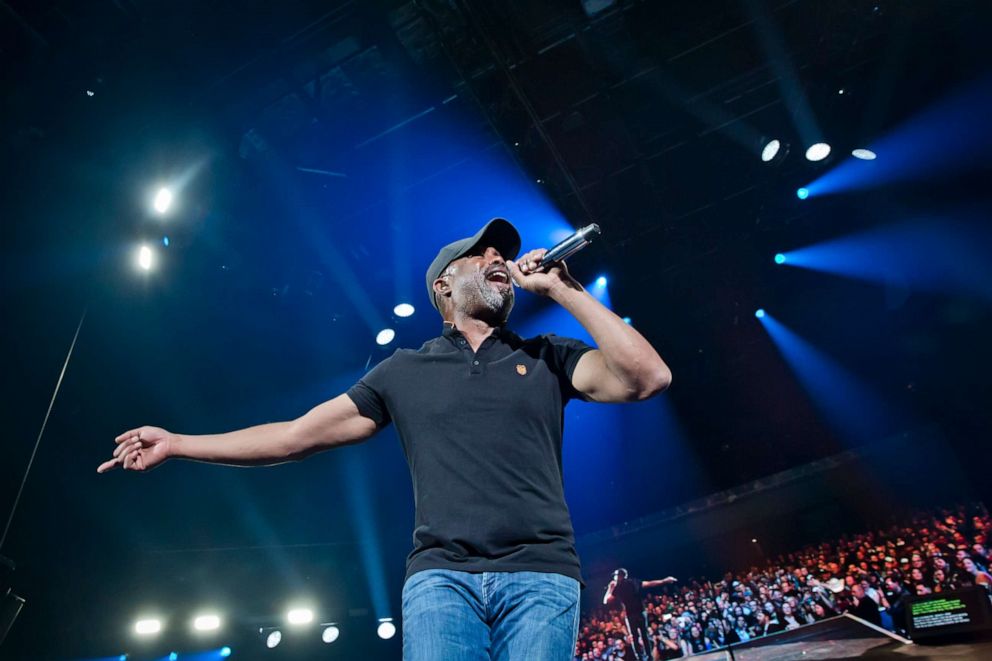 Frank Hoensch/Redferns via Getty Images, FILE
Singer Darius Rucker performs live on stage during a concert at the Country To Country Festival on March 7, 2020, in Berlin.

The band will perform at the NOLA Drive-In series on July 24. Bands including Tank and the Bangas and Galactic are also scheduled to perform for the concert series.

Many tickets are available for as low as $100.

The Christian rock band is hitting several states for its drive-in tour, including Texas, Arkansas, Oklahoma, Texas, Florida, North Carolina, Kentucky, Indiana and more. Tickets are as low as $100 per car with up to six people in the vehicle.

"We can't wait to get back on the road & seeing you all again!" the band wrote on Instagram.

Dates: Full list of dates and destinations available at https://www.driveintheatertour.com/castingcrowns.

Andrew McMahon, from rock bands Jack's Mannequin and Something Corporate, will host three drive-in shows in California on July 10, 11 and 12th.

"In a time where shows are scarce, this is an opportunity for us to gather safely and celebrate live music under the stars," the singer wrote on Instagram.

"It also felt like the perfect time to celebrate the 15th Anniversary of 'Everything In Transit,' which my band and I will be playing front-to-back, in addition to other favorite songs from The Wilderness and Something Corporate," he added.

The country artist is also one of the many artists taking part in Live Nation's "LIVE FROM THE DRIVE-IN" experience. He will be performing in Tennessee and Indianapolis. 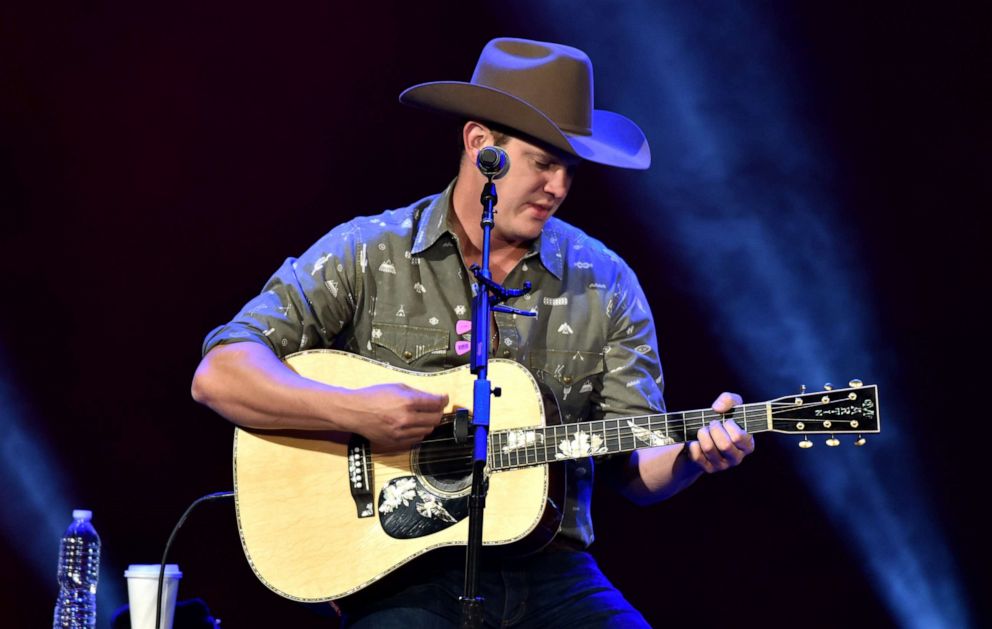 The popular tribute band will put on a drive-in concert at Mohegan Sun Arena at Casey Plaza in Wilkes-Barre, Pennsylvania. Tickets are as low as $96 with a maximum of four people per car.

There will be some guidelines in place to ensure concertgoers safety. A notice on the band's social media reads: "Patrons are permitted to leave vehicles to use portable restrooms and will be required to wear masks and adhere to social distancing."

The rapper will celebrate the 20th anniversary of his debut studio album "Country Grammar" at a drive-in show in Maryland Heights, Missouri. 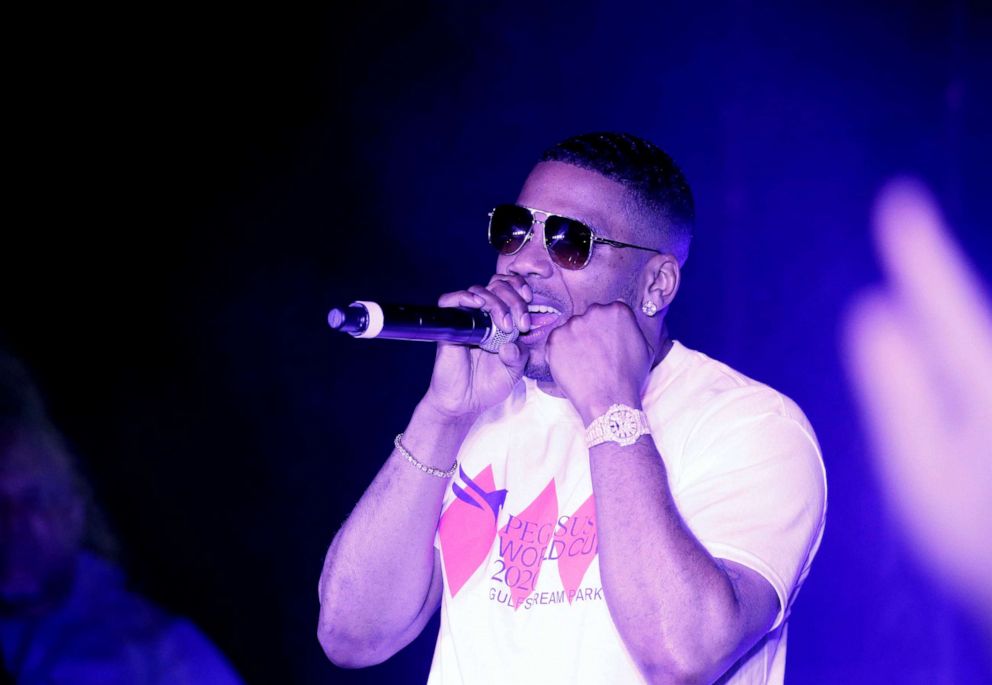 If you're looking for more entertainment this summer, actor Michael B. Jordan's production company Outlier Society partnered with Amazon Studios to bring free movie nights to drive-ins across the nation.

Jordan chose every movie that will be played: some of his choices include "Crazy Rich Asians," "Hook," "Creed" and "Coming to America." Learn more about that drive-in experience here.