This month's book club pick is an entertaining debut novel about a multicultural family, in which a dying billionaire matriarch leaks news of her death early so she can examine her legacy.

The novel follows Dava Shastri, one of the world's wealthiest women. When she's diagnosed with brain cancer at the age of 70, she gathers her family on a remote island under the guise of a holiday retreat, where she's arranged or the news of her death to break early, so she can read her obituaries. 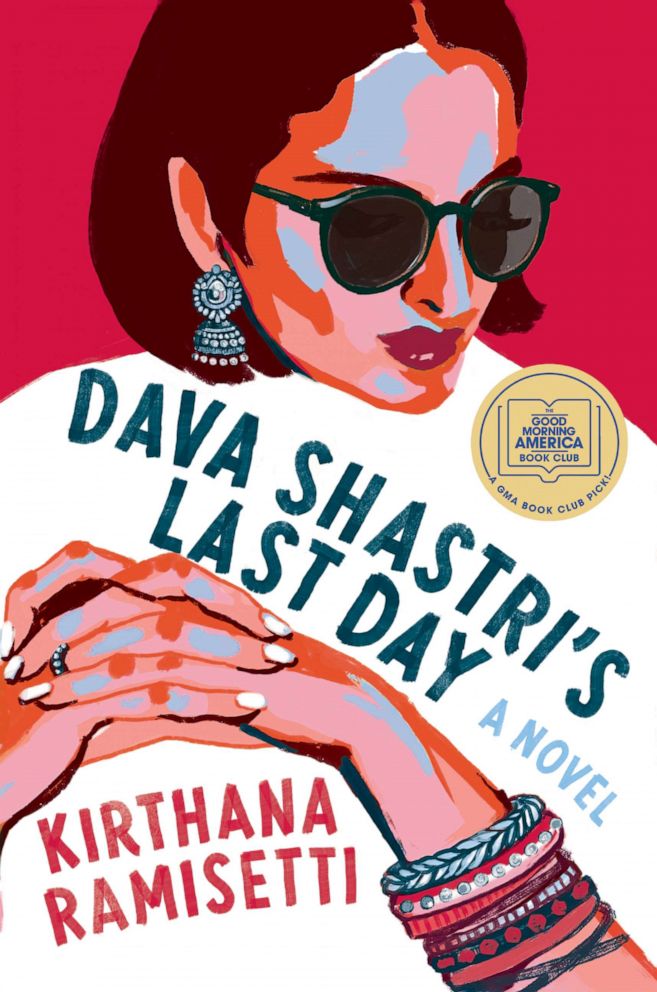 While Dava expects to read articles lauding her philanthropic work and dedication to the arts and the empowerment of women, her "death" instead reveals two devastating secrets, truths she thought she had buried forever.

With the world aware of her secrets, including her children, she must come to terms with the decisions that have led to this moment -- and make peace with those closest to her before it's too late.

"It's about family dynamics and dysfunction," Ramisetti told "GMA." "Right now, we're in the middle of the holiday season, which means many of us will be gathering with our loved ones. And this novel is so much about how we love our family and can find them frustrating in equal measure."

"As the Shastri clan get together for Christmas, a lot goes down, including the shock of family secrets revealed, the push-pull of familial obligations and sibling feuds finally boiling over," Ramisetti added. "I'm such a fan of multigenerational family sagas and was so excited to write this one and explore what happens when these family members finally get to know each other for once and for all over the course of this fateful holiday together." 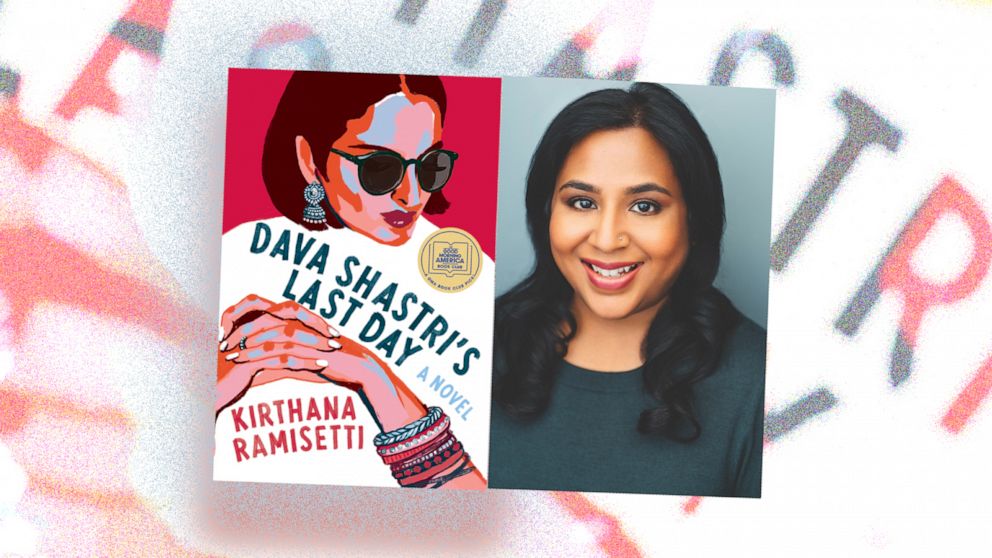 This month's book club pick is an entertaining debut novel about a multicultural family, in which a dying billionaire matriarch leaks news of her death early so she can examine her legacy.

Shastri's husband, Arvid Persson, passed away at age 46 in 2020. She is survived by four children and four grandchildren.

This story will be updated as more information becomes available.

Dava did not expect to howl with laughter after reading her obituary. But she had been lying awake in bed since dawn, alternating between giddiness and anxiety as she speculated how the story would break. So to see her death announced with a breaking news bulletin—the kind usually reserved for politicians and pop stars—overwhelmed her with delight.

She wanted the view from her master suite to reflect her victory: a smiling sun over the water, or the rare sight of a humpback whale breaking the waves in a magnificent splash. But the outside world remained a white shell, with Beatrix Island blanketed in ice as if enclosed in a snow globe. Even so, her joy could not be contained, and she clapped a hand over her mouth to stifle her laughter. The sudden movement worsened her ever-present headache, and to distract from the pain, she returned to the article and focused on the word "influential." Dava enlarged the obituary until "influential" was the only word left on the screen, and marveled at how smoothly she had been able to turn her plan into reality. "Easy peasy," as her late husband, Arvid, would say.

The harder part would be explaining this to her family. She needed to tell them what was going on but wanted to savor her accomplishment a little longer. Their interweaving voices rose up from the first floor, mostly lamenting the weather. God, I need coffee. Next Christmas we're going to Hawaii. Dava could pick out her children's voices most clearly, having spent a lifetime listening to Arvie, Sita, Kali, and Rev tease and argue with each other.

Dava didn't mind their noise. The chatter reminded her of a time before she was an empty nester, and provided a welcome contrast to her bedroom's stillness. Designed to be an "oasis of no-tech tranquility," the room was several shades of lavender, from the silk damask wallpaper to the limestone fireplace. The one exception was the king-size bed, one of only two hundred that existed in the entire world, a stupidly expensive cream puff of cashmere, silk, and cotton with real gold and silver threads stitched into the headboard. Dava felt tiny and adrift whenever she slept in it, since the bed rippled across half the room like an infinity pool. She had wanted her bedroom to feel like a refuge, but within its walls she instead felt like a queen whose subjects were planning to overthrow her.

The soft knock on the base of her skull persisted, so Dava put on her noise-canceling headphones. Though she enjoyed the Shastri-Persson clatter, she feared aggravating her headache. Wearing them reminded Dava of a vastly different climate, hot, sticky Arizona, lying on her twin mattress with her head happily stuck between headphones, the rest of the world silenced by music.

In an instant, her family's cacophony dispersed into whiteout silence. Yet as much as she needed to guard against a migraine, the lack of noise instilled in her a low, humming anxiety threatening to explode into a panic attack. She hoped the sight of the obituary would help her calm down. But the tablet had disappeared somewhere in the layers of her plush bedding, so Dava snatched her BlackBerry off the nightstand instead. She pulled the covers over her head until every inch of daylight was obscured, then rolled the device's trackball up and down with her thumb, which for her was akin to putting a damp towel on a feverish forehead. The ancient smartphone, with a crack in the left-hand corner and the letters on the keyboard faded from overuse, dated back to her Medici Artists years. Now, it only served one purpose: as a time machine.

A few months earlier, Dava had paid an exorbitant amount to have the device restored so she could access all of her and Arvid's text messages. She had always thought of her life in cinematic terms, and the BlackBerry period, spanning a near decade at the start of the twenty-first century, was the sunny montage with a feel-good pop song that came right before the inevitable complication in the second act.

As her distress lessened with every thumb roll of the trackball, Dava gave herself permission to read her old text messages. Her brand as a philanthropist was built on progressivism, which she often summed up in interviews as "look forward and live forward." Yet in her personal life, she was embarrassed by her bouts of sentimentality and likened them to hoarding: a shameful habit she strove to keep hidden from the rest of the world, especially her children.

As she had done with increasing frequency in the past month since her terminal diagnosis, Dava closed her eyes and scrolled through her texts, and then looked to see which part of her life she had landed on.

When will you be home? This was a common text to receive from her husband and no doubt the one he sent the most often during their marriage. So Dava scrolled again, as if she were playing her second-favorite childhood game show, Wheel of Fortune, hoping to land on a fabulous prize. Her second time out, she landed on the following message: I swear I saw Bono in line at Zabar's. This is totally him, right? She couldn't load the attached photo, but from what she could remember, he had photographed a man with flaming red hair, wraparound shades, and a leather jacket. Dava snorted when she saw her reply: No way. If Bono is a redhead, then I'm Julia Roberts. Arvid was always thinking he had spotted stars in their Upper West Side neighborhood, surreptitiously snapping their photos and sending them to Dava for confirmation. He had stopped his hunt when they started actually meeting celebrities as part of her work, first with Medici Artists and later with her foundation, and Dava had been a little sad her success deprived Arvid of his hobby and made encountering them a little less magical.

But it had never lost its magic for her. Because she had been able to work her way up from nothing into a rarefied circle, in which she was not gawking at the elite, but one of them. And the fruits of all that effort would mean her life, and her death, would have a genuine impact on the world.

She needed to see the obituary again. Dava stripped the bed of its covers, then took off her headphones so she would have all five senses to help her locate her tablet, which had ended up at the foot of the mattress. She climbed back into bed, switched on the device, and gazed at the word "influential" with fascination until the screen went dim. Is that how my life will end, she wondered, fading brightness and then a sudden cut to black? But she didn't want to think about endings yet, the totality of it all. There were still words to read, words of praise about all she had achieved. The darkness on the other side of living could wait a little longer.

She had almost fallen asleep when she was startled by her bedroom door sharply swinging open. Arvie stood in her doorway.

"Mom? Why is the news saying you're dead?"