In her first major interview in more than a year, Demi Lovato reflected on what she’s learned since a much-publicized drug overdose.

The "Confident" singer, who was in Los Angeles for the Teen Vogue Summit, spoke about a myriad of things, but above all talked about how she’s been doing.

"What I see in the mirror [is] someone that’s overcome a lot. I’ve been through a lot and I genuinely see a fighter," she told Teen Vogue Editor-In-Chief Lindsay Peoples Wagner. "I don’t see a championship winner, but I see a fighter and someone who is going to continue to fight no matter what is thrown their way."

This was Lovato's first interview since she was rushed to the hospital for an apparent drug overdose. While the details of that day are still unclear, the singer, who has always been transparent about her struggles with substance abuse and mental health issues, took to social media months later to address inaccurate media reports and say that she needed "space and time to heal."

On Instagram, she addressed her struggles head on and said, "I’ve learned that this illness is not something that disappears … It is something I must continue to overcome and have not done yet." 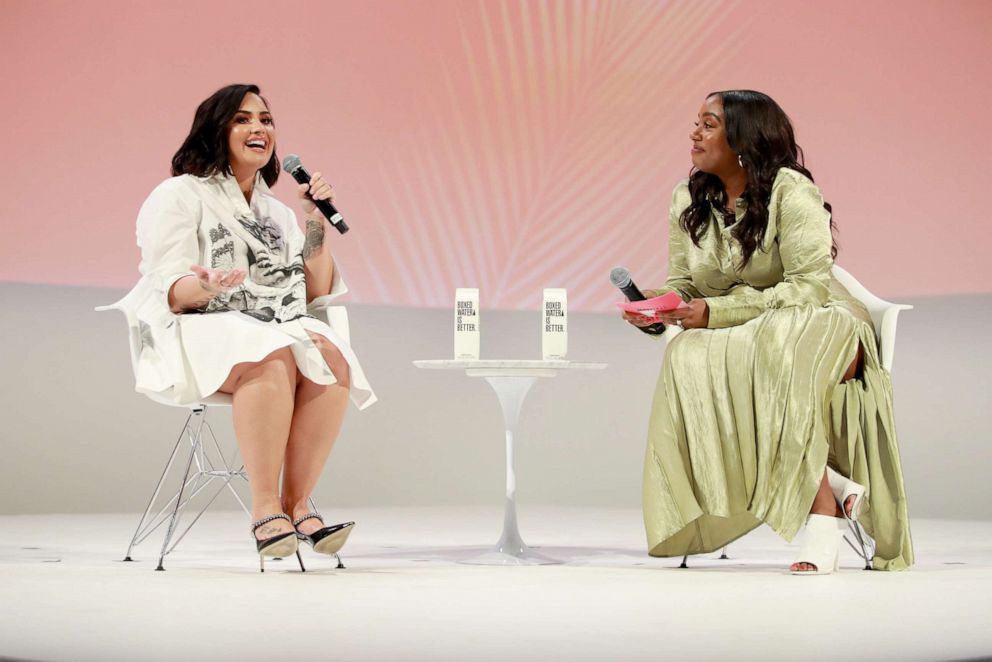 It’s been a long year for the singer, but the road has led her to focus on her health and combatting her demons, including the way she deals with body image.

"A huge thing for me has been body acceptance. I feel like something that hasn’t been really spoken about is body acceptance," said the singer, who has dealt with an eating disorder in the past. "We hear about the term 'body positivity' all the time, but to be honest, I don’t always feel positive about my body. Sometimes I look in the mirror and I’m like, 'I do not like what I see.'"

She added, "But in those moments, I don’t sit there and dwell on it. I also don’t lie to myself."

No photoshop pls & thank u. Also big thanks to @izabelag4 & @maremareswimw for my new fav bikini... y’all know my thing for leopard print bikinis and now of course lime green 💚💚💚

Lovato revealed that in the past she was going to the gym to an unhealthy extreme and said that she used to go only to fit into tight clothes. She also said deprive herself of certain foods. But now her approach to health has turned a complete 180.

For the days when she feels like she isn’t confident about the way she looks, she reminds herself to accept her body and express gratitude for it.

(MORE: How your coffee date can protect your mental health, plus 5 other tips you need to read now)

"All I have to say is, 'I’m healthy.' And in that statement, I express gratitude," she said. "I am grateful for my strength and the things I can do with my body. I am saying I'm healthy and I accept the way my body is today without changing anything." 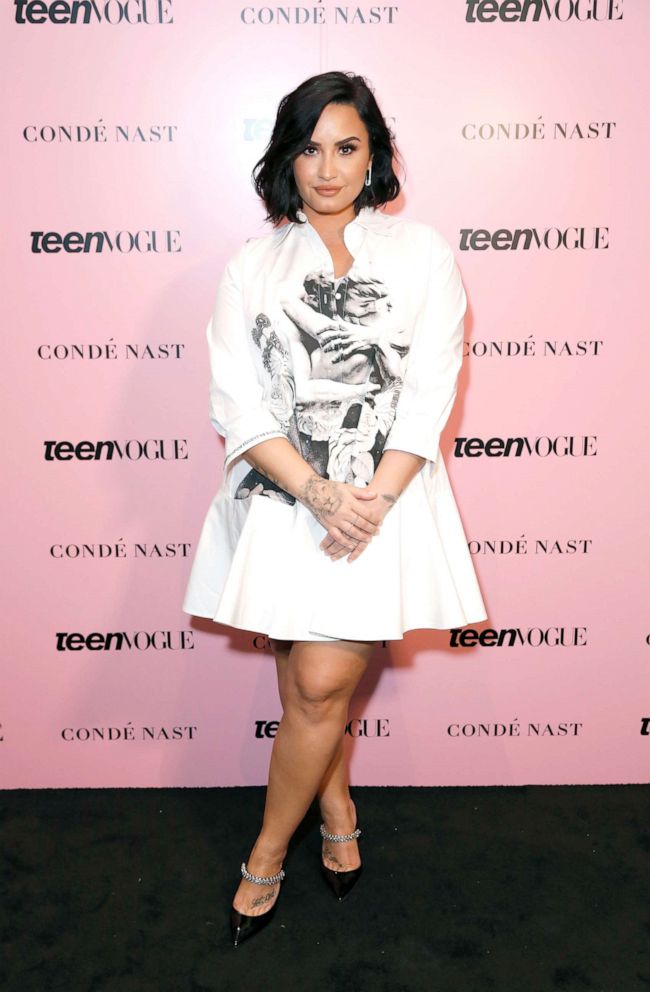 Overall, Lovato said she loves the person that she is today and said she wishes that she spent more time being herself than focusing on being a role model.

She told her fans, "Life is not worth living if you’re not living it for yourself. And if you’re doing things for other people, it’s not gonna work out."

Lovato is taking steps to move forward and teased that she has new music coming -- at some point.

"I didn't say when," she joked, as the crowd cheered. "Now I'm just teasing you."

If you are in crisis or know someone in crisis, contact the Crisis Text Line by texting HOME to 741741.