The singer, who hit the stage for her first major public performance since her 2018 overdose, performed her new song "Anyone" for the first time at the star-studded award show.

"Anyone, please send me anyone. Lord, is there anyone? I need someone," she sang onstage, overcome with emotion. Her heartbreaking performance received a standing ovation.

Lovato revealed that she created the song shortly before her overdose in an interview on ‎New Music Daily with Zane Lowe for Apple Music’s Beats 1 last week.

"I was recording it in a state of -- where I thought I was OK, but clearly I wasn't," she said on Friday's show. "I even listen back to it and I'm like gosh, I wish I could go back in time and help that version of myself."

The singer, who is now clean and sober, added that she views the track as "a cry for help." 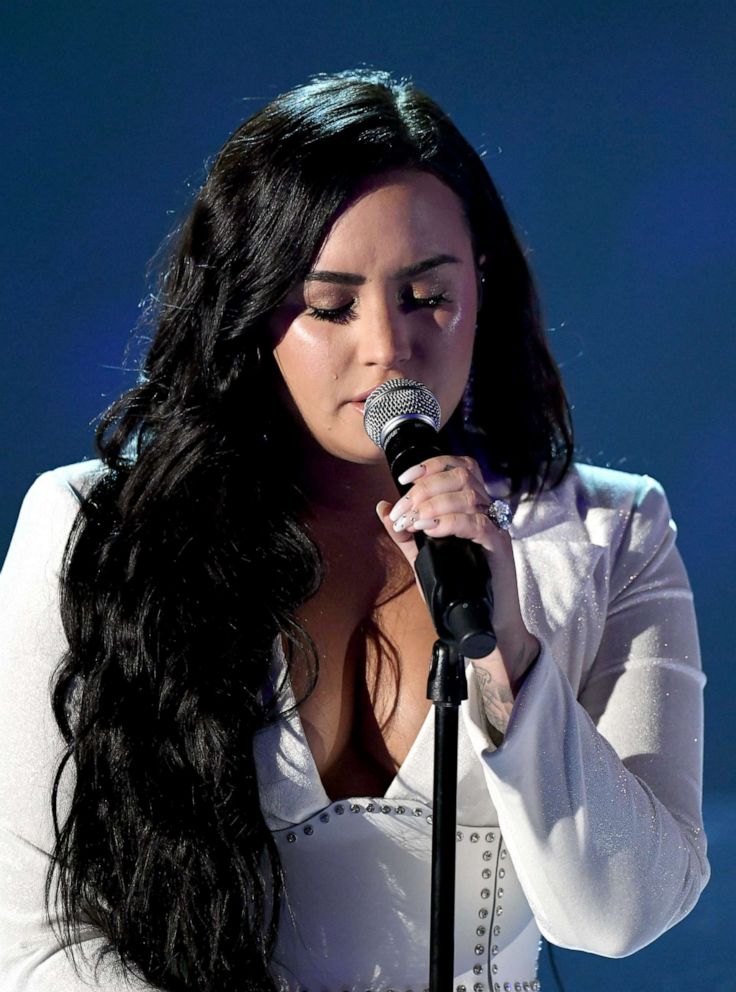 "You kind of listen back to it, and you think, 'How did nobody listen to this song and think let's help this girl?'"

Demi Lovato is opening up on life after her overdose and her return to the stage. @arobach has the story. https://t.co/0IiQPJ8uiL pic.twitter.com/uQDaH2NcLf

She also revealed how she's coped and moved forward after the hardships she endured.

"When I'm struggling and I'm going through a rough time, I look toward the future for hope," she said. "To change my perspective on things, especially when I go through something difficult, I stop and I think 'OK, why is God putting me through this?'"

Her main focus is on her "family and friends" since changing her life after her near-fatal overdose.

She admitted that she's had "errors in judgment" in the past when it comes to the people she surrounds herself with -- and still does from time to time.

"You have to make a decision every time, of like, is this someone that I want around," Lovato said. "If it's not conducive to your journey that you want to be on, there's no need for them to be in your life."

Aside from her future in the music industry, the star also has set her sights on having children.

"I want to start a family. That would be dope ... and I don't know if I see it with a man or a woman. But like, I just know that at some point, I would love to do that this decade."