By Hayley FitzPatrick, Rebecca Anderson, Ella Katz
Share —
Sign up for our newsletters to get GMA delivered to your inbox every morning!

The new track from the best-selling Irish singer-songwriter, who has nearly 4 billion streams across multiple platforms, follows his signature style of embracing emotion and vulnerability. The song's lyrics center on the timelessness of a deep connection.

In a recent interview with "Good Morning America," Kennedy explained that the idea for "Kiss Me" actually came from a famous piece of literature -- F. Scott Fitzgerald's novel, "Tender Is the Night."

"It's the idea that no matter how difficult things get, the best version of a relationship always exists," Kennedy said of message attached to the single. "It's always there -- no matter how bad it gets, no matter how far you feel from that -- it does still exist."

He continued, "In this song, I have the lyric, 'Whatever may come / somewhere deep inside / there's always this version of you and I,' and that just means that even if everything falls apart -- if it seems completely unsalvageable -- that the best version of you and that person still does exist somewhere." 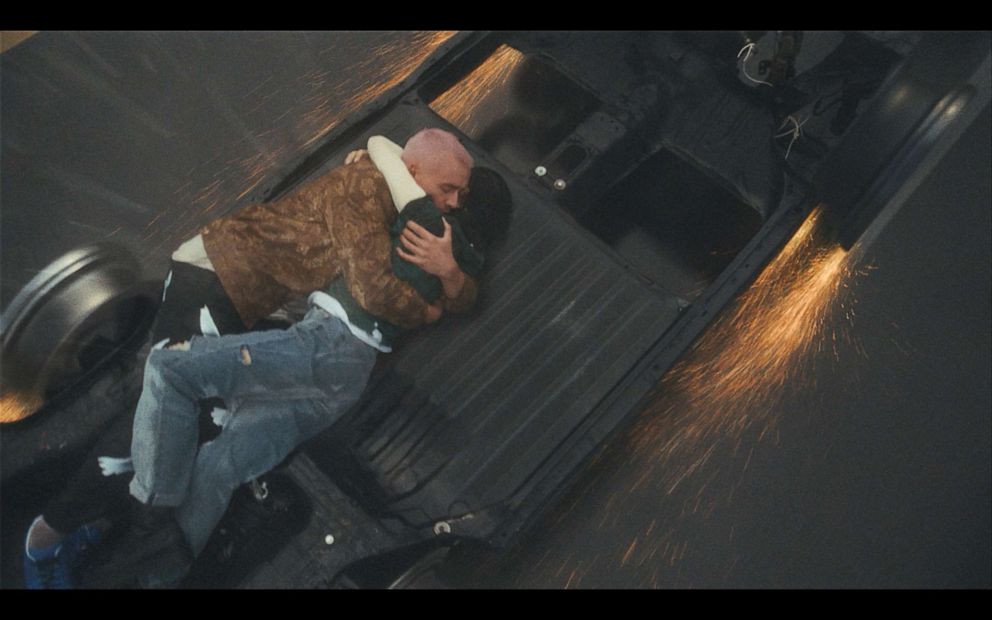 Explaining the meaning behind the album title, Kennedy said that "sonder" to him is "the idea and the awareness that everybody you encounter, everybody in the world, even people you don't meet, are all living lives as complex and as vivid as your own with your, with the same triumphs, the same difficulties."

"It just means a lot to me because I've never seen myself as someone who loves being the center of attention, and for the second album, it felt very special to touch on an idea where I could truly share the idea with everybody instead of it being sort of all about me and it just being something I present to people," he added. "I think with this title and this idea we can really share it properly." 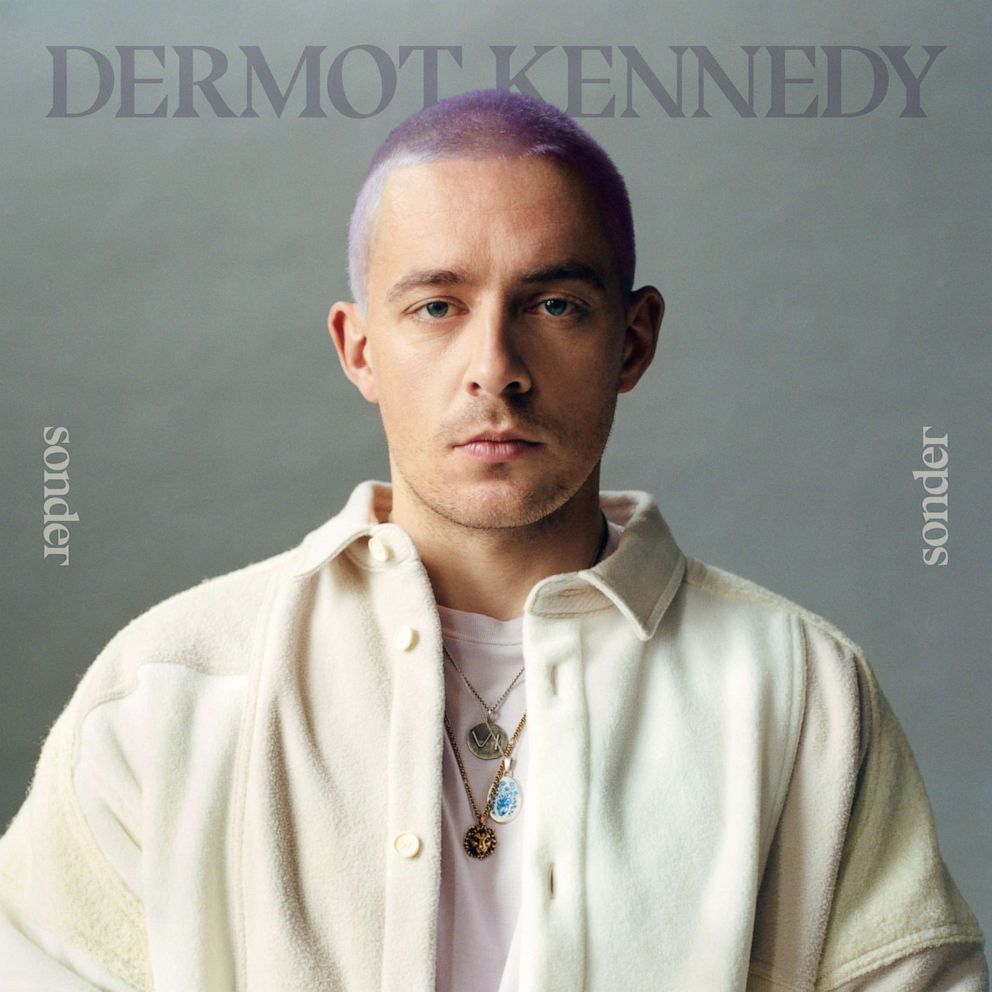 "Something to Someone," the album's lead single, which was released in May, has already garnered major success, receiving more than 23 million streams.

Kennedy said he feels the song resonates because it has so many different interpretations from his fans.

"When I sing that lyric, 'I was something to someone,' and I look at people in the crowd when we're playing and I think about, 'I wonder what it means to them?' " he said. "I look at some people, and I think it could contain sadness, some of them could be joyful, it could be a thing where someone's just thinking about the fact that they did mean something to somebody once. And that does count for something because no matter how difficult anything gets, just that you can hold on to that idea and be proud of that and be thankful that you had that."

Despite tackling intimate subjects, like personal relationships, love gained and lost, and more, in his music, Kennedy said he doesn't have difficultly opening up in such a public way. He's always aimed to make "honest" music, he said, adding, "I've always admired other musicians who just say the thing instead of holding on to it."

Fans of Kennedy will notice that "Sonder" is a slight shift in sound from his debut studio album, "Without Fear," released in 2019.

"I would say it's probably a bit more joyful than the first, which is a nice thing for me, because this is where I'm at in life, which feels good," he said. "There's so much light and darkness in what I do but I would always like to believe it's not without hope. That's just always important for me."

The artist is keeping busy until the release. He's currently on a busking tour, Sonder Street Sessions, across North America and Europe.

Kennedy actually got his start in music through busking, so he says it holds a special place in his heart and allows him to connect with his fans on a more intimate level. 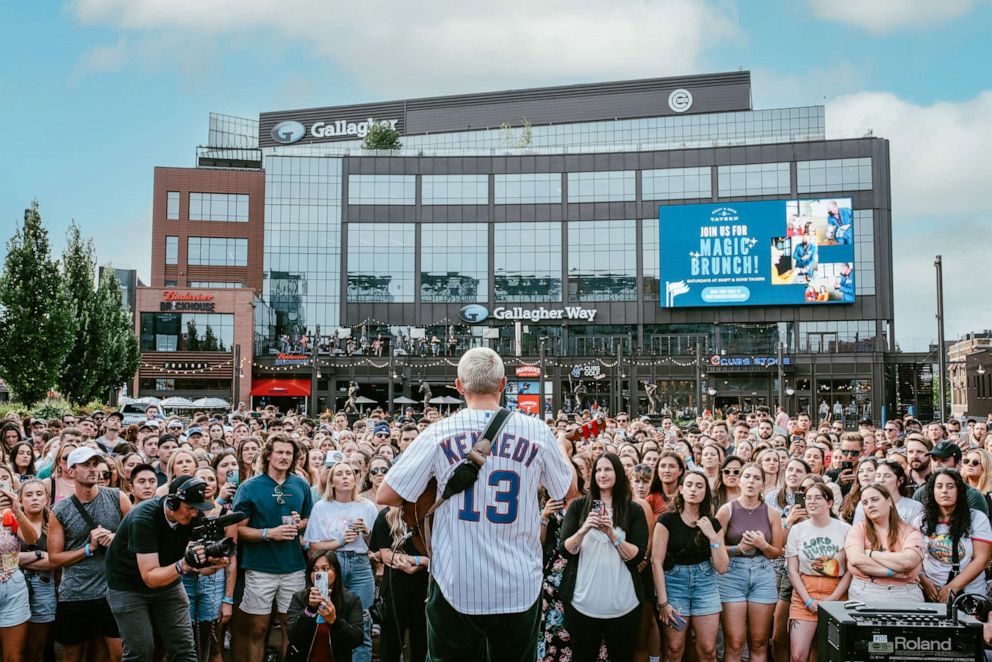 "It can be a bit sort of disorientating in the sense that there's all these people who care so much about what you do, but you never actually get to feel that from them," he continued. "The busking is just a really, really nice way to find that connection in a very real way and it just feels like a genuine connection -- that as your career grows, it's as if that's sort of almost taken away from you. So anything that brings me back to that, I jump on it."