A first look at the new live-action adaptation of "Pinocchio" is finally here.

Disney+ released an image from the new movie, set to premiere on the streaming platform in September, featuring Tom Hanks as Geppetto and Benjamin Evan Ainsworth voicing Pinocchio.

The film, from Oscar-winning director Robert Zemeckis, is described as a "retelling of the beloved tale of a wooden puppet who embarks on a thrilling adventure to become a real boy." 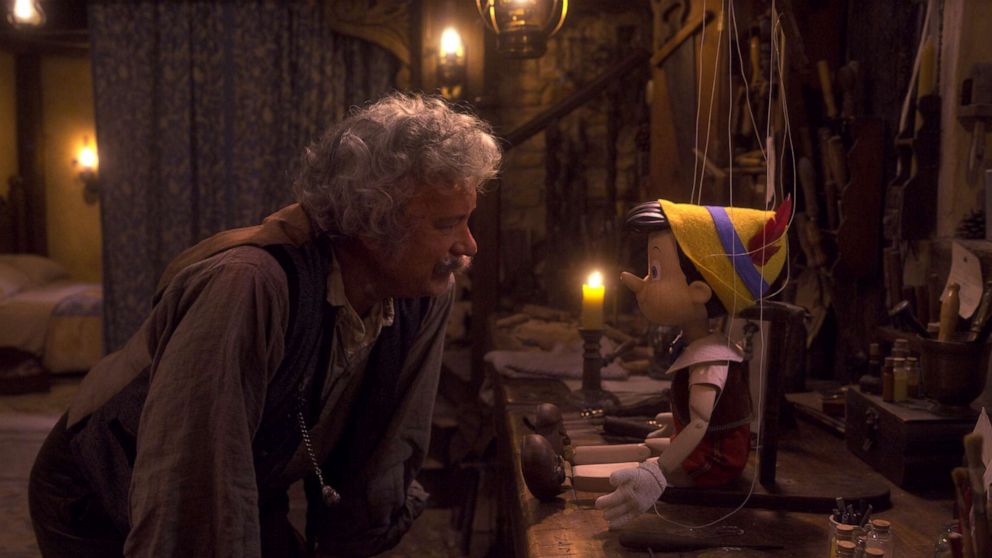 Disney+
Tom Hanks as Geppetto in and Pinocchio, voiced by Benjamin Evan Ainsworth, in Disney+'s "Pinocchio."

Other cast members include Joseph Gordon-Levitt as Jiminy Cricket, Cynthia Erivo as the Blue Fairy, Keegan-Michael Key as "Honest" John, Lorraine Bracco as Sofia the Seagull, a new character, and Luke Evans as The Coachman.

The story of Pinocchio is based on the 1883 Italian children's novel "The Adventures of Pinocchio" by Carlo Collodi.

The most famous version is Disney's 1940 animated classic, though there have been numerous versions over the decades, including one from director Guillermo del Toro debuting in December on Netflix.