Actor Elliot Page is opening up about his life since coming out as transgender late last year.

In an interview with Oprah Winfrey, which was released Friday on Apple TV+, the 34-year-old actor is speaking about his decision to transition.

“With this platform I have, the privilege that I have, and knowing the pain and the difficulties and the struggles I faced in my life, let alone what so many other people are facing -- it absolutely felt just crucial and important for me to share that,” he said. 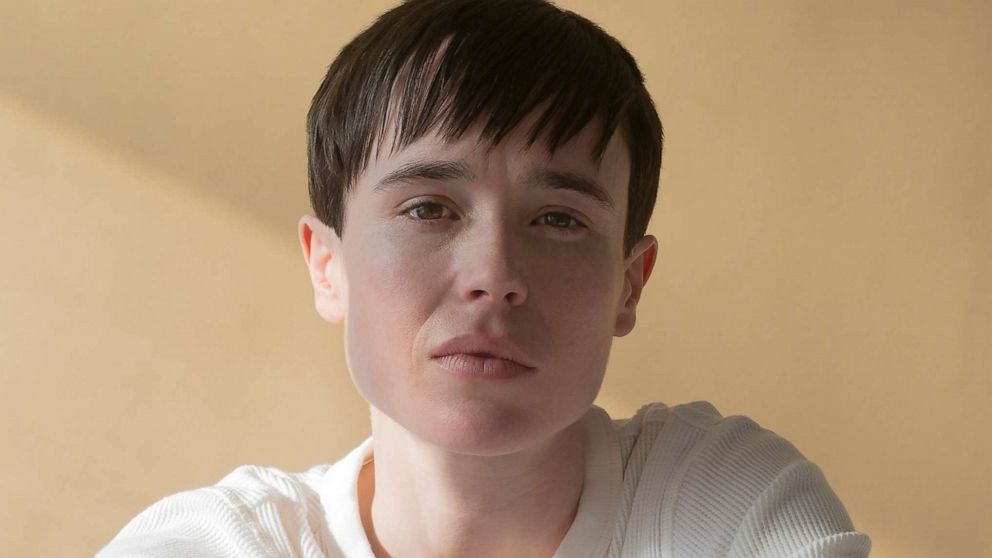 Wynne Neilly
Elliot Page explains how his life is different since coming out as transgender in new interviews with Oprah and Vanity Fair.

Page also spoke about why now -- more than ever -- it was important to share his story with the public.

MORE: Elliot Page speaks out in 1st interview since announcing he is transgender

“For me, I think it is, in this time we’re in right now, and especially with this, you know, horrible backlash we’re seeing towards trans people, particularly trans youth, it really felt imperative to do so,” he said.

Prior to his interview with Oprah, Page spoke to trans journalist Thomas Page McBee for Vanity Fair. Page said that for the first time in his life, coming out has allowed him to finally feel “comfortable.”

"The most significant difference is that I'm really able to just exist," he told McBee. "Not have some constant distraction, all these things that aren't conscious or aren't even overly overt ... It's such an oversimplification to say it this way, but I'm comfortable. I feel a significant difference in my ability to just exist -- and not even just day to day, but moment to moment."

Beyond being able to "sit with myself" and "be productive, and be creative," Page, known for starring in projects including "Juno" and "The Umbrella Academy," said that he now feels he can be more present with others.

"This is the first time I've even felt really present with people, that I can be just really relaxed and not have an anxiety that's always pulling," he said.

The Oscar-nominee also said that coming out has helped his mental health and fueled a "massive explosion of creativity." Page said he teamed up with his best friend and wrote his first screenplay, started making music and is working on another project he said he cannot reveal just yet.

He also said he noticed a positive change in his productivity now that he's not wasting energy on "feeling uncomfortable, constantly checking my body [and] just feeling unwell."

MORE: Elliot Page thanks supporters in 1st post since coming out as transgender

When asked if he feels he was "born in a trans body," Page shared some of his feelings on his upbringing.

"When I was a little kid, absolutely, 100%, I was a boy. I knew I was a boy when I was a toddler," he said. "I was writing fake love letters and signing them 'Jason.' Every little aspect of my life, that is who I was, who I am, and who I knew myself to be."

"I just couldn't understand when I'd be told, 'No, you're not. No, you can't be that when you're older,'" he continued. "Now I'm finally getting myself back to feeling like who I am, and it's so beautiful and extraordinary, and there's a grief to it in a way."

Now, Page hopes his story will inspire more trans individuals to embrace who they really are.

"Transphobia in our society shuts so many people out," he said, and mentioned the record number of state bills introduced this year that could impact transgender rights. "These bills are going to be responsible for the death of children. It is that simple," he said.

According to Freedom for All Americans, over 100 anti-trans bills have been introduced so far this year. Alex Schmider, associate director of transgender representation at GLAAD, says these laws severely affect the mental health of young people.

“The trans community is simply wanting to be able to live our lives authentically, and participate fully in public life equally,” Schmider told “GMA.” “So the messages that are being sent by this legislation, regardless of whether it passes or not, sends these harmful messages that trans people don’t belong.”

Page advised people to get educated and seek out more information on this legislation from the American Civil Liberties Union, The National Center for Transgender Equality and Transathlete.

"There's so much misinformation and lies, so please don't rely on news articles that frame this as a "trans debate" or don't even include perspectives of trans people," he urged. 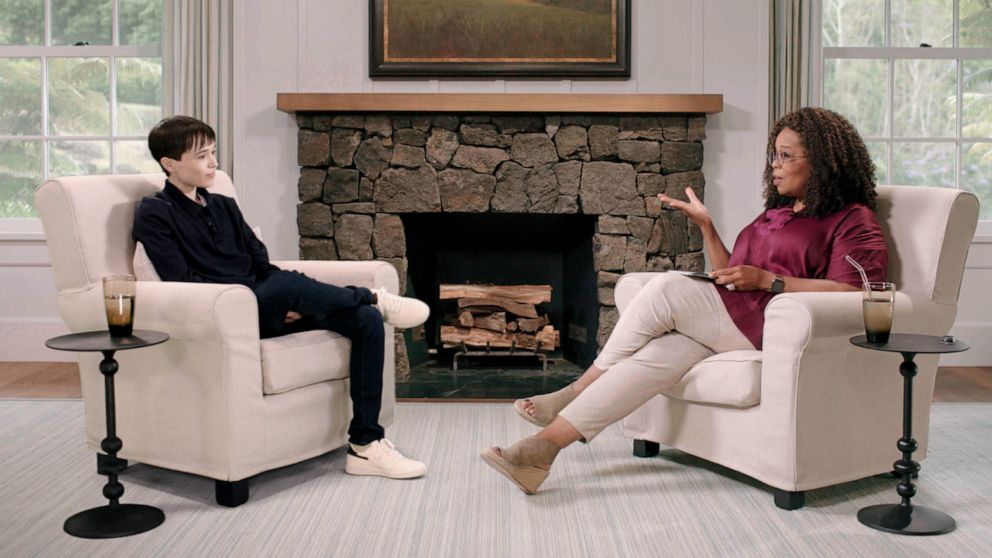 Apple TV
Elliott Page sits down for an interview with Oprah that will air on April 30, 2021.