The brightest stars in Hollywood gathered Sunday for the 2021 Emmy Awards and were dressed to impress.

In lieu of giving us the typical black tuxedos, stars like "Saturday Night Live" favorite Kenan Thompson and this year's Emmys host, Cedric the Entertainer, opted to spice things up with a major splash of color on the red carpet.

These two were joined in their bright fashion choices by stars including Jason Sudeikis, Jon Batiste, Chris Sullivan, Dan Levy and Seth Rogen to amp up the style factor as they arrived for the awards show.

Scroll down to see other colorful tuxedos at the 2021 Emmys! 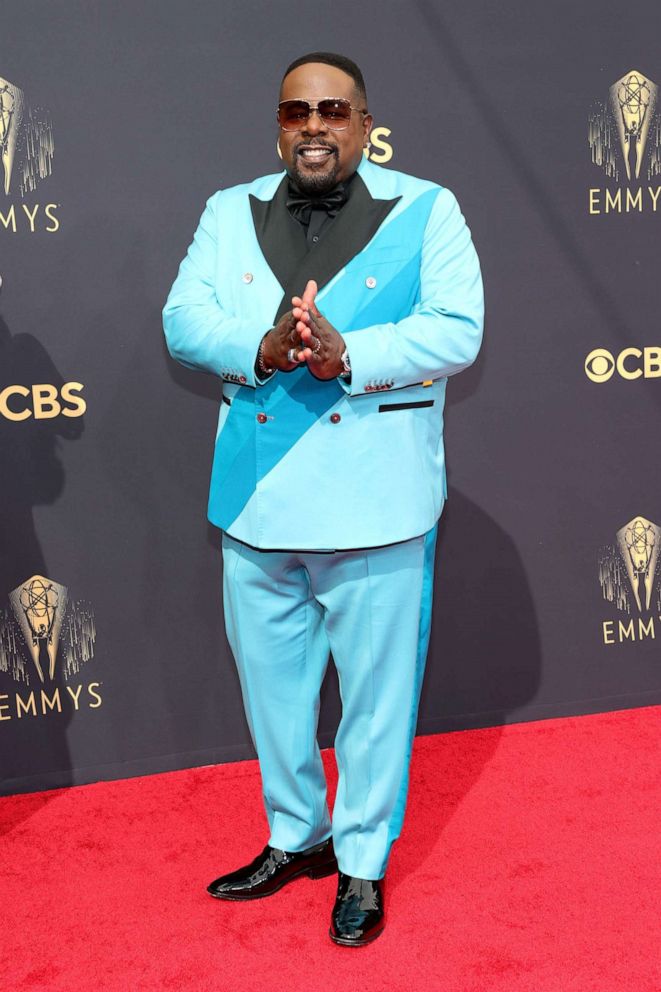 The comedian looked dapper in a tux from Richfresh featuring various blue hues and an oversized black lapel, black shirt and black bowtie. There are two blue diagonal stripes across the jacket and a vertical stripe going down the sides of the pants. 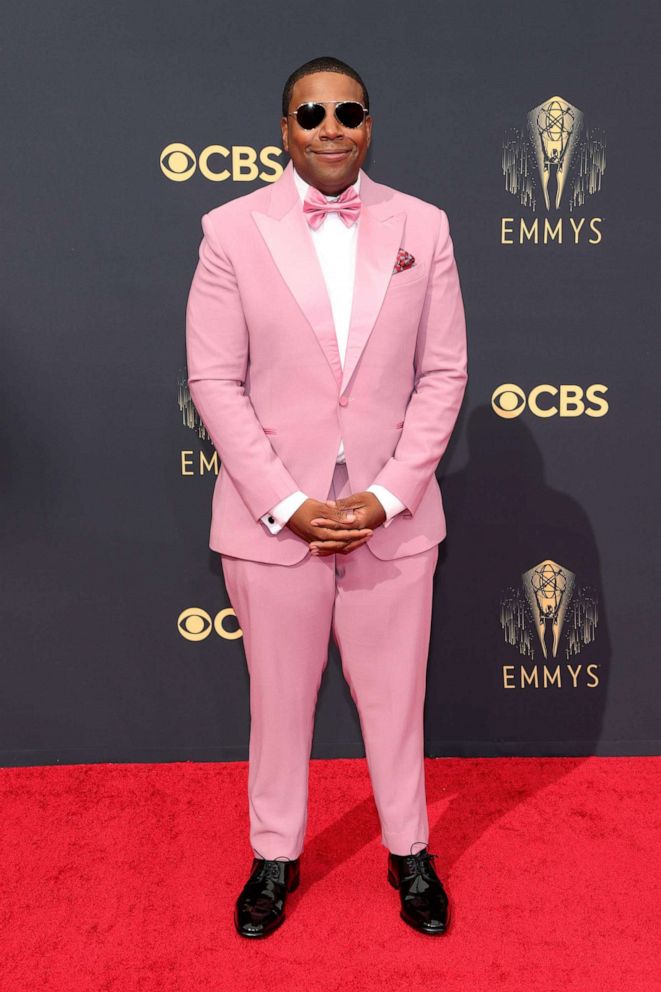 We're not sure if this shade is blush or bashful, but the "SNL" star looked striking in a pink tux with a matching bowtie. Thompson is nominated this year for his work on both the sketch comedy show and his sitcom, "Kenan." 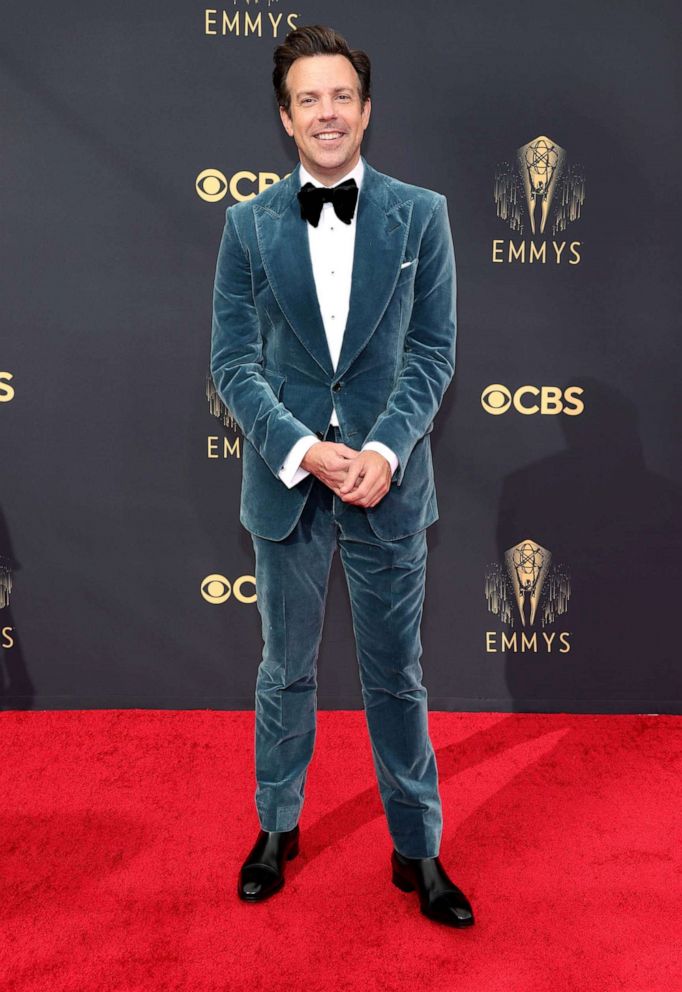 The "Ted Lasso" star, who is nominated for four awards this year for his work on the Apple TV+ series, showed up rocking a light blue velvet suit tux from Tom Ford. We "believe" this is one of the looks of the night. 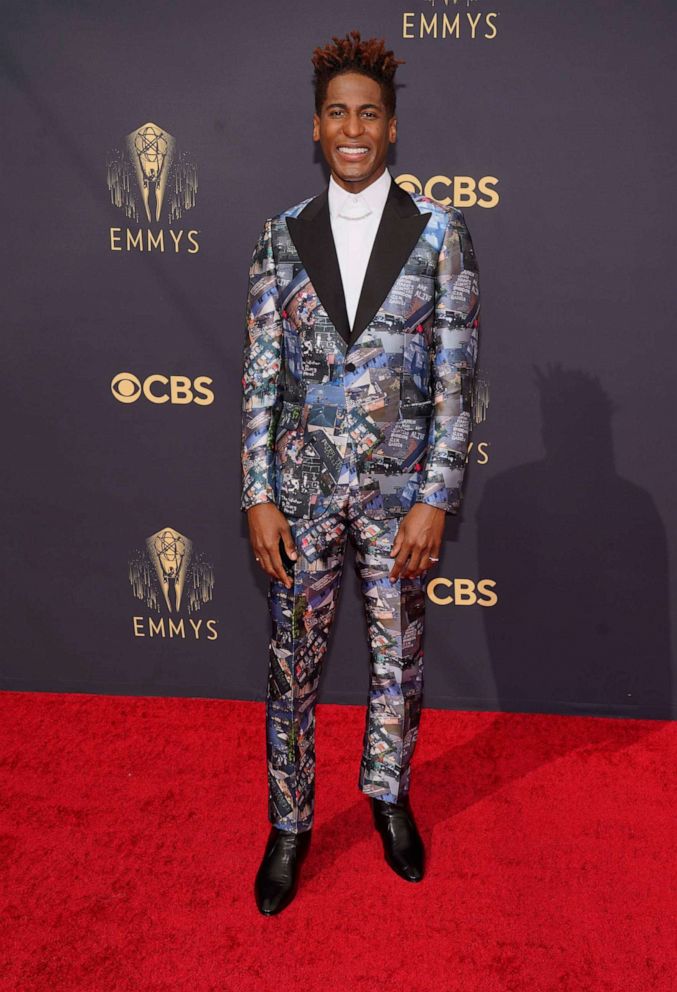 The musician wore a tuxedo with an eye-catching print on the jacket and pants. 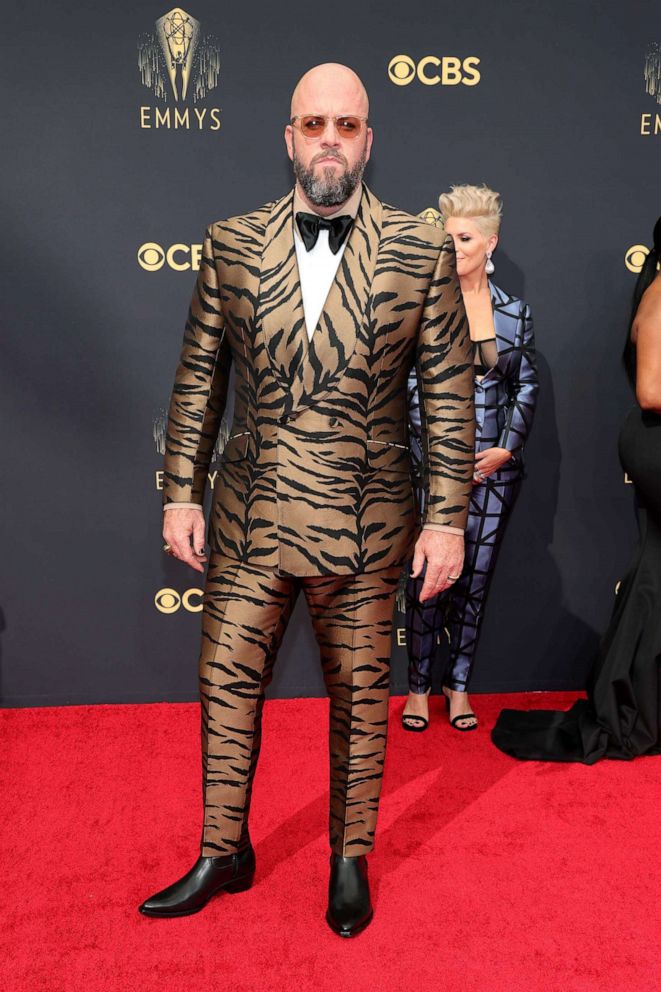 The "This Is Us" star, who snagged a nomination for his work on the tear-jerking family drama, showed up rocking his very best "Tiger King"-inspired tux. 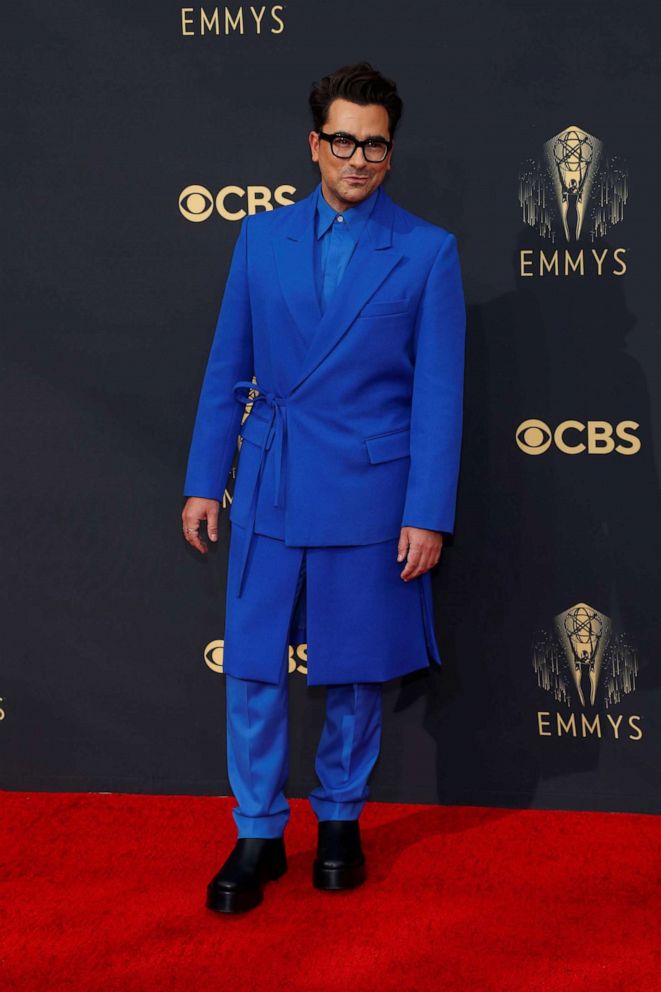 The "Schitt's Creek" star showed up to the awards show as one of the best dressed celebs of the night, sporting a blue Valentino tuxedo after having dominated the Emmys last year. 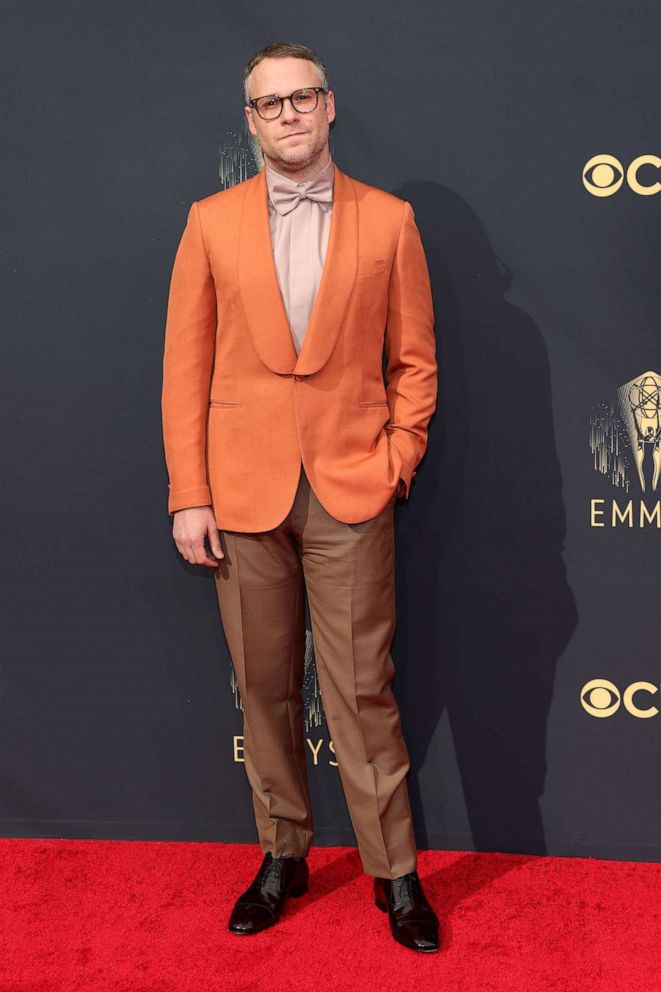 The actor, who is nominated for an Emmy this year as an executive producer of "The Boys," wore a smart tux with an orange jacket and brown pants.