Ahead of "Empire's" return Wednesday night, the show's executive producer Brett Mahoney spoke out for the the first time on what the shocking allegations against Jussie Smollett mean for his character and the show.

Smollett was charged with 16 felony counts for disorderly conduct for filing a false police report, according to the Cook County State Attorney's Office, related to his claim that he was the victim of a brutal hate crime in Chicago early in the morning of Jan. 29.

After a thorough investigation, police declared it a hoax, claiming Smollett hired two brothers, Abimbola and Olabinjo Osundairo, to carry out the fake attack.

Smollett has denied the claims. 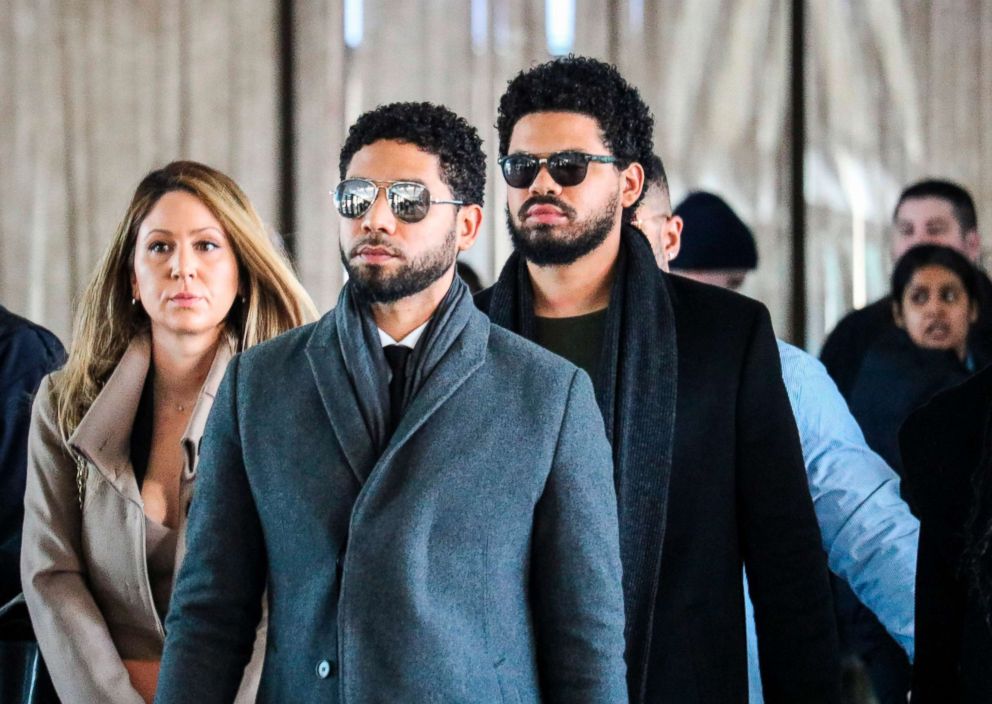 Derek Henkle/AFP/Getty Images
Actor Jussie Smollett and his team arrive for a court hearing at the Leighton Criminal Courthouse on March 12, 2019, in Chicago.

Mahoney told Entertainment Weekly that the last two months have been "an emotional roller coaster."

"You have someone in your family who's going through this, while at the same time, we're shooting the final episodes of the season," he said. "So it was a lot to deal with and a lot to go through, but we're really just focused on finishing strong."

In regards to Smollett being written out of the final two episodes of the series, Mahoney says it was a "difficult decision," but one they were able to make work because of the "strong ensemble" and available stories to tell.

(MORE: 'Empire' actor Jussie Smollett joins a list of suspects claiming to be 'victims' in crimes debunked by police)

"Allowing Jussie the time to really deal with what he's been confronted with and allow him the time to focus and prepare his case, this seems like the logical decision to make," he added.

Mahoney says it's still "too early" for anyone to think about the show without Smollett, so for now, he's "trusting the process and allowing the legal process to play out."

(MORE: Jussie Smollett's legal team pushes back on 16 felony counts against the actor)

However, in response to the rumors that "Empire" will be cancelled because of the controversy, the exec says he's "confident" there will be another season.