Thousands of fans gathered on a rainy Friday in Atlanta to pay their respects to Migos rapper Takeoff, who was shot and killed in Houston on Nov. 1.

Fans were joined by family and friends of the slain rapper for a celebration of life in the rapper's hometown for a memorial that was held at the State Farm Arena, the home of the Atlanta Hawks, where Takeoff was a regular.

"It's a sad day but you have to celebrate because he is one creative person. He has brought joy to us. Not just us -- internationally," a fan told ABC affiliate station in Atlanta WSB-TV on Friday as she lined up outside the arena. 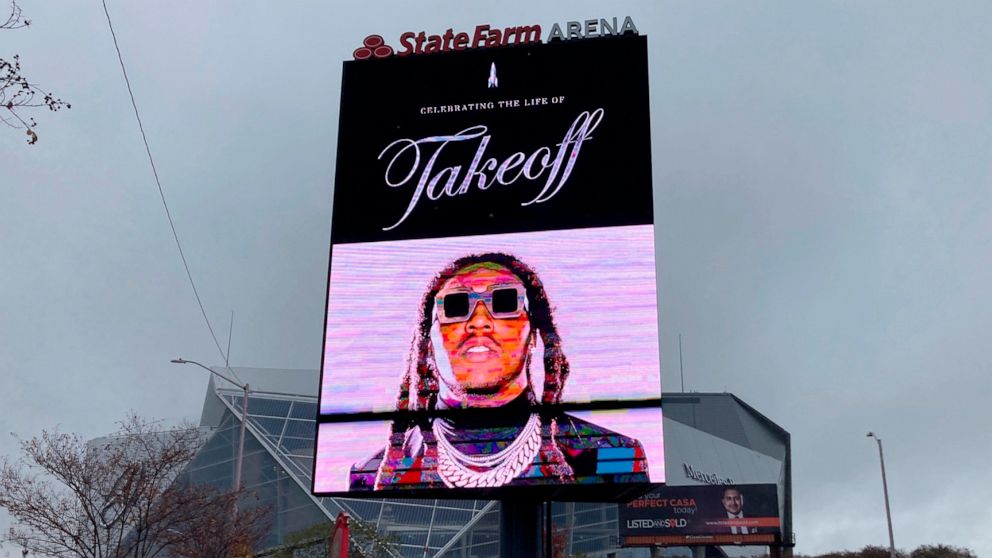 Sudhin Thanawala/AP
A sign announces the memorial service for slain rapper Takeoff at Atlanta's State Farm Arena on Nov. 11, 2022. He was a member of the hip-hop trio Migos.

Takeoff, whose real name is Kirshnik Khari Ball, was shot and killed outside the 810 Billiards & Bowling in downtown Houston following a private event, police said. He was 28. Quavo, Takeoff's uncle and one-third of Migos, who was also present at the time, was not injured.

Police urged the public to come forward with tips and said that shots were fired following an argument. There is no indication that the rapper was involved in the dispute, according to police, who said the investigation is ongoing.

"[His loss] hit home," a fan lined up outside the State Farm Arena told WSB-TV on Friday. "He did a lot for the culture. I just love their music." 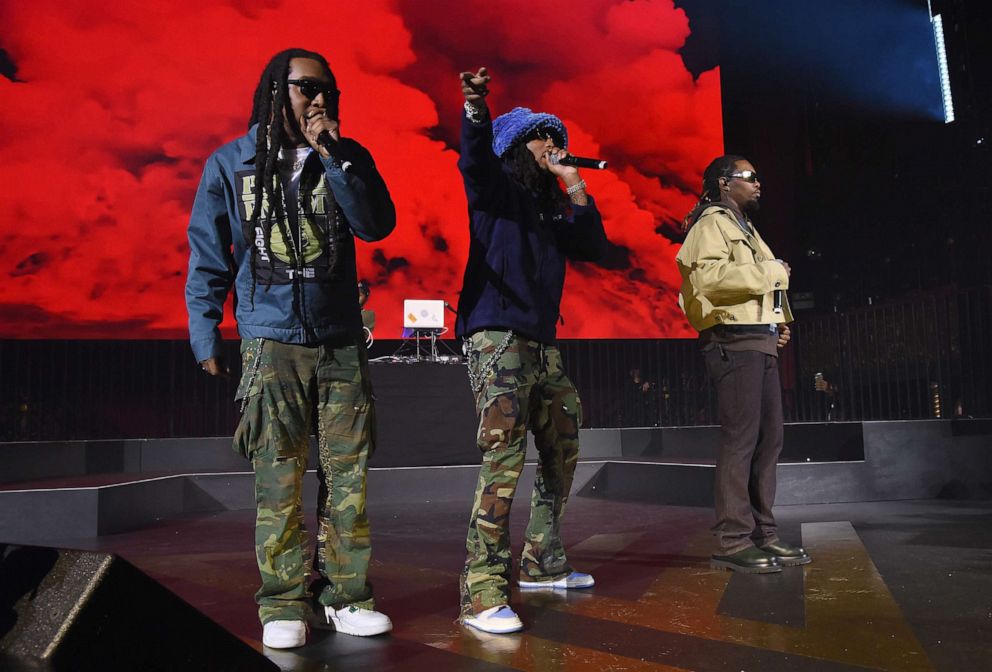 Michael Kovac/Getty Images for Activision, FILE
In this Nov. 3, 2021, file photo, Takeoff, Quavo, and Offset of Migos perform at an event in Los Angeles.

Free tickets to the celebration of life service were made available to Georgia residents but the tickets sold out quickly and fans who didn't have tickets were asked by the venue not to come to the downtown area.

The memorial service was not live-streamed and media coverage was limited to outside the venue. The State Farm Arena did not share details regarding the program ahead of the event.

Takeoff was a member of the hip-hop trio Migos, a Grammy-nominated group based in Atlanta that he formed with Quavo -- the unofficial frontman of the group -- and his cousin Offset. The three were close in age and grew up together. 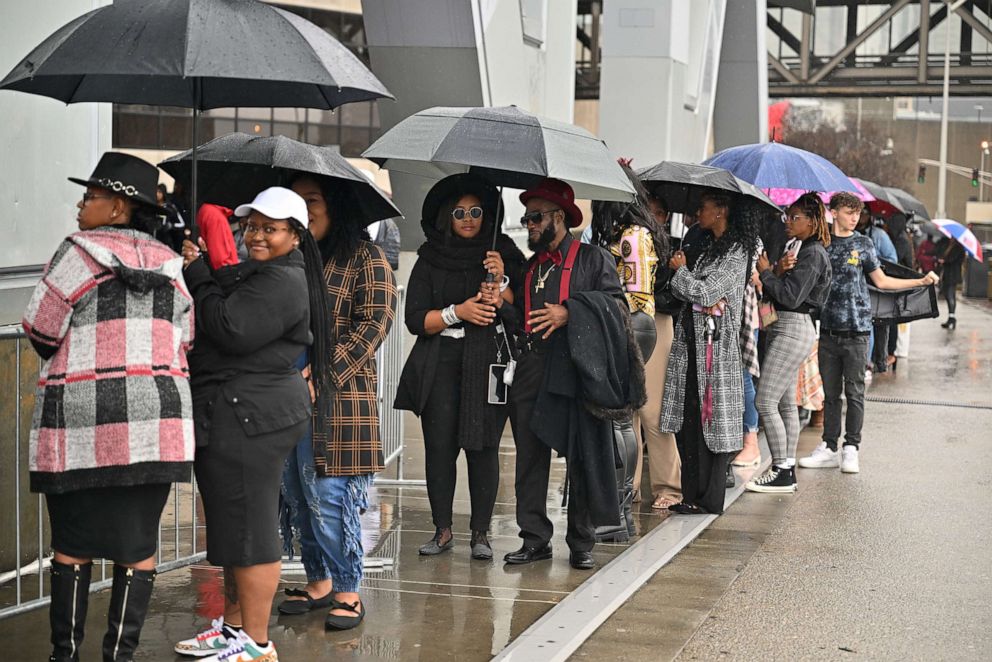 Derek White/Getty Images
Spectators attend the Celebration of Life for Takeoff of Migos at State Farm Arena on Nov. 11, 2022, in Atlanta.

Migos, which formed in 2008 in Lawrenceville, Georgia, gained mainstream recognition and rose to stardom in 2013 with their song "Versace."

The trio went on to collaborate with the biggest stars in the music industry and are known for hits like "Motorsport," featuring Nicki Minaj and Cardi B, and the iconic 2016 anthem, "Bad and Boujee," featuring Lil Uzi Vert. Each of the Migos rappers have also released solo albums.