Florence Pugh has revealed that she quietly ended her relationship with Zach Braff earlier this year.

In an interview for Harper's BAZAAR's September ICONS issue, the "Black Widow" actress confirmed the two had called it quits after about three years together. Their relationship, which began in 2019, had faced scrutiny and criticism online over their age difference. Pugh is 26 and Braff is 47.

"We've been trying to do this separation without the world knowing, because it's been a relationship that everybody has an opinion on," Pugh told the outlet. "We just felt something like this would really do us the benefit of not having millions of people telling us how happy they are that we're not together. So we've done that." 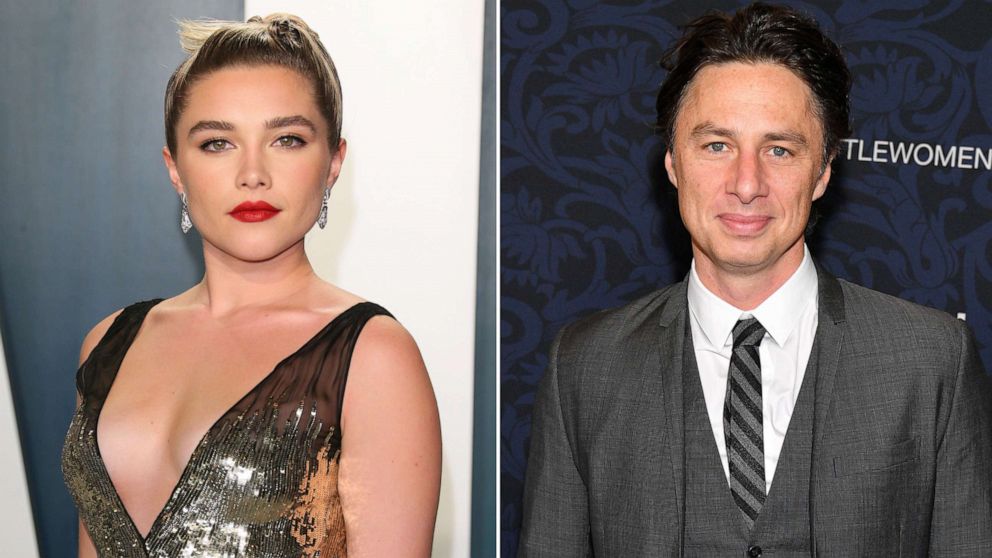 Before they parted ways, the two completed a film together that's due out next year. Braff wrote "A Good Person" with Pugh in mind for the starring role.

"The movie that we made together genuinely was probably one of my most favorite experiences," Pugh said. "It felt like a very natural and easy thing to do."

Next up for Pugh is the film "Don't Worry Darling," in which she stars opposite Harry Styles. It debuts in theaters Sept. 23.