Freddie Prinze Jr. is opening up about how he fell in love with his wife, Sarah Michelle Gellar.

The actor, who has a new holiday film, “Christmas With You,” told ET that it wasn’t until three years after they met that he realized she was the one.

“It was about probably three years later and we started dating and she’s been my girlfriend ever since,” Prinze Jr. said.

The couple met while working on the 1997 slasher film, “I Know What You Did Last Summer,” but the two were just friends. 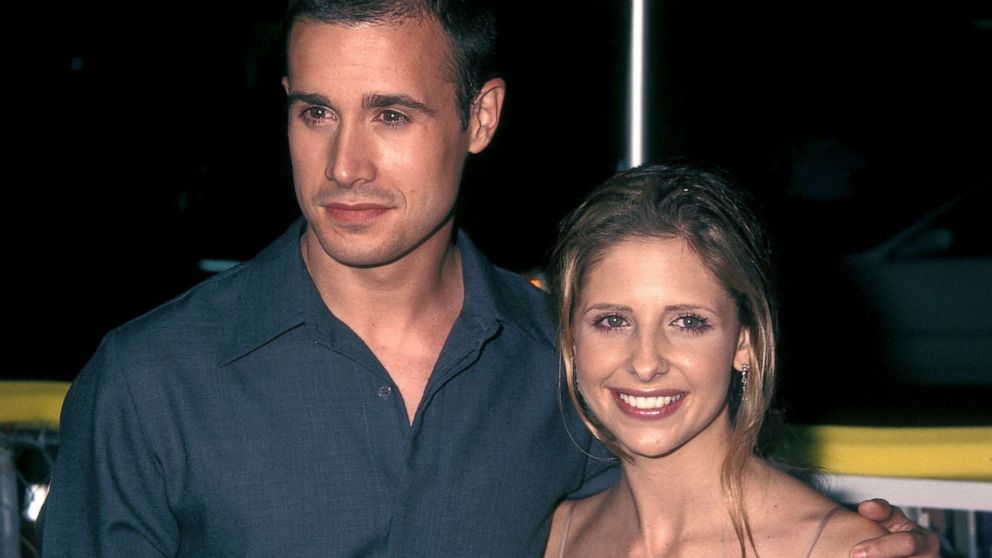 “She didn’t have a driver’s license so I was her chauffeur, and I would drive her to the gym every day and then go to the store, go get myself some lunch and then drive her back and we would just have an hour drive,” he said.

“We shot in this tiny little crazy town called South Fork,” he added. “I would drive her to Wilmington every day that we had off, every day during rehearsals and we would have you know 55 minutes -- if I drove the speed limit -- to get to know one another. She was from New York City and I am a SoCal kid, so we were night and day, and it was just our philosophies on life just never clicked.”

But then one day it did.

The two got married on Sept. 1, 2002, and have two children together, Charlotte Grace Prinze and Rocky James Prinze.

Prinze Jr. said his daughter is beginning to follow in his and his wife’s footsteps.

“My daughter is starting to have an interest in acting and so my wife and I both kind of said we want to be examples for that,” he said.

Prinze Jr.'s new role in "Christmas With You" is a special one for the actor, who told Yahoo Entertainment that it was his first time being hired to play a Latino character.

"I've never got to do it before unless I wrote the damn thing," said Prinze Jr., who is of Puerto Rican, German, English and Irish descent.

"Every Latino you've seen me play was always an afer-the-fact thing," he added. "The role would be named 'Mike Smith' and they'd say, 'Oh, we hired Freddie, so we can show people how diverse we are.' And all of a sudden, his name is 'Miguel Ramirez.' And that doesn't count man! That does not count. This was something that was very important to me, and a big reason of why I signed onto this movie."

“Christmas With You” is streaming now on Netflix.