Ahead of the highly anticipated “Friends” reunion on HBO Max this week, the cast sat down with “Good Morning America” to reminisce about their time on the show and what to expect from the special.

In their first morning show interview, Jennifer Aniston, Courtney Cox, Lisa Kudrow, David Schwimmer, Matt LeBlanc and Matthew Perry all shared their excitement for the special, which was the first time they all came together since the iconic sitcom ended 17 years ago.

“We’re equally excited to be finally doing it and hopefully, to give something back and you know, put a little laughter and a little love out there to everyone,” Schwimmer said.

MORE: The one where we get a 1st look at the 'Friends' reunion

When the six stars of the show came together in April to film the reunion special, they all didn’t expect the experience to be an emotional one. The reunion, which took place on the iconic set of the Warner Bros. lot where they all filmed the show, was set up as if they had left it that way when filming wrapped.

“I don’t think they -- the -- any of us had any idea how emotional we would be when we walked onto the set,” Cox said. “To see it exactly the way it was, the -- literally besides the cookie jar that Lisa took home and the neon coffee thing that Jen took. Besides that, it was exactly the same. And it was so emotional that we just started crying.” 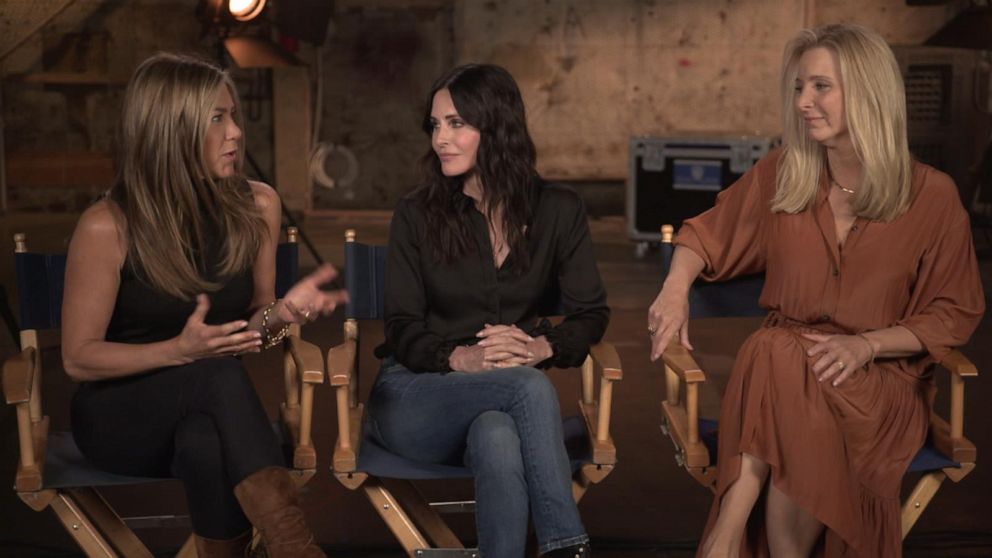 ABCNews.com
VIDEO: 'Friends' cast sits down for first TV interview ahead of reunion

“Reuniting this cast again -- I knew it was gonna be a really seriously emotional experience. And it has been,” added Perry.

When “Friends” ended its decade-long run, it had become a worldwide phenomenon. Season after season, living rooms across the country tuned in to watch the comedic exploits of Monica, Chandler, Phoebe, Joey, Ross and Rachel. And when the final episode aired in 2004, it broke records with more than 50 million viewers.

But even when the show stopped filming, it never lost its popularity and cultivated a new generation of audiences online and through reruns. It’s not just fans catching up on the show's reruns, though.

MORE: 1st look at 'Friends' cast back together for upcoming 'The Reunion Special'

“Court and I watched it the other day just to catch up on some stuff,” said Aniston.

“Laughed and cried and -- yeah. Their first kiss, Ross and Rachel, that was -- ah! It was so powerful,” replied Cox.

“Yeah, she was in tears,” said Aniston.

Of the 236 episodes of “Friends,” many fans can pinpoint their favorites from Phoebe introducing “Smelly Cat” to the world in “The One with the Baby on the Bus,” or “The One Where Ross and Rachel Take a Break.” But so can the cast, who collectively agreed that the episode where everyone finds out about Monica and Chandler’s relationship is one of the funniest.

“I did love the one where everybody finds out,” said Kudrow. “Because I had very fun things to do.”

MORE: It's a wrap! Filming for the 'Friends' reunion special has completed

While the cast couldn’t give too much away from their decades-in-the-making homecoming, they said to expect laughs, some games and a colossal dose of nostalgia. 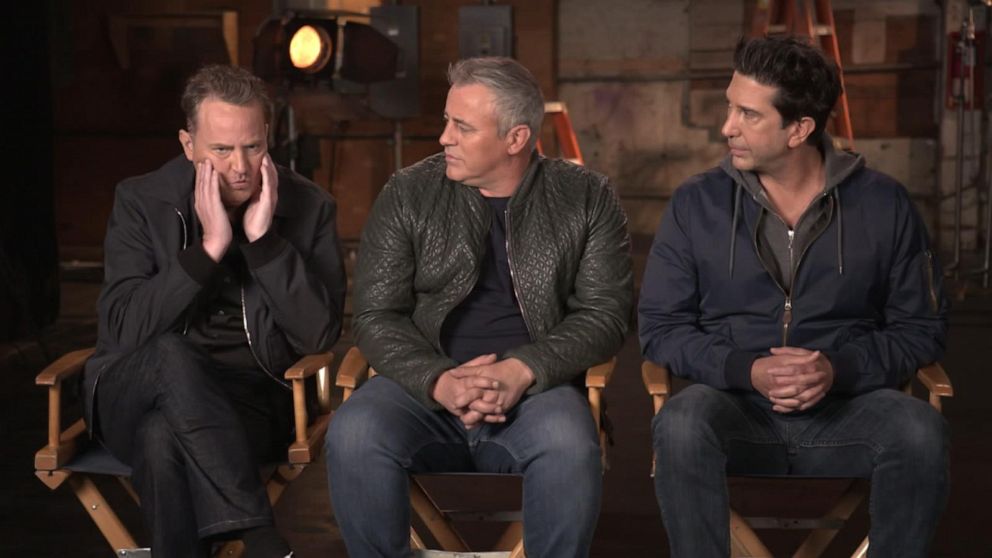 ABCNews.com
VIDEO: 'Friends' cast shares which episodes are their favorites

“I hope the fans walk away with a sense of what it was like for us to have made the show,” said LeBlanc.

“Hopefully a year later, people will still enjoy it and it will cheer some folks up,” added Schwimmer.