The actress, 39, who is known for her Oscar-nominated role in "Precious" and television roles in "Empire" and "American Horror Story," revealed her marriage to Brandon Frankel on Monday.

In a television appearance on "Live with Kelly and Ryan", Sidibe shared that she secretly wed Frankel, the chief business officer of NoCap, last year. 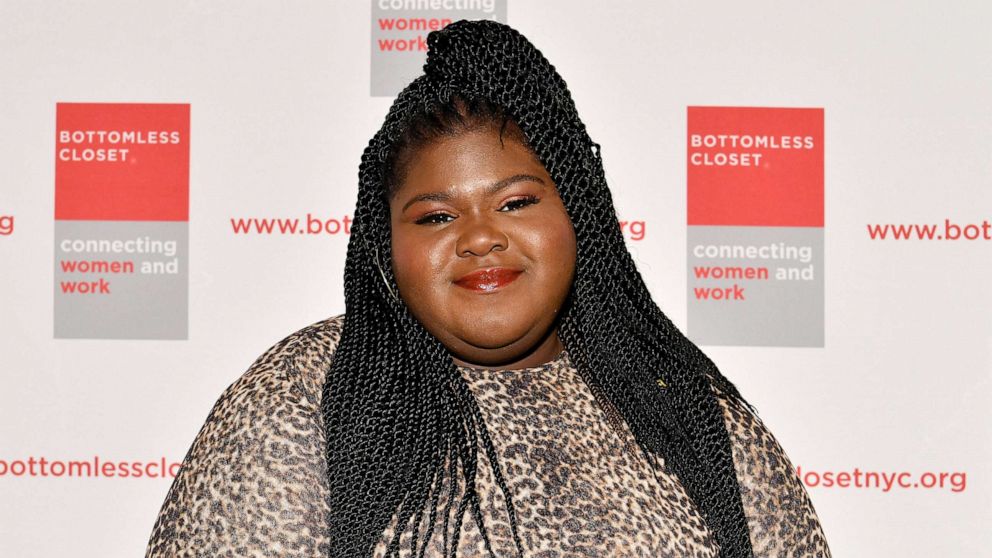 Sidibe began by opening up about her engagement to Frankel, but when asked about when the wedding would happen, the actress said she doesn't like weddings and said that she is actually married.

Sidbe added, "We got married at the kitchen table, it was just us. We got engaged in 2020, we got married like four months later."

The couple, who announced their engagement during the pandemic in November 2020 in an Instagram post, met online. In an interview with Brides earlier this year, Frankel and Sidibe said that they both swiped "yes" on each other on the dating app Raya.

On Monday, the two shared an update about their relationship status on Instagram. In his post, Frankel shared a photo of himself and Sidibe posing with their wedding bands and wrote in the caption, "I can finally call her my WIFE publicly!"

"Relieved we can finally tell the world," he added. "So thankful to have found my forever person, my partner-in-crime, and the love of my life. Every day is the best day with you. Nobody I would rather raise cats with and be in bed by a smooth 8pm with. Love you forever."

As for a wedding, Sidibe said that they will have one eventually, but shared why she typically doesn't like weddings.

"We'll have a wedding -- I have not liked weddings since before there was like a partner involved. It's too much, it's too many things. But my mother-in-law, shout out to Sherry, she's gonna want a wedding," she said. "And I don't like them because my mom was a wedding singer growing up. I've been at a lot of weddings uninvited and I've just been like the weird kid eating cake at a stranger's wedding and now I don't like them."