Start your new year with this blockbuster novel that critics are calling one of the most anticipated books of 2020.

"Long Bright River," which is being compared to the likes of "Gone Girl," is a thrilling and mysterious page-turner set in a Philadelphia neighborhood rocked by the opioid crisis. Two once-inseparable sisters find themselves at odds. One, Kacey, lives on the streets in the vise of addiction. The other, Mickey, walks those same blocks on her police beat. They don't speak anymore, but Mickey never stops worrying about her sibling.

Then Kacey disappears, suddenly, at the same time that a mysterious string of murders begins in Mickey's district, and Mickey becomes dangerously obsessed with finding the culprit -- and her sister -- before it's too late.

Alternating its present-day mystery with the story of the sisters' childhood and adolescence, "Long Bright River" is at once heart-pounding and heart-wrenching: a gripping suspense novel that is also a moving story of sisters, addiction, and the formidable ties that persist between place, family, and fate. 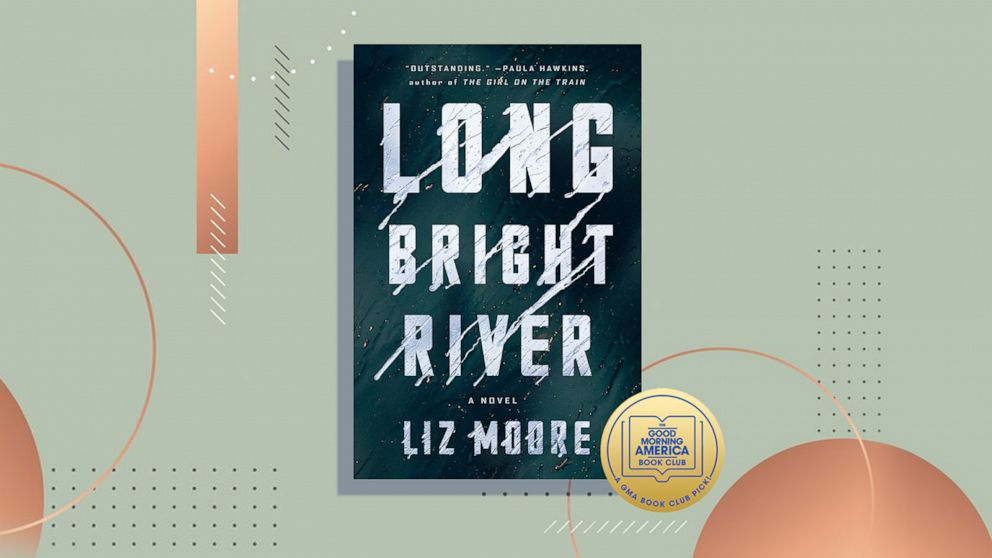 "Long Bright River" hits shelves Jan. 7. Get started reading with an excerpt below.

@lizmoorebooks tells us 3 reasons why “Long Bright River” - which centers around opioid addiction - is a book to read. #GMABookClub 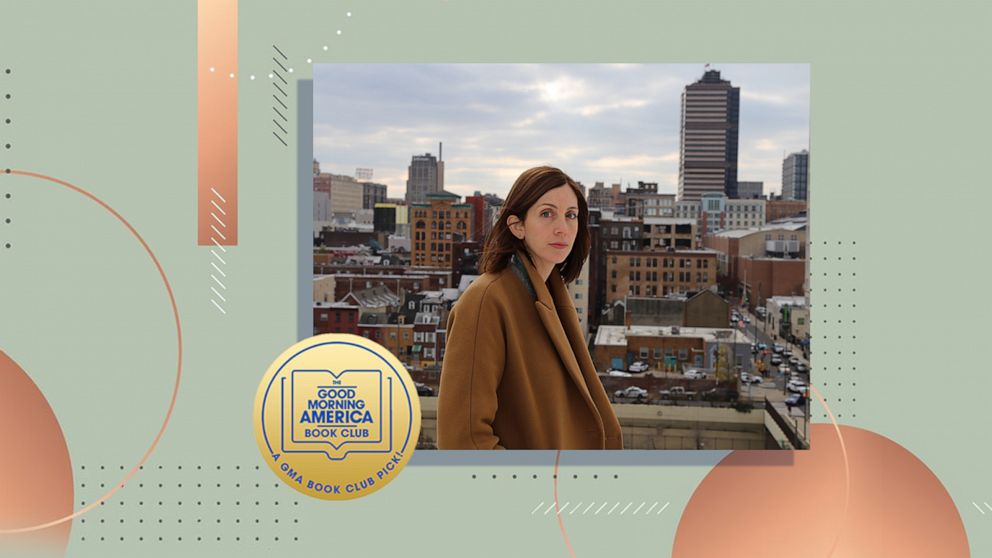 Today, the streets of Kensington are quieter than normal. The cold spell hasn’t snapped. It’s freezing, and the sky is stark white, and there’s a terrible wind at face level that leaves me breathless each time I have to step out of my vehicle.

Only the hardiest, or the most desperate, are outside today.

I turn the cruiser down a side street and pass six boarded up houses in a row. Abandos, they are called here. Forgotten, condemned, some of them containing within them, no doubt, several poor souls who’ve made a shelter of them. I think of the drafty insides of these houses, the furni¬ture left behind, the pictures on the walls. I think how lonely it must be for their new inhabitants to look upon these possessions, the remnants of the families who lived there in decades prior. Textile workers. Metal¬workers. Fishermen, if the houses are old enough.

Two winters ago, there was a terrible fire in an abandoned factory nearby. It began when two occupants, desperate for warmth, started a blaze in a tin trash can, right there in the middle of the factory floor. A firefighter died trying to put it out. This has become the latest in the long list of things we are to be alert for on patrol: the smell of wood smoke from any unknown source.

No calls in my PSA for an hour. At ten I park the car near Alonzo’s and go in for a cup of coffee.

As I come out, cup in hand, two young girls I’ve seen around the neighborhood, sixteen or seventeen years old, approach me, chewing gum, walking slowly. They’re both wearing canvas sneakers with no socks, which makes me shiver a little in sympathy. I can’t tell if they’re working.

When they approach me, I am surprised. Typically, regulars simply ignore uniformed police officers, or stare at us defiantly and wordlessly.

But one of them speaks.

— Do you know anything about the murders, she says to me.

It’s the first time I’ve been asked. Rumors are spreading, it seems.

— We’re working on it, I say. We’re getting close.

My standard answer whenever anyone inquires about an open case. I feel I should say this, even though I don’t know much more than they do. Sometimes, at work, I feel the way I do when I’m talking to Thomas about his father: a little bit guilty for lying, a little bit noble for upholding a pretense that will ultimately preserve his feelings. I’ll bear the burden of the lie, for my son, for these girls.

I remember then about the video.

— Actually, I say, could you take a look at something?

I produce it on my phone: the short clip that Homicide sent to us this morning after roll call. I play it, and then pause it on a still frame that shows the POI.

— Does he look at all familiar? I ask.

Both girls look intently. Both shake their heads. No.

I go through these motions a few more times throughout the day. But nobody seems to recognize him. A couple of women make little murmuring sounds when Katie Conway crosses the screen: recognizing her, perhaps, or recognizing their own fragility, how easily it could have been them.

Just before four o’clock, as my shift is winding down, I see Paula Mulroney for the first time in a while. She’s off crutches, finally, leaning up against a wall outside Alonzo’s, holding a cigarette in one hand.

I stop the car. Get out. I haven’t seen her since Kacey went missing. I’ve been wanting to talk to her.

Paula has never let my falling out with Kacey affect her friendliness with me. That’s between you guys, she said to me once, confidentially. Normally, when she sees me, she greets me with a smile and with some good-natured ribbing. Here we go, she often says. Here comes trouble.

Today, she keeps her face quite still.

— I’m glad to see you, I say. I heard Kacey was missing. I was just wondering if you had any idea where she is.

Paula shakes her head. Drags from her cigarette.

— When’s the last time you saw her?

She snorts. Says nothing.

— Is it true, I say, that you told Alonzo she was missing? Because—

She cuts me off. Look, she says. I don’t talk to the police.

I’m taken aback. I’ve never before heard this from Paula.

I try a different tactic.

She drags on the cigarette again. She’s inches away from me.

I’m not certain how to proceed.

— Do you want me to take you to the hospital? I say, but Paula waves me off. Shakes her head.

— I was wondering if I could ask you something else, I say.

— Go ahead, says Paula. But her voice is dismissive, and her implication is clear: You can ask anything you want. I won’t answer.

I take out my phone and play the video for her. She can’t help herself: she’s curious. She leans down to inspect the phone.

When Katie Conway crosses the screen, Paula looks sharply at me.

She nods. She turns back to me, looks at me hard.

— Little girl they found off Tioga, right? I knew her.

I consider Paula. I’m not sure why she’s telling me this.

— She was such a nice girl, says Paula. She was just a baby. Such a nice kid. I knew her mom too. Her mom was godawful. She’s the one turned her daughter out.

Paula is still looking hard at me. Something about her expression looks accusing in some way. The cigarette goes into her mouth. Every time I speak to Paula I recall her as she was on a particular day in high school: head held high, leading a pack of popular girls down a hallway, laughing and laughing at a joke someone told. Even now, despite how much our lives have changed, I feel a certain intimidation around her.

— Do you know anything about how she died? I ask Paula, who regards me for a moment before speaking.

— Isn’t that what you should be telling me? Paula says levelly.

Again, I grasp for words. This time, none come to me.

— Sure, says Paula. She squints down the Ave. Judging by the quickness of her movements, the chattering of her teeth, she’s dopesick. She’s stooped over slightly, her arms folded across her middle. She’s nauseated.

— Sure you are, Mickey, Paula says. Well, work harder.

I know enough to know that I should leave her now, let her find her fix.

Before I do, though, I say to her, Can you watch one more time? The important part’s at the end.

Paula rolls her eyes, agitated, but she bends her head toward the screen, squinting. She watches as the man crosses the screen, then grabs the phone out of my hand. She looks up, eyes wide.

—Do you recognize him? I ask.

I notice suddenly that her hands are shaking.

—You’re kidding me, she says.