Hannah Brown, the only finalist to avoid the bottom two this season, was named champion of "Dancing with the Stars" season 28 on Monday night.

Brown, and her pro partner Alan Bersten, established themselves as the couple to beat during the first episode. However, as the pressure built throughout the season, Hannah found herself struggling with self-doubt and even opened up on Instagram a few weeks ago that the show left her in an emotional slump.

Monday night proved that Hannah's confidence issues were a thing of the past as she stunned with a victorious freestyle to a mashup of Alicia Keys' "Girl on Fire" and Gwen Stefani's "Hollaback Girl." A particularly thrilling moment had Bersten flipping his dance partner over his head in a near-cartwheel. 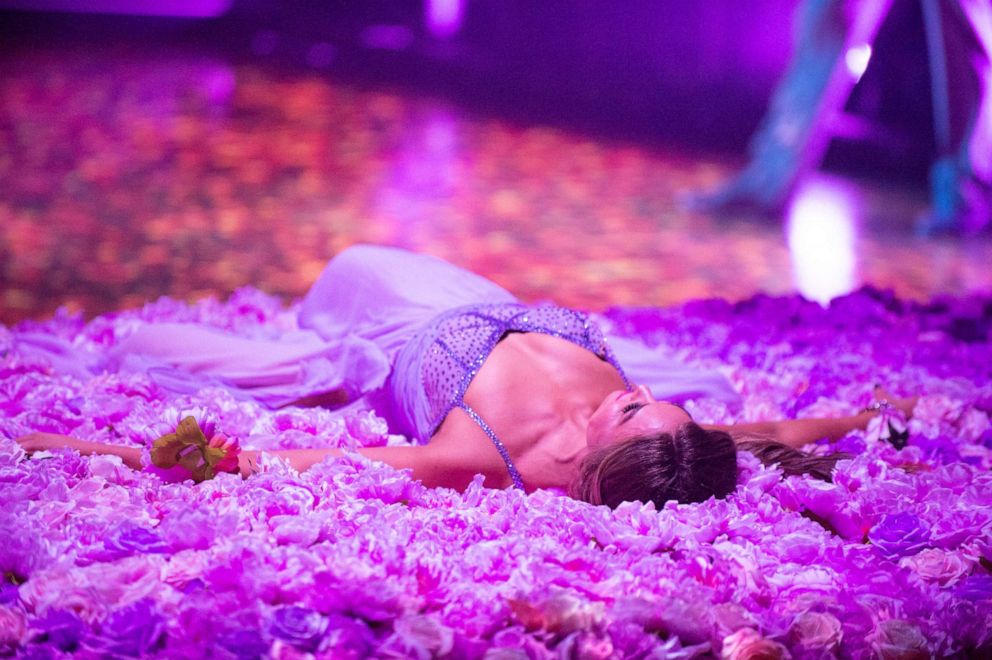 That routine also earned Brown her first perfect score of the season, capping off her "DWTS" journey with an overall final total of 58-out-of-60.

In addition to a freestyle, the finalists were tasked to reprise their favorite dance of the season. For Brown, she chose her romantic Viennese waltz to Taylor Swift's "Lover." The dance also served as juicy foreshadowing for the upcoming season of "The Bachelor," as it was revealed that Brown has a role to play in the upcoming season and could possibly compete for Bachelor Peter Weber's heart.

Another finalist ended her season with a perfect score, former Fifth Harmony member Ally Brooke. She chose to reprise her jive to Tina Turner's "Proud Mary" -- a dance that served as a symbolic turning point for her self-confidence. Brooke stunned with her electrifying moves, but not as much as her freestyle to Gloria Estafan's "Conga." 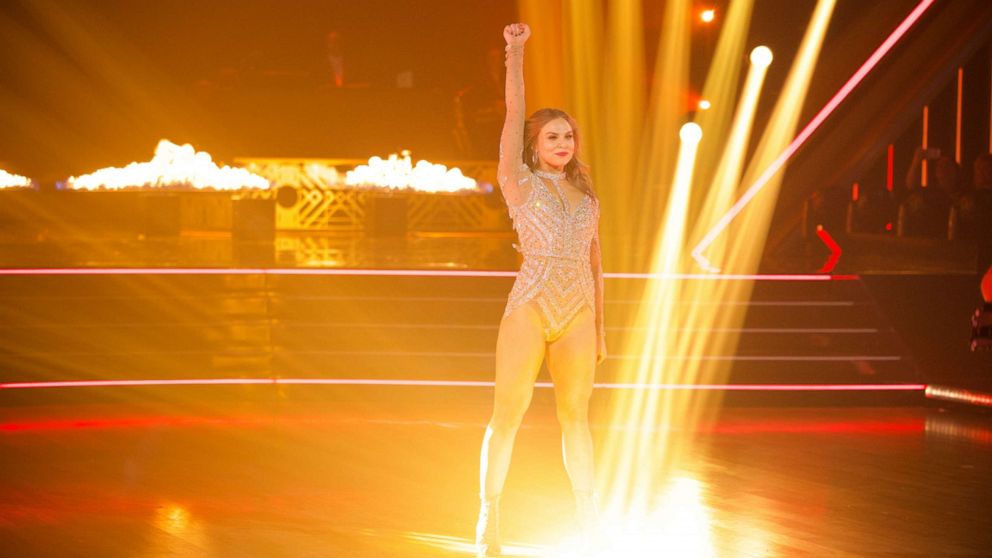 Eric McCandless/ABC
Hannah Brown was named winner on the season finale of the 2019 season of "Dancing with the Stars."

Both dances earned her perfect 10s. She finished the season in third place.

Comedian Kel Mitchell also collected a perfect score on Monday. He chose to reprise his jazz routine from Disney night, dancing to High School Musical's "We're All in This Together." He and partner Witney Carson were perfectly in sync, which delighted judges Carrie Ann Inaba, Len Goodman and Bruno Tonioli -- who was also celebrating his 64th birthday on Monday. 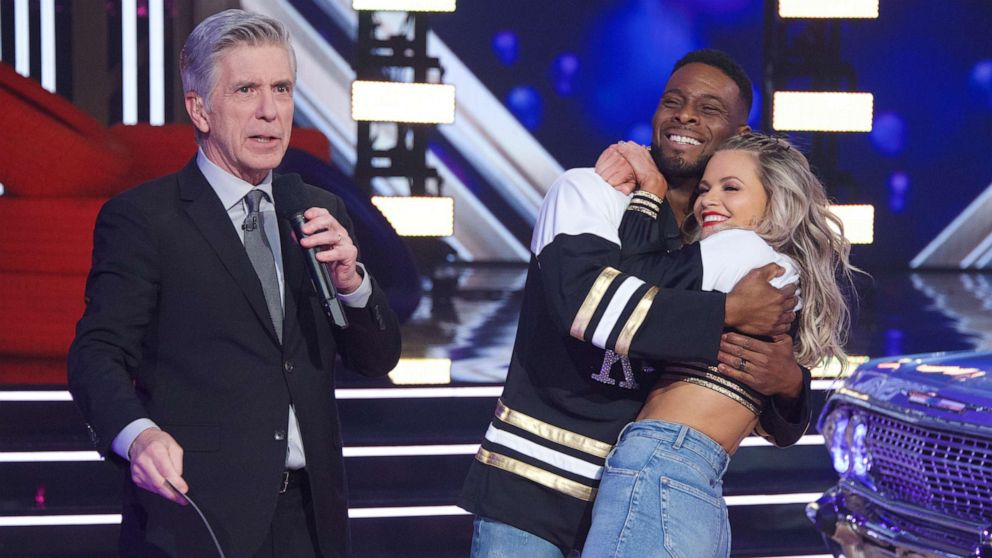 Mitchell chose to freestyle to "Jump" by Kriss Kross and, instead of using the pro dancers for his routine, he brought dancers from Chicago to transform his routine into a full-blown tribute to his hometown. He ambitiously sped up the song toward the end, which delighted the judges as he joyfully kept pace. However, Goodman broke from Carrie Ann and Bruno and handed him a nine in comparison to their 10s, which gave him a final total of 59/60. He was named the season's runner-up.

Country star Lauren Alaina, who finished fourth with pro partner Gleb Savchenko, reprised her emotional foxtrot to Dolly Parton's "Jolene," which earned her straight nines. However, her freestyle to Luke Bryan's "Country Girl" finally earned her first and only perfect score of the season. 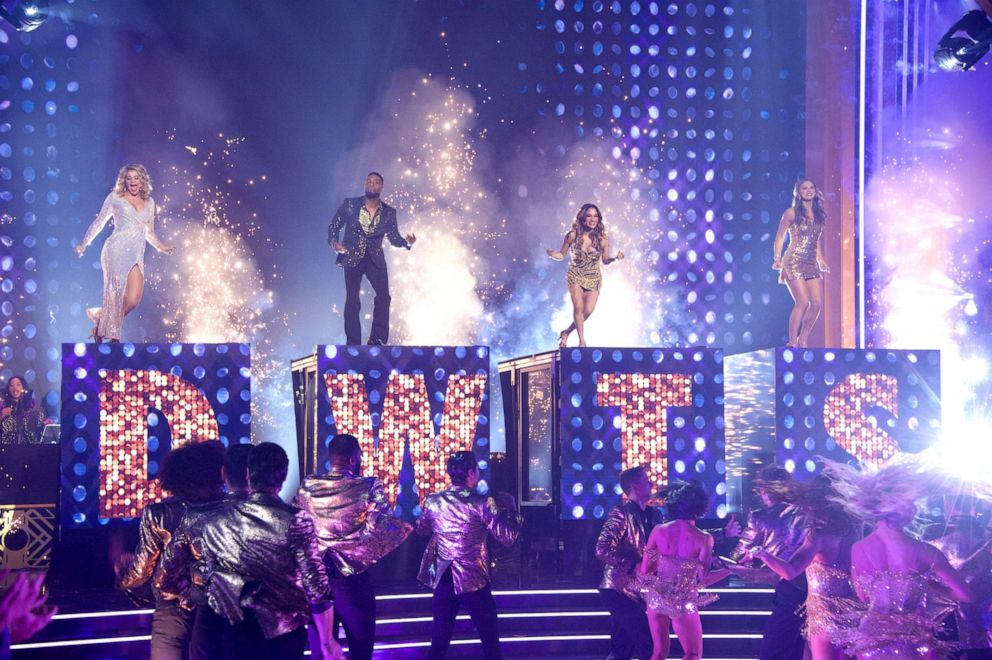 Eric McCandless/ABC
The four finalists, from left, Lauren Alaina, Kel Mitchell, Ally Brooke and Hannah Brown, dance during the opening number on the finale of the 2019 season of "Dancing with the Stars."

The show also welcomed superstar Cher, who threw it back to the '60s with her hit "The Beat Goes On," featuring vocals from her late husband Sonny Bono. She also dressed appropriately for the occasion with a bright and colorful jumpsuit.

In addition to Cher, there were also performances from Ne-Yo and Pitbull, who sang a fiery "3 to Tango" as all the season's competitors danced together one final time.

Also during the show, it was announced that the "Dancing with the Stars Live" tour will kick off Jan. 9, 2020, in Richmond, Virginia. Hannah and Alan, Ally and Sasha, Kel and Witney, plus previously eliminated contestants Kate Flannery and Sailor Brinkley-Cook, will all participate in the tour.