A same-sex romcom for the holidays -- now there's a concept. Starring Kristen Stewart as the lover Mackenzie Phillips ("Halt and Catch Fire") brings home to meet the parents (without telling them she's gay), Hulu's "Happiest Season," as hilarious as it is heartfelt, feels quietly and mischievously revolutionary.

Stewart plays Abby, who is living happily in Pittsburgh with Davis's Harper and the loving support of their friends. Abby's gay bestie John -- so good to see "Schitt's Creek" scene-stealer Dan Levy back in action -- still has no relationship with his homophobic father. That's why Harper's invitation to meet her family comes as the perfect gift for Abby. It's only on the drive up that Harper confesses she hasn't told her folks anything about their relationship and that, please, they must stay in the closet till the holiday visit is over. After that Harper will fess up -- or will she?

MORE: '2 Hearts' review: Why the film resonates in these pandemic times 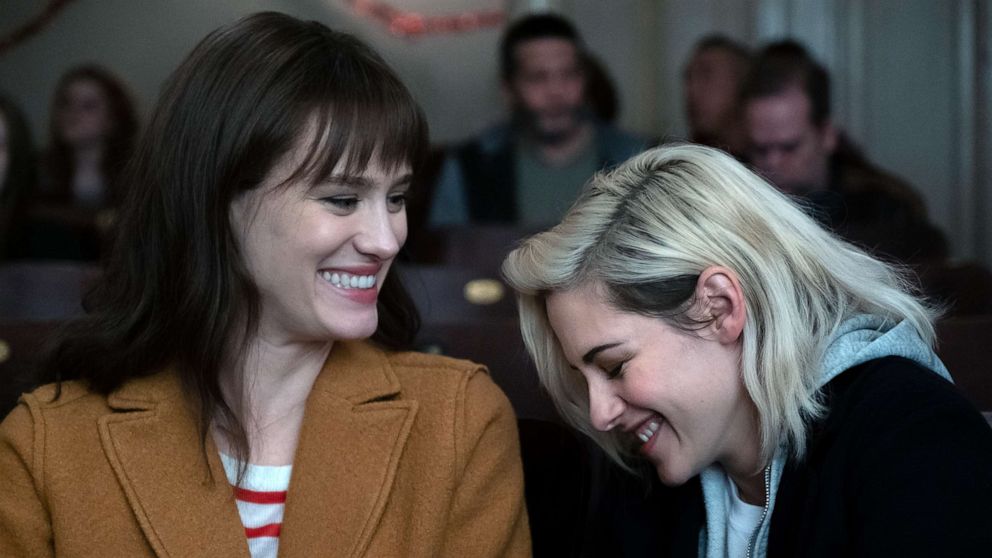 Sony Pictures
Mackenzie Davis and Kristen Stewart in a scene from "Happiest Season."

Abby is clearly stung at having to pretend she's just a roommate, even as Harper lists a string of excuses: her dad, Ted (Victor Garber,) is running for mayor, her mom, Tipper (Mary Steenburgen), is obsessed with family values that look good on Instagram, her married sister, Sloane (Alison Brie), is dying for Harper to slip up, and her single sister, Jane (Mary Caldwell), is, well, too confused to focus. Mix in Harper's ex Connor (Jake McDorman) and Riley, (the deliciously deadpan Aubrey Plaza), the lesbian crush Harper kept secret back in high school, and the stage is set for squirm-inducing farce.

Actor-turned director Clea Duvall ("The Intervention"), who is openly out, keeps all the plates spinning without neglecting the subtle moments that make us believe in and root for the Abby-Harper love story. Stewart, the icon from the "Twilight" franchise who has proved her artistry in such indie films as "Clouds of Sils Maria" and "Seberg," nails every nuance in a performance that stays alert to what hurts and heals about love. She and Phillips also have a genuine chemistry that carries us over the rough patches when the film reverts to formula silliness. 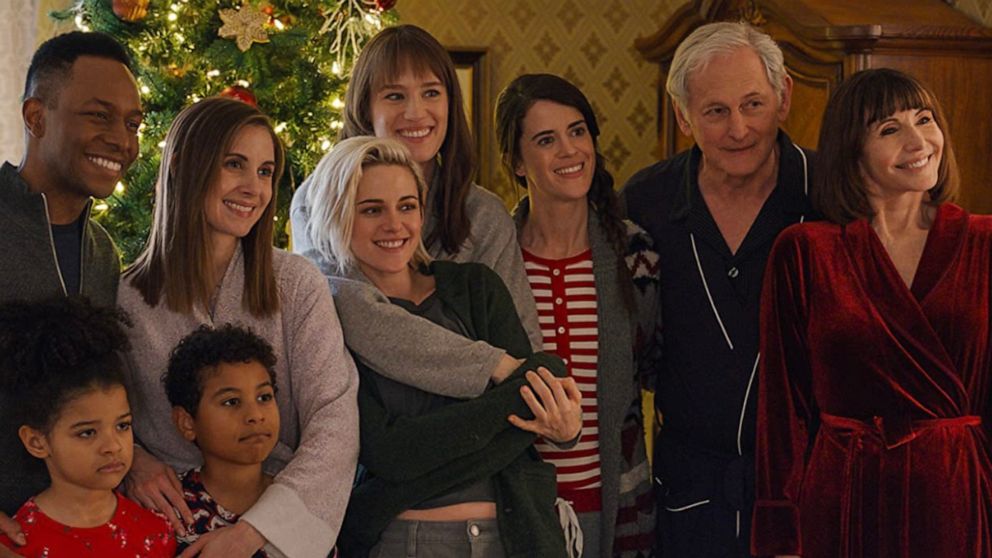 Everything ends in a Christmas party blowout that is hell for the participants and comic heaven for audiences. It really is the most wonderful time of the year when a queer romance, dressed up as a mainstream romp, can make the season bright just by existing. In an isolating pandemic, this movie's plea for unity in understanding truly qualifies as tidings of comfort and joy.