Actress Hayden Panettiere is speaking out about domestic violence with the hope of helping others.

Panettiere's ex-boyfriend, Brian Hickerson, was arrested Thursday night for a felony and is being held in custody on $320,000 bail, according to the Los Angeles Sheriff's Department.

Hickerson was charged Friday in an eight-count felony complaint alleging domestic violence/assault, a source close to the legal process told "Good Morning America." The source added that in the past Panettiere reported to police multiple instances of "extreme domestic violence" by Hickerson during their year-and-a-half relationship.

"I am coming forward with the truth about what happened to me with the hope that my story will empower others in abusive relationships to get the help they need and deserve. I am prepared to do my part to make sure this man never hurts anyone again," Panettiere told "Good Morning America" in a statement. "I’m grateful for my support system, which helped me find the courage to regain my voice and my life.” 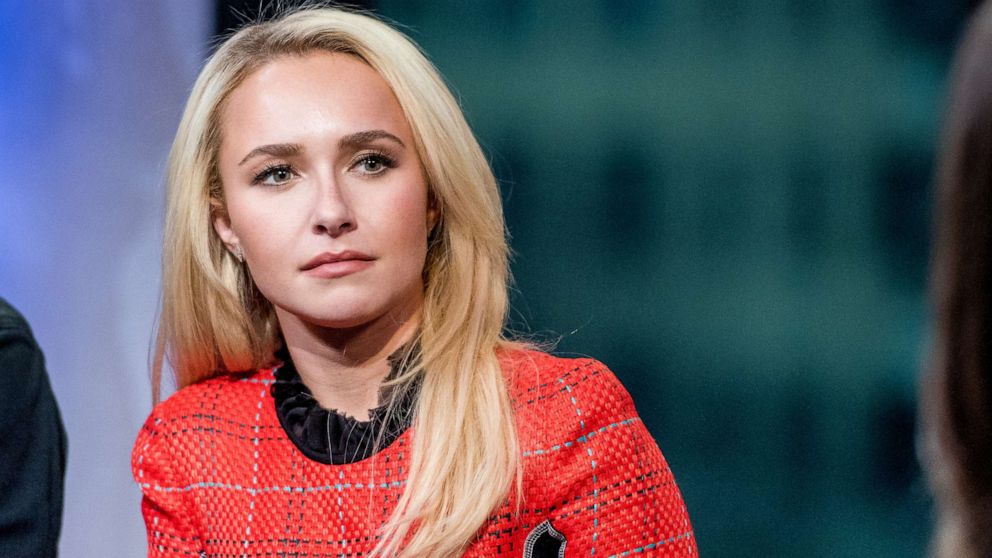 The actress' attorney, Alan Jackson, added that Panettiere was "for years ... the victim of psychological, emotional and severe physical abuse," and noted, "she intends to assist the prosecution to see that justice is served."

"Hayden has found the strength and courage to share the truth about her abuse and her abuser," he said in a statement. "As a survivor, she recognizes that her arduous journey of healing has just begun.”

This isn't Hickerson's first run-in with the law. In May 2019, he was arrested in Los Angeles for a felony -- reportedly a domestic violence charge stemming from an incident with the former "Nashville" star -- and released on bail. That case was dismissed, according to the New York Daily News.

In addition, the Teton County Sheriff's Office in Wyoming confirmed to "GMA" that Hickerson was arrested this past February following a disturbance with a 30-year-old female -- reportedly Panettiere -- and charged with domestic battery and interference with a peace officer. Us Weekly reported that he has pleaded not guilty.

A source close to the actress told "GMA" that Panettiere has been in treatment for alcohol abuse issues and that speaking out now is a part of that recovery process. Currently, she is focused on her sobriety, the source added.

Panettiere, 30, and Hickerson, 31, started dating in the late summer of 2018, after she and then-fiance Wladimir Klitschko had split. Panettiere and Klitschko share a 5-year-old daughter, Kaya.

She and Hickerson do not have children together.