Hillary Swank announced on "Good Morning America" that she is preparing for the biggest role of her career: mom.

The two-time Academy Award winner revealed at the end of her "GMA" interview Wednesday that she and husband Philip Schneider will soon be parents to twins.

"It's so nice to be able to talk about it and share it," the "Million Dollar Baby" actress continued.

.@HilarySwank is going to be a mom of TWO!

While Swank awaits the arrival of her two little ones with Schneider, whom she married in 2018, she is gearing up for her return to network TV with ABC's "Alaska Daily."

Swank said she and McCarthy had a meeting and he sent her a 2019 article called "Lawless" by Kyle Hopkins of the Anchorage Daily News that was "about true crimes in Alaska."

"It was eye-opening, horrifying -- all things at once, things you can't believe are happening," the actress said. "I want to shine a bright light on these issues, especially the missing [and] murdered Indigenous women that, I mean, no one's doing anything about." 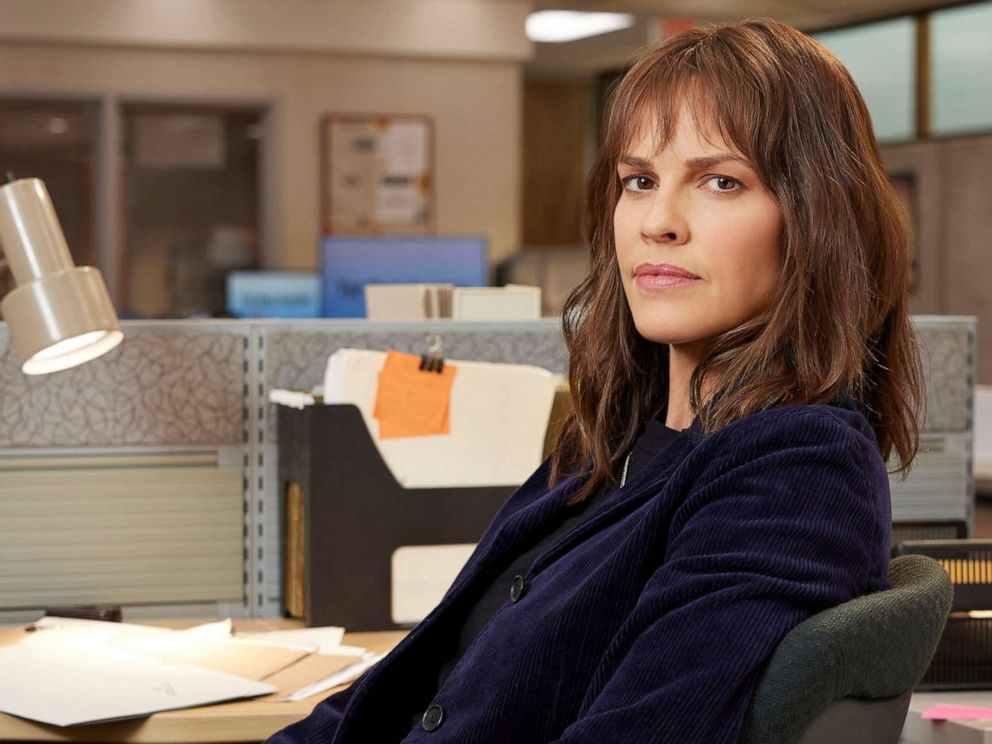 "It's an extra responsibility, you know, to do justice for the underdogs, for the underserved," she added. "It's just something that I'm passionate about."

Swank plays the character Eileen on "Alaska Daily," a New York journalist who moves to Alaska to work for a daily newspaper in Anchorage. Eileen is looking for a clean start, both personally and professionally.

The actress said that while she isn't a writer like Eileen, she relates to her because her goal as an investigative reporter is searching for the truth.

"As an actor, I'm searching for the truth in my characters," Swank said.