A guy takes his girlfriend home to meet the parents -- just like in "Meet the Fockers." Could there be a more conventional setup for a relationship movie? Lucky for us, Oscar winner Charlie Kaufman doesn't do conventional. Not ever.

The award-winning screenwriter of "Being John Malkovich," "Eternal Sunshine of the Spotless Mind" and "Adaptation," who wrote and directed the surreal "Synecdoche, New York" and the animated "Anomalisa," delights in messing with our heads.

He's definitely up to his old tricks with "I'm Thinking of Ending Things," which is currently stirring up debate on Netflix. Don't look for help to the 2016 novel by Iain Reed on which the script is based. Kaufman quickly zooms off into the wild blue of his own imagination. If, like me, you enjoy challenges that are emotionally rewarding to puzzle out, then "I'm Thinking of Ending Things" ranks with the year's best movies. 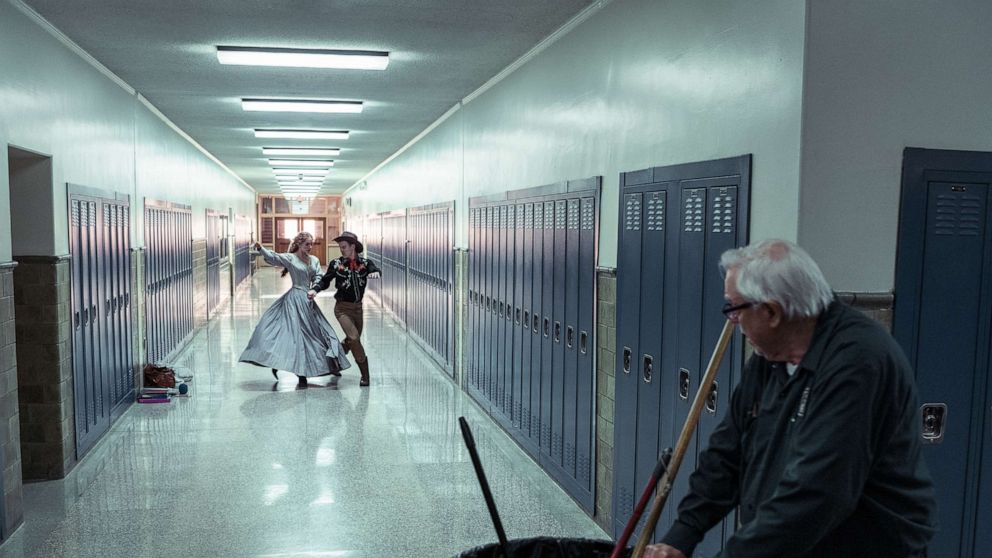 The mega-talented Jessie Buckley ("Wild Rose") may or may not be playing a character named Lucy. Or maybe it's Louisa or Amy or Ames. It's that kind of slippery slope. "I'm thinking of ending things," she says to herself, looking out a car window as she's being ferried through the snow by her boyfriend Jake (a stellar Jesse Plemons). Jake sticks to his name. Only the audience can hear Lucy's thoughts until Jake starts picking up on them, too, and calling her out on them.

Their destination is the farm owned by Jake's parents (a deliciously demented Toni Collette and David Thewlis). It's at the house, when Jake's parents turn randomly young and old that you may begin to pick up on Kaufman's game. Is Lucy a free agent, an amalgam of features Jake has imposed on her, or both? No spoilers, except a note to look carefully at the books, DVDs and artifacts seen in Jake's childhood room. On the night ride home, Jake and Lucy stop at his former high school, where an elderly janitor (Guy Boyd) may be a manifestation of Jake left alone with memories that haunt him. His thoughts of a long-ago school production of "Oklahoma" make the empty corridors erupt into a dance sequence in which Jake identifies with a lonely farmer pining for a woman who won't love him back.

MORE: Drive-in entertainment sees a resurgence during the pandemic, from movies to comedy

Still with me? Also in play are a talking pig, a snowbound ice cream shop, a speech from "A Beautiful Mind" and David Foster Wallace's "A Supposedly Fun Thing I'll Never Do Again." If Kaufman's film strikes you as something you'll never do again, that would be a shame. "I'm Thinking of Ending Things" delivers fresh insights on multiple viewings. Kaufman isn't a trickster, he's an artist building a steadily gripping blend of psychological horror and intellectual provocation out of a previously unexamined life.

Let Buckley and Plemons -- both electrifying -- steer you to a shock ending that Kaufman makes indelibly moving. One thing is for sure about this mesmerizing mindbender: You won't be able to stop talking about it.