Jennifer Aniston and Reese Witherspoon recreated a scene from the time they starred on "Friends" together.

In an Instagram video Witherspoon shared, she and Aniston recited some of their lines from an iconic "Friends" scene.

"This line gets me everytime," Witherspoon wrote in the caption.

The scene that the two actresses recreate is when Rachel (Aniston) asks Ross (David Schwimmer) to stop seeing her sister, Jill (Witherspoon).

"Is this where you say the line that you love so much?" Aniston asks Witherspoon in the video. 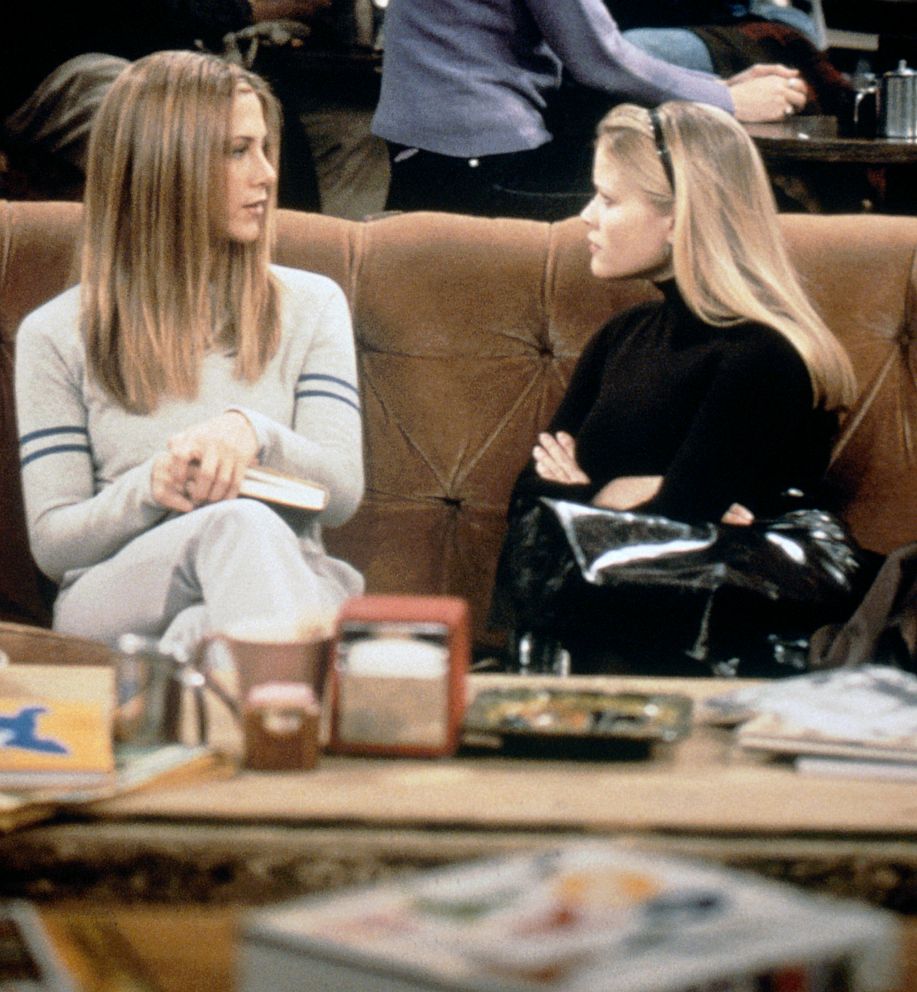 NBCUniversal via Getty Images
Jennifer Aniston and Reese Witherspoon in a scene on "Friends," in 2000.

"We could say the lines. Do you remember your line?" Witherspoon responds before helping Aniston out.

"Can't have? Can't have? The only thing I can't have is dairy!" Witherspoon responds. 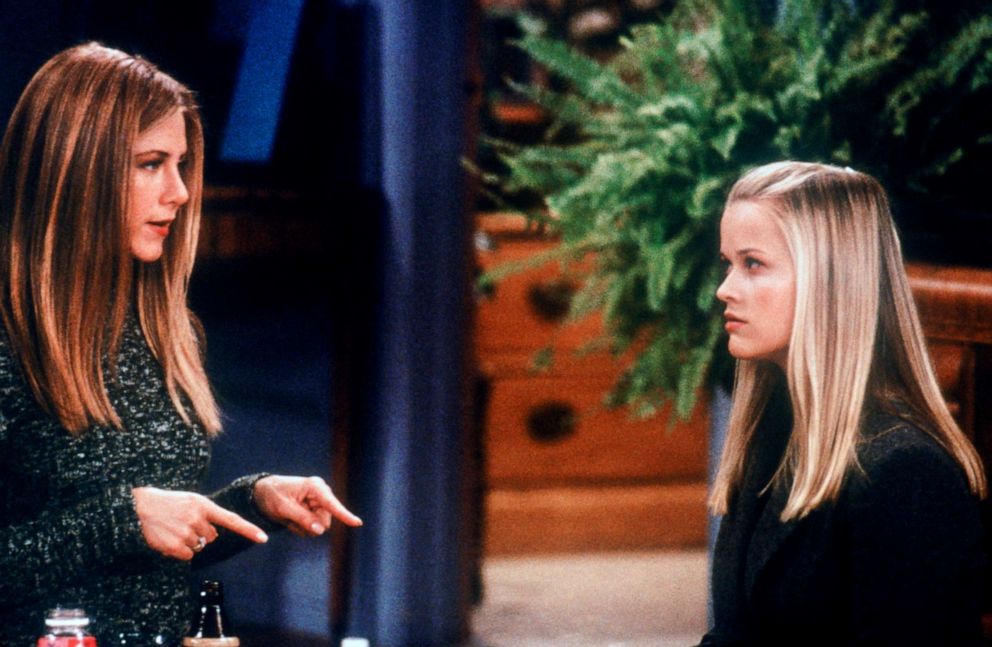 Witherspoon and Aniston were only in two brief "Friends" episodes together, but reunited on screen for "The Morning Show."

In the first season of the drama series, the two actresses are rival co-hosts on a television morning show as Aniston's character, Alex Levy, fights to keep her job as the top host of a news morning show from Witherspoon's character, Bradley Jackson.

The premiere date for season three of the hit show hasn't been announced yet, but the show teased an image this week of production beginning.