Actress, singer, dancer and fashion icon Jennifer Lopez is back on the big screen in "Hustlers," and the superstar's performance already has critics looking to awards season.

The film about women taking control in life -- through nefarious means -- was inspired by true events and written and directed by women, which J.Lo thinks is a sign of the times in the industry.

"It's a movie that makes you think, it goes deeper than maybe you think it does," the native New Yorker told "Good Morning America." 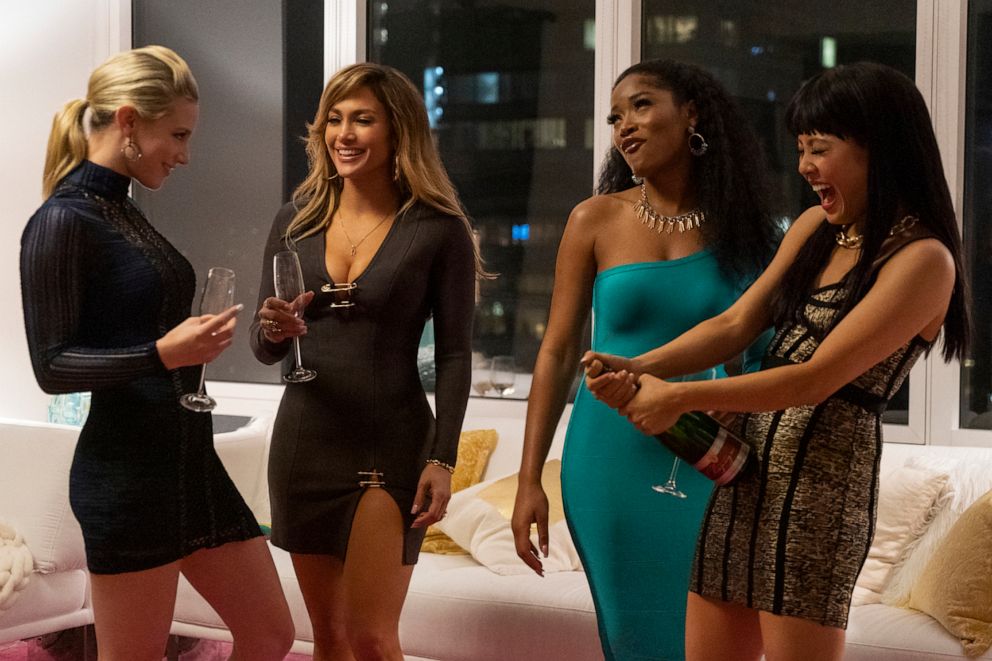 "This movie was produced by women, written and directed by women, edited by women and has a cast of all women," J. Lo said proudly.

"The men love it, too," she added, laughing.

Lopez explained that a large focus of the film is her character Ramona's friendship with co-star Constance Wu's character, which she said transcended from their connection off-screen.

"Right away Constance and I sort of hit it off in that way," the actress said. "We had a natural chemistry, so that was a lot of fun to see in the movie itself -- there's a real love story there."

Earlier this summer, Lopez said she was in Washington, D.C., for her "It's My Party" tour with fiance Alex Rodriguez, and they had the pleasure of meeting Supreme Court Justice Ruth Bader Ginsburg.

"I admire her so much for all the things she's done, standing up for minorities and women and fighting for justice in this country, but also for her marriage," Lopez said. So she asked RBG for some wisdom on the topic.

"I was there with Alex [Rodriguez] and I was like, 'What's the secret?'" Lopez said. "She was just like, 'Sometimes it just helps to be a little bit deaf -- if you hear an unkind word, let it go.' It was super wise."

(MORE: Vanessa Hudgens has a 'Second Act' in her career starring alongside J-Lo)

Life begins at the end of your comfort zone... This was definitely one of the hardest things I’ve ever done physically. But it was all worth it in the end. 🍸💰✨

It's no question J.Lo has incredible dance skills, but she said the training to pole dance in just six weeks for her role was tough.

"You never know until you walk into somebody else's shoes what it's really like," she explained. "It was very acrobatic, it's like Cirque du Soleil."

She continued, "My core was on fire and I literally had bruises all over my legs -- just trying to learn this in a short amount of time."