Constance Wu said she endured some "battle wounds" on the set of her latest movie, "Hustlers," but surprisingly, it wasn't from her pole dancing or walking in 8-inch high heels.

"We had this fight where she starts to be try to take a cell phone out of my hand, and what happened was the cell phone hit me in the nose," Wu described from the scene. "She felt so bad and I was like, 'Girl, don't worry this is just, you know, battle wounds. Let's keep going.'"

But despite J.Lo's best efforts to stay safe, Wu said "she did it again." 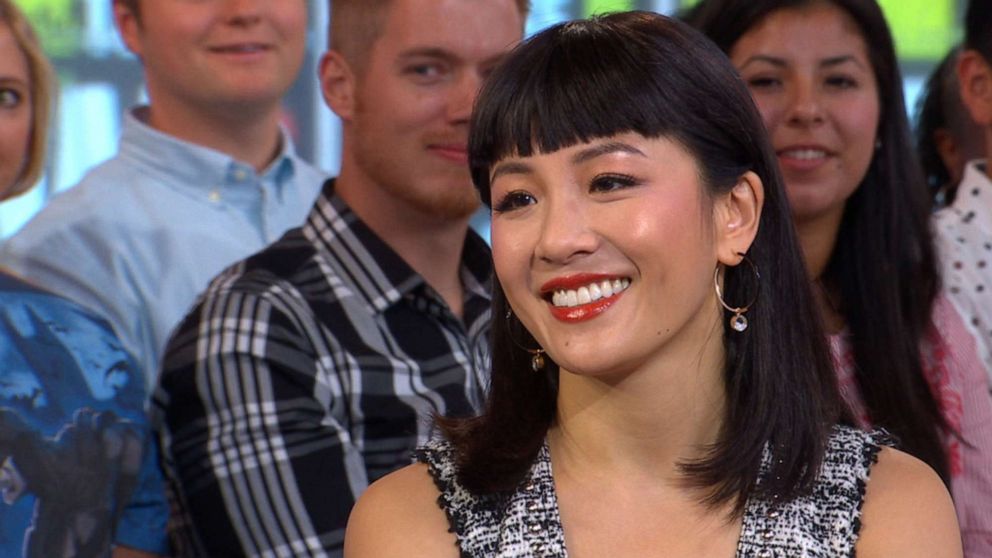 Wu, who plays Destiny in the movie, said "it was so hard" learning all the intricacies and moves of a stripper.

"I was lucky though in that my character's not supposed to be that good," she said, laughing. "I had to pretend to be bad, which was easy to do because I wasn't great. But I did do pole dancing lessons and I had a pole installed in my living room."

The actress also came up with another unique way to get comfortable in her character's shoes -- literally.

"I had those like 8-inch heels and I'd just walk around and do dishes in them," she said. "I was in my flannel pajamas and then my stripper shoes." 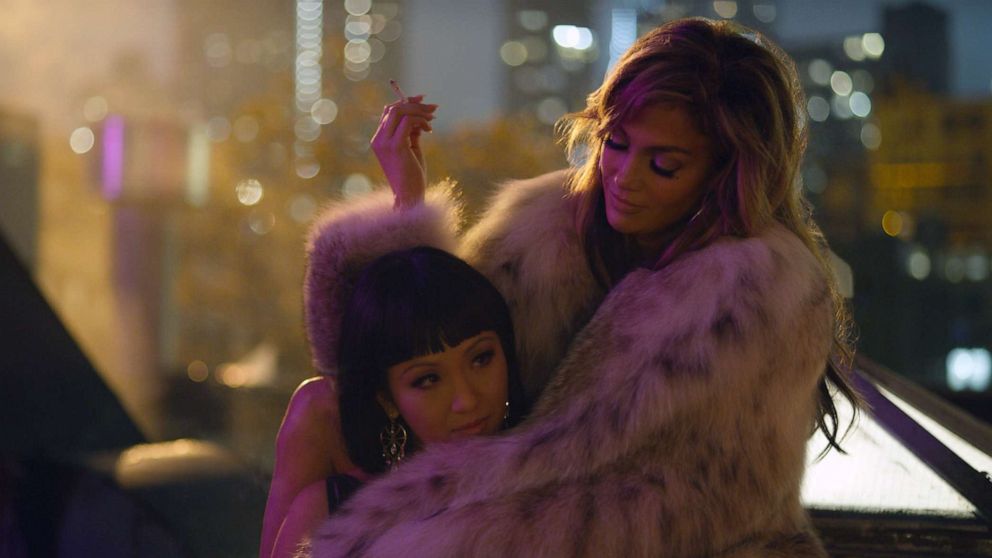 Antics and high arches aside, Wu said the heart of this movie is "about friendship and loneliness," which first drew her to the role during such polarizing times in real life.

"When I read this, I saw that in the character of Destiny and furthermore she's a stripper and most people, the judgment stops there," Wu said. "They assume so many things about them, and as an actor you want to explore people's character beyond the stereotypes and assumptions, and the script really allowed all the girls to explore these characters in multifaceted ways."

Hustlers is in theaters nationwide Sept. 13.