"The Boys" often revels in its lack of political correctness. But Jensen Ackles' new character, Soldier Boy, takes it to another level.

"Toxic masculinity embodied in one character, that's what that is," Ackles, the "Supernatural" vet, told "Good Morning America" of his character. "One of the great things about this show is it really does poke fun at the modern issues of politics or social issues and so we get to really lean in to the satire."

MORE: Review: You're in for a treat with 'Downton Abbey: A New Era'

The third season of the Amazon Prime series debuted last week with all the blood and guts fans of the show have come to expect. They also got a new character in Soldier Boy, played by Ackles, who appears in flashbacks as one of the first "supes" in history, leading his group of misfits, Payback.

Soldier Boy's exploits in South America also play a pivotal role in The Boys' takedown attempts of Homelander, the egotistical leader of The Seven, and he has made a special enemy of Mothers Milk, the character played by Laz Alonso. 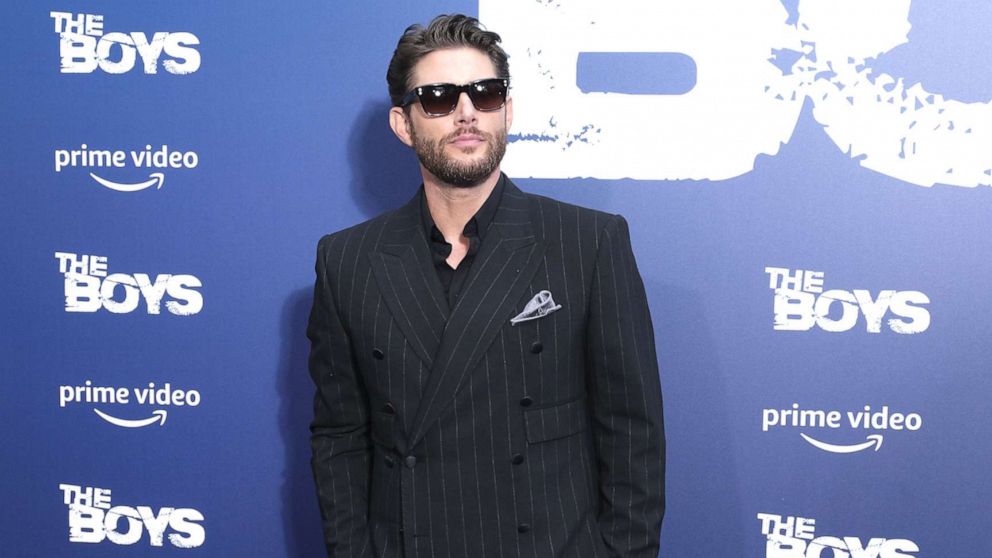 WireImage via Getty Images
Jensen Ackles attends the "The Boys - Season 3" special screening at Le Grand Rex, May 23, 2022, in Paris.

In his first scene, Soldier Boy dresses down a younger version of the character Grace Mallory, played by Sarah Swire, the former deputy director of the CIA.

"He has no filter when it comes to talking to women or really to anybody," Ackles said. "It is that embodiment of what we deal with in society still from generations past and he is from an older generation. This is a character who fought in World War II and was a movie star in the '50s and was hanging out at the Playboy Mansion in the '70s, so he is from a time that is past, but still there is this toxicity that still exists today that I think we're using this character to poke fun at."

Despite the depravity of his character, Ackles said it's been a blast to play Soldier Boy.

"Just being a superhero is every boy's dream, I think, so getting to do that and do it in a way that is highly satirical and really messed up -- kind of a grungy world -- is a lot of fun," Ackles said.

Ackles also gave fans a tease for the new prequel series he is producing, "The Winchesters," based on the beloved CW series "Supernatural."

"There was a strong desire from a lot of folks to expand the world of 'Supernatural,' and there was a reason it went for 15 seasons ... and I think people just enjoy that genre, that world, so to find a way to expand it with characters that were really rooted in the story," he said. "We're going back and telling the story of how mom met dad essentially."

"The Winchesters" is set to debut Sept. 1.