Joaquin Phoenix made a powerful statement about the lack of inclusion in the film industry while accepting his award for leading actor at the British Academy Film Awards Sunday.

Taking the stage, the "Joker" actor began, "I feel very honored and privileged to be here tonight and BAFTA has always been very supportive of my career, and I am deeply appreciative."

"But I have to say that I also feel conflicted because so many of my fellow actors that are deserving don’t have that same privilege," he continued.

MORE: Why Joaquin Phoenix will wear the same tux to every awards show

"I think that we send a very clear message to people of color that you are not welcome here," Phoenix said in his speech. "I think that is the message that we are sending to people that have contributed so much to our medium and our industry -- and in ways that we benefit from."

"I don’t think anybody wants a handout or a preferential treatment, although that is what we give ourselves every year," he added. "I think that people just want to be acknowledged and appreciated and respected for their work."

He also acknowledged his own shortcomings, adding that he is "ashamed to say that I am part of the problem."

I think that we send a very clear message to people of color that you are not welcome here.

"This is not a self-righteous condemnation ... I have not done everything in my power to ensure that the sets I work on are inclusive," he shared. "But I think that it's more than just having sets that are multicultural."

"I think that we have to really do the hard work to truly understand systemic racism," he noted. "I think that it is the obligation of the people that have created and perpetuate and benefit from a system of oppression to be the one to dismantle it. So that’s on us."

MORE: Female directors were snubbed in 2020 Oscar nominations -- here's what can be done

"The Farewell" director Lulu Wang noted the crowd's reaction to his words in a tweet.

"An uncomfortable silence filled the hall for a long noticeable moment. Thank you Joaquin," she shared.

An uncomfortable silence filled the hall for a long noticeable moment. Thank you Joaquin.

Prince William also spoke out on the lack of diversity and inclusion in the award show while addressing the crowd at the BAFTAs.

"Both here in the U.K. and in many other countries across the world we are lucky to have incredible filmmakers, actors, producers, directors and technicians -- men and women from all backgrounds and ethnicities enriching our lives through film,” he said.

"Yet in 2020, and not for the first time in the last few years, we find ourselves talking again about the need to do more to ensure diversity in the sector and in the awards process -- that simply cannot be right in this day and age." 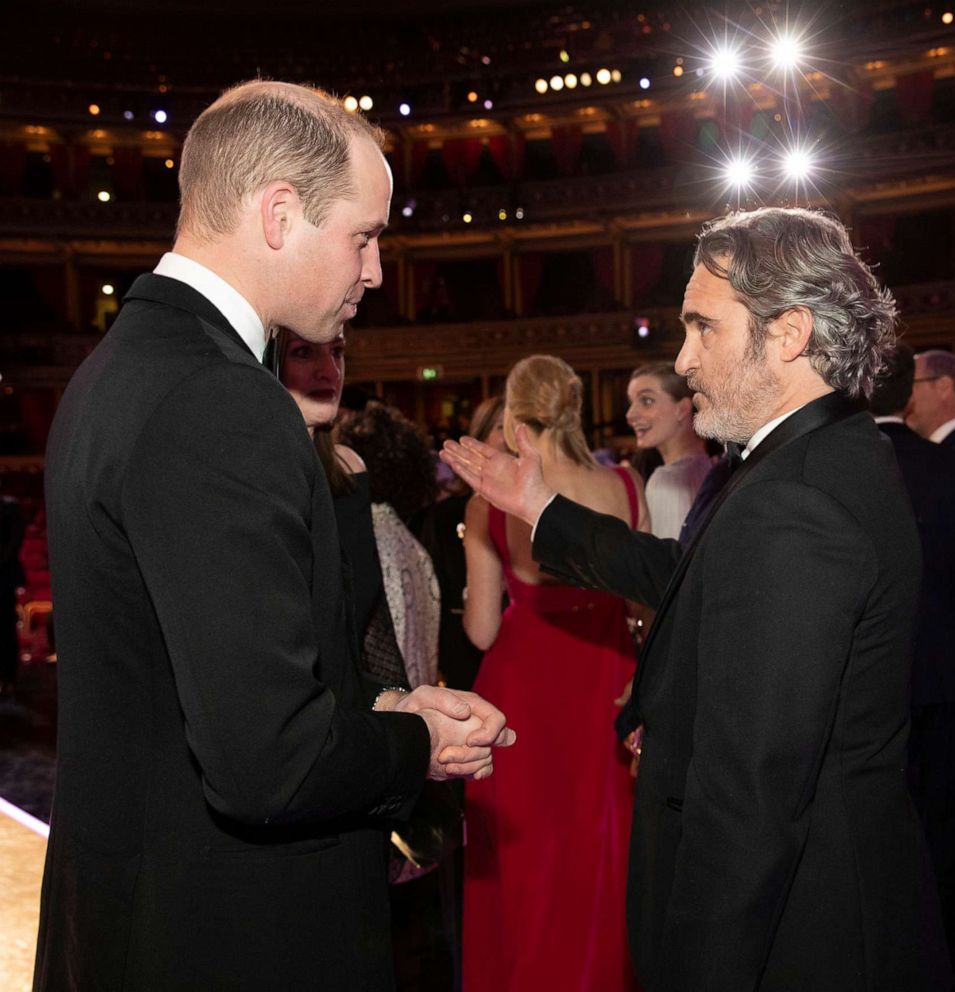 He also pointed out the actions the academy will take in the wake of the exclusive nominations list.

"BAFTA take this issue seriously, and following this year's nominations, have launched a full and thorough review of the entire awards process to build on their existing work and ensure that opportunities are available to everyone," he shared.

BAFTA has not responded to a request for comment.