In Josephine Baker's iconic song, "J'ai Deux Amours," the legendary entertainer describes having two loves, "my country and Paris." Forty-six years after her death, the French capital is giving Baker love in return as she becomes the first Black woman to be honored at Paris’ Panthéon.

Baker's voice reverberated across the Latin Quarter on Tuesday during a historic ceremony presided by French President Emmanuel Macron, who bestowed upon one of France's greatest honors upon the entertainer.

The doors to the mausoleum opened to a procession carrying Baker's coffin, which contained soil from the United States, France and Monaco, where Baker's body is buried, according to the wishes of her family. 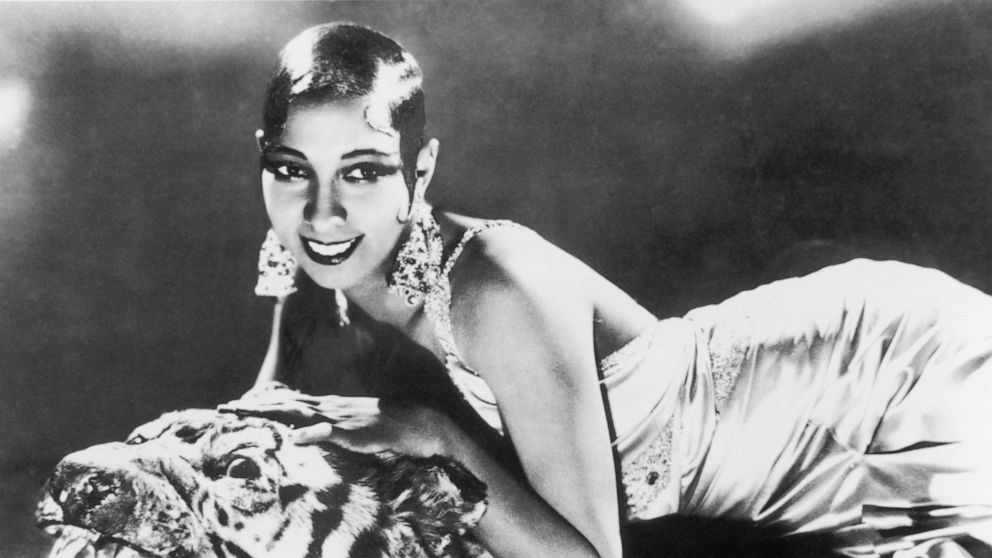 Hulton Archive/Getty Images
American-born singer and dancer Josephine Baker lying on a tiger rug in a silk evening gown and diamond earrings, circa 1925.

Baker, who was a civil rights advocate alongside Martin Luther King, was outspoken about racism in the United States and moved to France when she was 19.

Macron addressed Baker's coffin at the ceremony cementing her in French history, saying, "You enter our Pantheon because, born American, there is no one more French than you."

She was a singer, dancer, actress and fashion ambassador, which made her one of the first international stars and an icon of the Roaring Twenties.

Baker was also hailed for her work as a spy for the allied forces during World War II, where she passed on secret documents and carried secret photos of German military positions in her underwear. She became the first American woman to receive the French War Cross for her bravery. 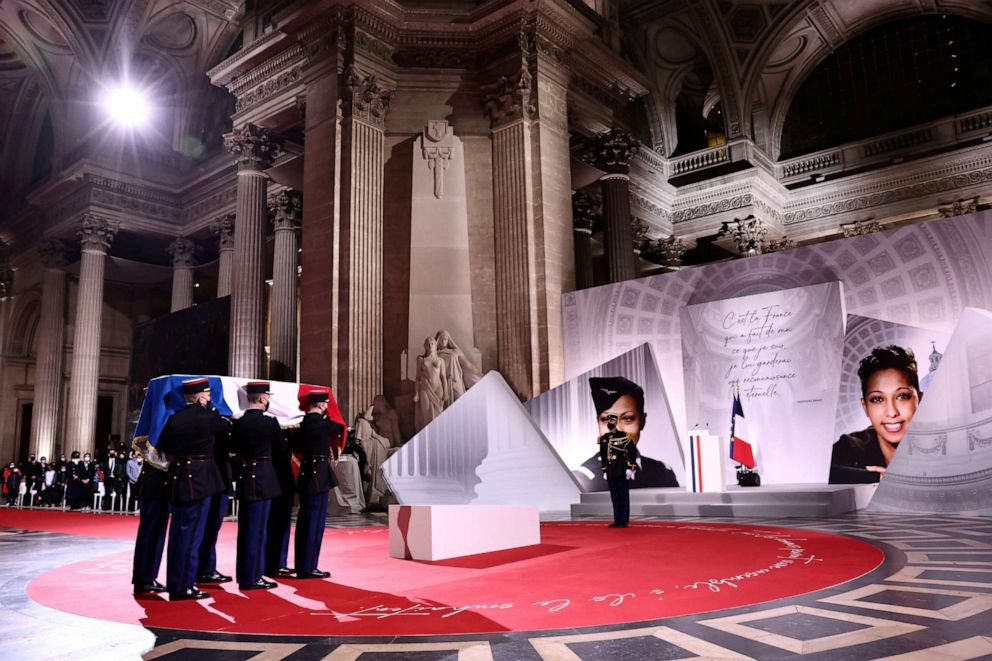 Sarah Meyssonnier/Reuters
Soldiers carry the cenotaph containing soil from various places where famed Black French-American singer and dancer Josephine Baker lived, covered with a French flag, during her induction ceremony into the Pantheon, where key figures from France's history are honored, in Paris, Nov. 30, 2021. 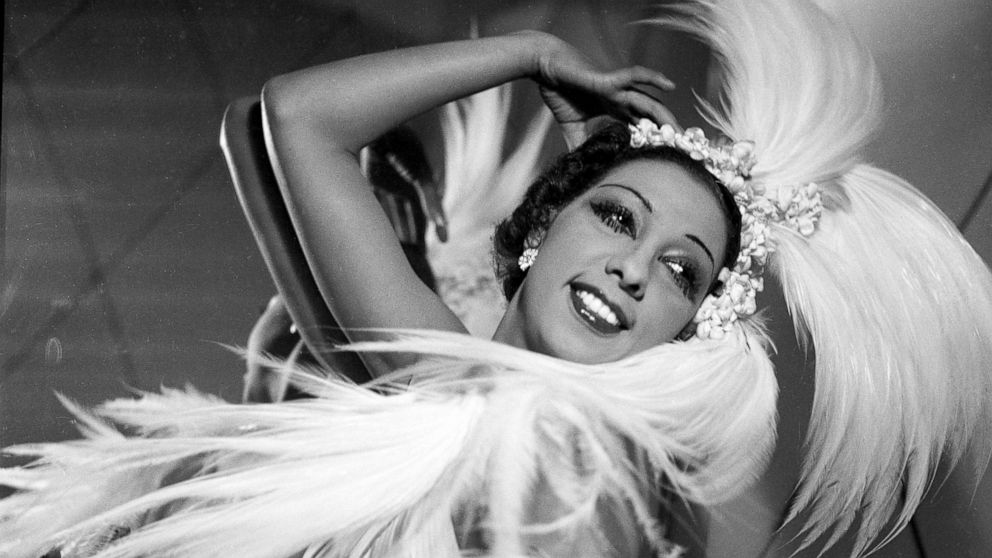 She acquired French citizenship in 1937 after her marriage to Jean Lion. She died in 1975 in Paris at age 68.

Macron made the decision to honor the legendary entertainer in August following the "Dare Josephine" campaign which was launched in 2019.

In announcing Macron's intent to honor Baker at the Panthéon, the Elysée Palace released a statement, hailing her as "the embodiment of the French spirit" who "deserves the recognition of her motherland."

The Panthéon is a famed monument that was built over three decades, between the late 1750s and 1790. The structure, which stands atop the Montagne Sainte-Geneviève hill overlooking the Seine river, is a burial place of notable figures across French history, including writers and philosophers like Voltaire, Rousseau, Victor Hugo, Alexandre Dumas, along with other luminaries who made their mark on French history. 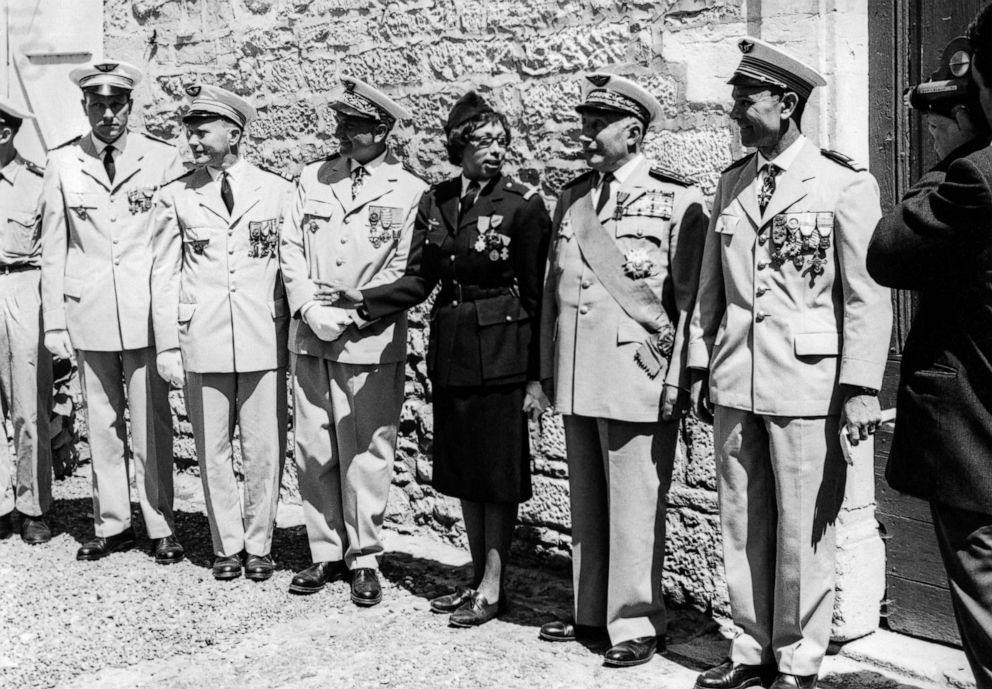 AFP via Getty Images
Missouri-born cabaret singer and dancer Josephine Baker is surrounded by army officers during a ceremony in which she was awarded the Legion of Honor and the Croix de Guerre with palm on Aug. 19, 1961, at Château des Milandes in France.

The historic memorial site will pay tribute to the mark Baker and her legacy left on the French and Black communities.

Baker's adopted son, Brian Bouillon-Baker, told ABC News that his mother would have felt "surprise," "emotion" and "pride" at being given the tribute.

The ceremony traced the various stages of her life -- from her fight against racism and her contributions to the war efforts, to her passion for the performing arts and her rise as an international star. 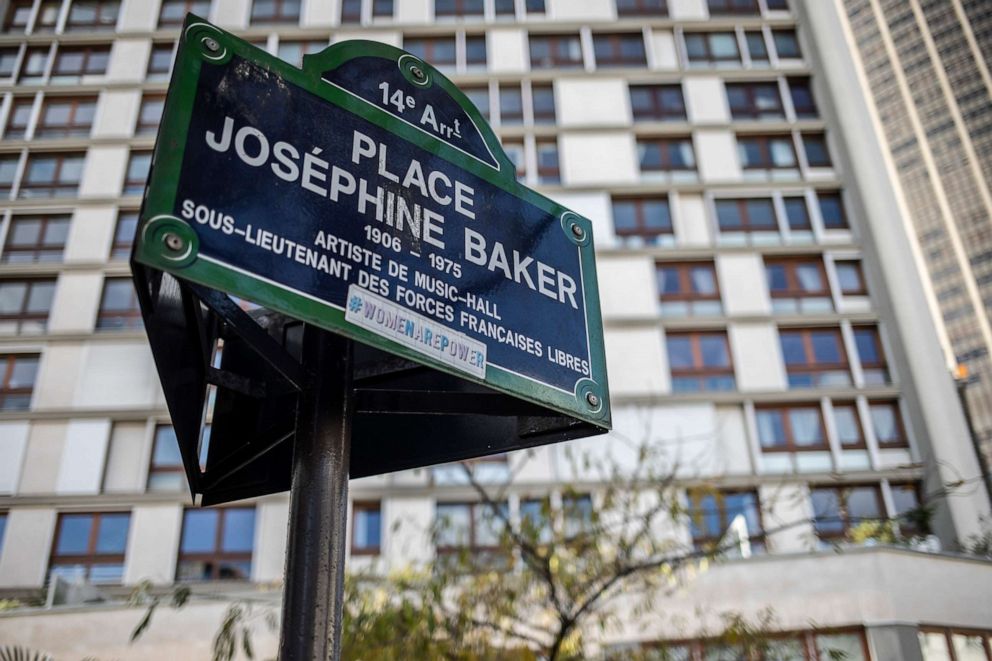 Siegfried Modola/Getty Images
Josephine Baker is honored with a square named after her in Paris, Nov. 29, 2021.

Although the decision to honor Baker was met with positive responses, Macron's decision also spurred some controversy, with some Black activists criticizing the move as performative in light of "deep rooted anti-blackness" in France.

The decision also sparked a conversation about honoring more women at the Panthéon, including a push to honor human rights lawyer and feminist Gisèle Halimi who fought against the war in Algeria.