In a new episode of "Journeys of Faith with Paula Faris," a podcast featuring conversations about how faith has guided newsmakers and celebrities through their best and worst times, ABC News' Paula Faris sits down with religious studies scholar and activist Simran Jeet Singh.

Here is Paula, in her own words, about the episode.

Simran Jeet Singh says he would sacrifice his life for yours. Even if you’ve offended him.

That’s because he follows the Sikh faith, which is built around the concepts of love and oneness. It's the fifth-largest religion in the world, but it often gets confused with Islam or Hinduism.

Singh, a scholar of religion, knows this well. On this week’s episode of "Journeys of Faith with Paula Faris," he says the Sikh faith should be acknowledged and respected as a standalone religion -- one with its own founder, scripture and customs.

Some of those customs are external in nature. For example, Singh wears a turban and refrains from shaving his hair and beard.

"From the perspective of a Sikh," he says, "what's frustrating about being so visible is that we're also completely invisible. People just don't know anything about Sikhism."

That, in turn, can lead to discrimination. Singh grew up playing sports with his brothers in his native Texas, telling me, "I had a referee once in a soccer game squeeze my turban, pat it down and say, 'I need to check for weapons. You could be hiding bombs under there.'"

(MORE: Sikh man attacked while putting up campaign signs, told to 'go back to your country')

His family has peacefully pushed for equality. They were instrumental in getting the NCAA to update its policies, which didn't allow athletes to wear turbans. His younger brother, Darsh Preet Singh, became the first basketball player in NCAA history to wear a turban during a game.

Singh says there needs to be more discourse about religions and cultures, adding, "Part of the real challenge we have in the U.S. is we don't actually know about one another's cultures and religions. We never learn them, and so that ignorance really fuels a lot of problems for minorities." 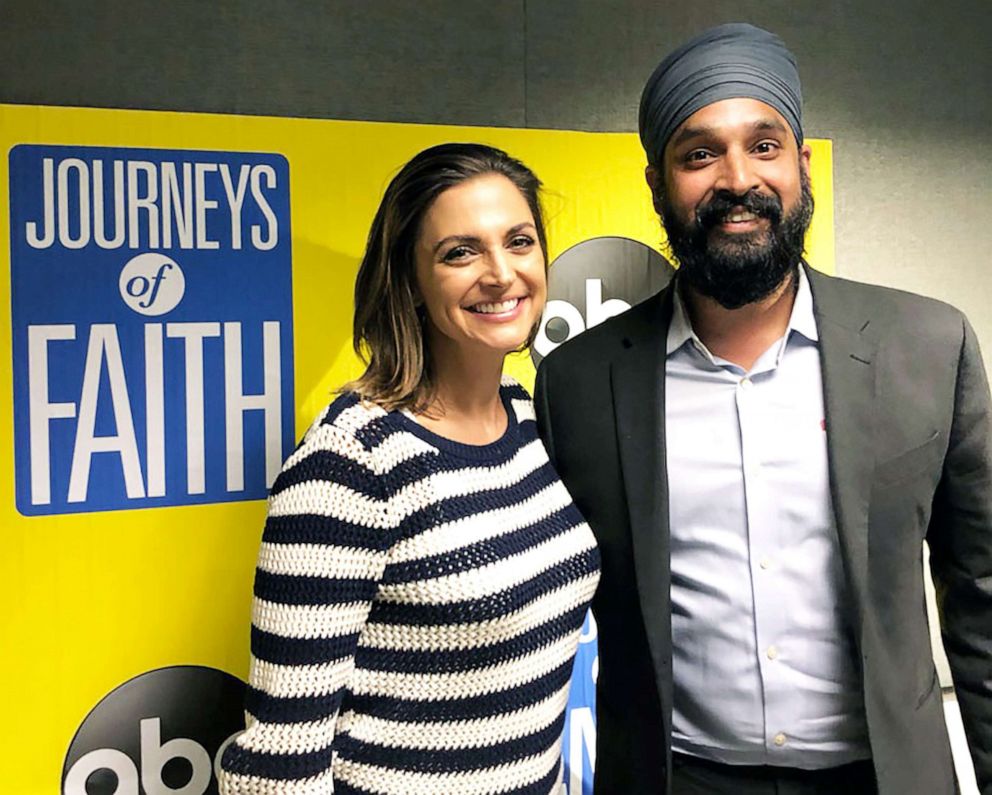