Julianna Margulies has admittedly always been a little unladylike.

"I was a tomboy growing up," the Emmy-winning actress told "Good Morning America" over the phone from her home in upstate New York. "I liked sports, I rode horses, I climbed trees, I ran track, I played flag football."

"For me," she added, "I never fit into that prim, proper girl role anyway, and I think I got it a lot from my grandmother."

Margulies' grandmother, Henrietta, graduated from the New York University School of Law in 1924. After being told she could take the bar exam but wouldn't be allowed to join the bar association because she was a woman, she helped co-found the Bronx Women’s Bar Association.

I’ve always loved this photo of me with my grandmother, Henrietta Margulies, one of the 1st women to graduate NYU Law School, 1924. Celebrating #InternationalWomensDay

"I feel like I got a lot of my unladylike qualities from her in that she never accepted no for an answer, she just found another way to succeed," Margulies, 54, explained.

On lending her voice to a worthy cause

Having this idea instilled in her from an early age, Margulies jumped at the opportunity to co-narrate "American Masters – Unladylike2020: The Changemakers" alongside "Orange Is the New Black" alum Lorraine Toussaint. The hour-long documentary special highlighting several pioneering women in U.S. history aired July 10 on PBS.

It's part of the larger "Unladylike2020" multimedia series, created by Charlotte Mangin, which brings important women to the forefront with documentary shorts each week. The series launched on March 4, and 26 women will be featured when the series concludes Aug. 26.

MORE: After Weinstein sentencing, Tarana Burke on what's next for the #MeToo movement

Margulies lamented that she -- and likely many others -- didn't know many of these "unsung heroes," such as Lois Weber, the first woman to direct a feature-length film. 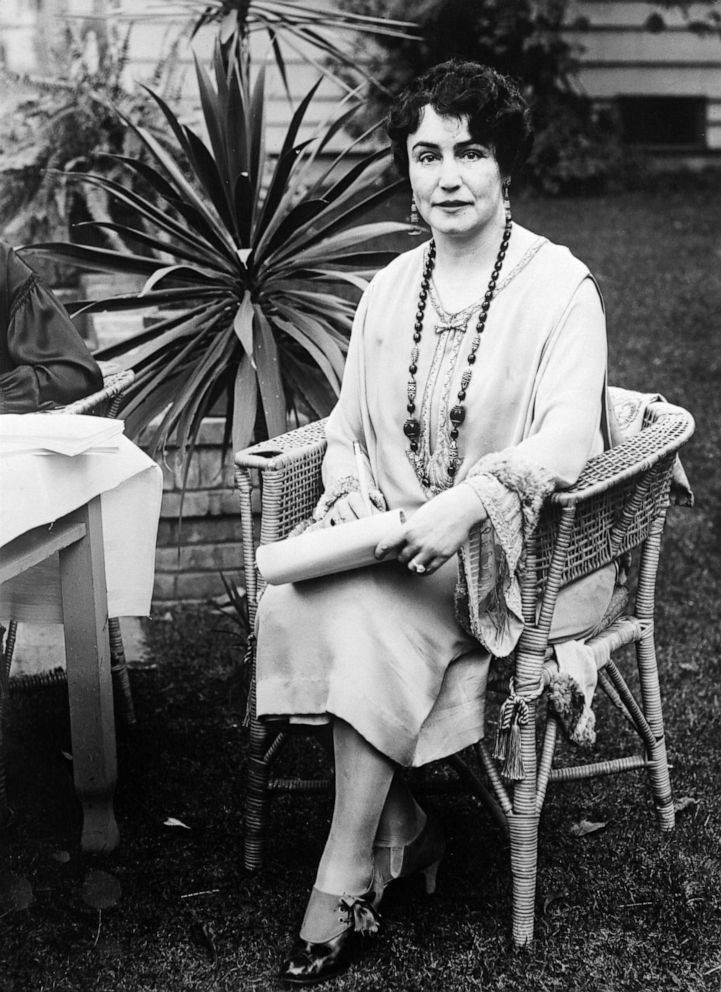 Bettmann Archive via Getty Images
Lois Weber in the garden in the back of her home, Jan. 5, 1926.

"I kept reading about them going, 'Wait, who? Why didn't I know about this? Why aren't these women known around the world? Why aren't they in our history classes?'" she said.

But the issues these women stood for resonated, Margulies said, and demonstrated the need for the project.

On her own battle for equal pay

Just last year, Margulies was surprised when she faced her own battle for pay equality. In an interview with Deadline, she revealed she had passed up the opportunity to bring her "The Good Wife" character to the show's spin-off series, "The Good Fight."

Alluding to these events in her chat with "GMA," she explained she could stand her ground in part because of the privilege of already having a successful career.

"They'd all be appalled that we're still fighting for pay equality."

"I'm lucky that way because I already have a career behind me, and hopefully in front of me, that I can fall back on," Margulies said. "Whereas, if I was a girl who just got my first job, I understand why she would take it, even though both parts are equal, and the man is making twice as much as she is." 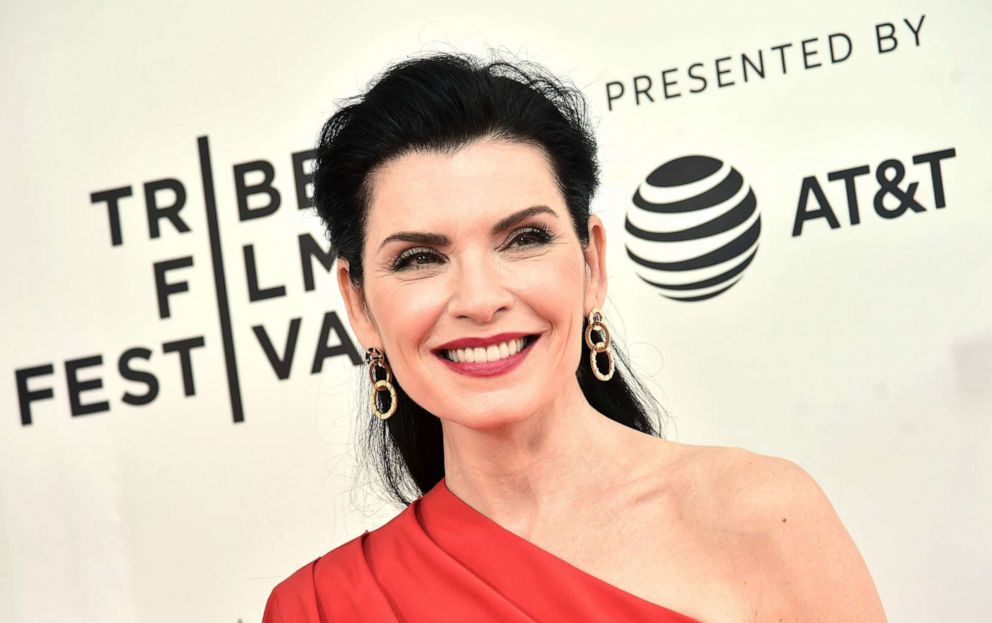 A few decades ago, she was that up-and-coming actress who needed both a role and a paycheck, heading into her big break on a certain iconic medical drama in the '90s.

"I get it. I did it on 'ER.' I got paid half of what the men got paid, but it was my first gig," Margulies noted. "And then after a couple years, I went, 'OK, that's over, let's renegotiate.' But I did it because I was just grateful to have the job and, of course, that's what you do, right? You work your way up."

On why she has hope for the future

Margulies is optimistic future generations will continue to make progress. Case in point: Kieran, her 12-year-old son, actually did know about Bessie Coleman, the first Black female aviator, and had done a project on her in school.

"So when I started talking about her at the dinner table, he goes, 'Mom, I know who she was,' and I was so embarrassed," Margulies said. "I feel like my education has just scratched the surface and it makes me want to know more." 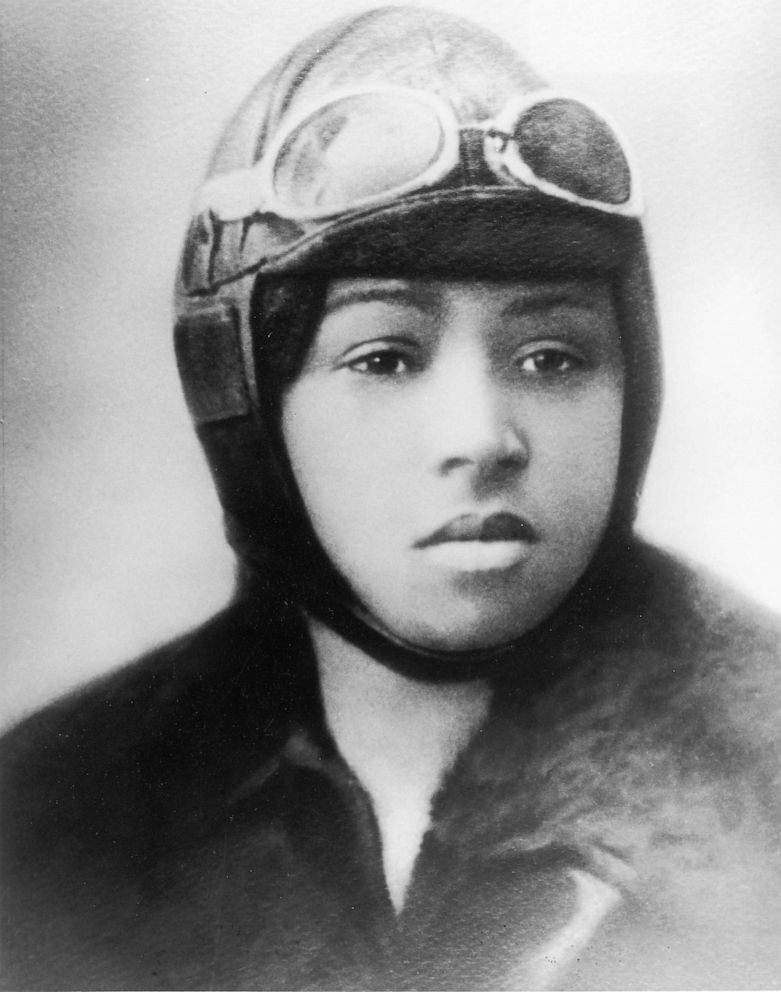 Margulies said the female pioneers featured in "Unladylike" must "be part of the national dialogue" and "we have to celebrate them -- not by putting them up on pedestals, but by integrating them into the fabric of our nation."

This includes, she said, teaching men about them.

"I think men need to know this history, too. Why wouldn't they? I had to learn history about every man," she said.

MORE: 10 of the most powerful quotes from women in Hollywood

One distinct thing she dislikes when she talks about female empowerment is that "people then think I'm trying to take down male power." That, Margulies assured, is not her point at all.

On uplifting other women

Margulies hasn't been deterred from doing her best to uplift women's causes despite knowing she can't be everywhere at once or fight every battle.

"If I can say one thing that might change or sway the direction of the conversation or give other women courage to do the same," she said, "then at least I've made a dent."

For now, though, Margulies is simply striving to do her best to achieve progress -- starting with using her power in Hollywood to inspire female voices.

"I don't think I do a big enough part, honestly," she declared. "I think I could do much more and I'm always struggling with trying to do more."

"I feel like my education has just scratched the surface and it makes me want to know more."

"But," she added, "I can be vocal and hopefully inspire those who are coming up in my footsteps to do the same so that, at some point, I hope we're not having this conversation anymore, because it's been going on for way too long."

One such person on the receiving end of Margulies' support is Mangin and her work on "Unladylike2020."

"I think it's a really noble crusade that she is on," Margulies said "to enlighten people about who these women were so that we can take from the rich texture of this history and actually make their dreams come true -- and we're not there yet."