Julie Chen announced she was leaving "The Talk" on Tuesday, just over a week after her husband and former CBS Chairman Les Moonves left the network amid new allegations of sexual misconduct and assault.

Chen, who has been taking time to be with her family, shared the news via a taped message at the end of Tuesday's show, where she thanked the viewers and fellow ladies on the panel.

(MORE: Leslie Moonves out at CBS after new allegations made public, network says)

"I have been at 'The Talk' since the day it started," she began. "The cast, crew and staff have become family ... but right now I need to spend more time at home."

She continued, "I've decided to leave 'The Talk' ... I will always cherish the memories we've shared."

She then thanked all of the ladies on the panel.

"To Eve, you are the newest one at the table, but I feel like I have known you forever. You are even more beautiful inside than on the outside if that is possible because you know I think you are flawless," she said. "Sheryl [Underwood], thank you for being the perfect go-to partner for the last seven years. I open, you close, and you always bring down the house. To Sara [Gilbert] and Sharon [Osbourne], we've been together since day one ... I will always treasure our friendship ... I know this show and the sisterhood it stands for will live on for many, many more years to come."

The other co-hosts had tears in their eyes and Gilbert thanked Chen right back, adding, "We love you, Julie."

Moonves also confirmed the departure in a statement a week-and-a-half ago, saying he was "deeply saddened to be leaving" after having the "incredible privilege to lead CBS's renaissance and transformation" over the past 24 years.

"Untrue allegations from decades ago are now being made against me that are not consistent with who I am," he added in the statement. "I am deeply saddened to be leaving the company. I wish nothing but the best for the organization.” 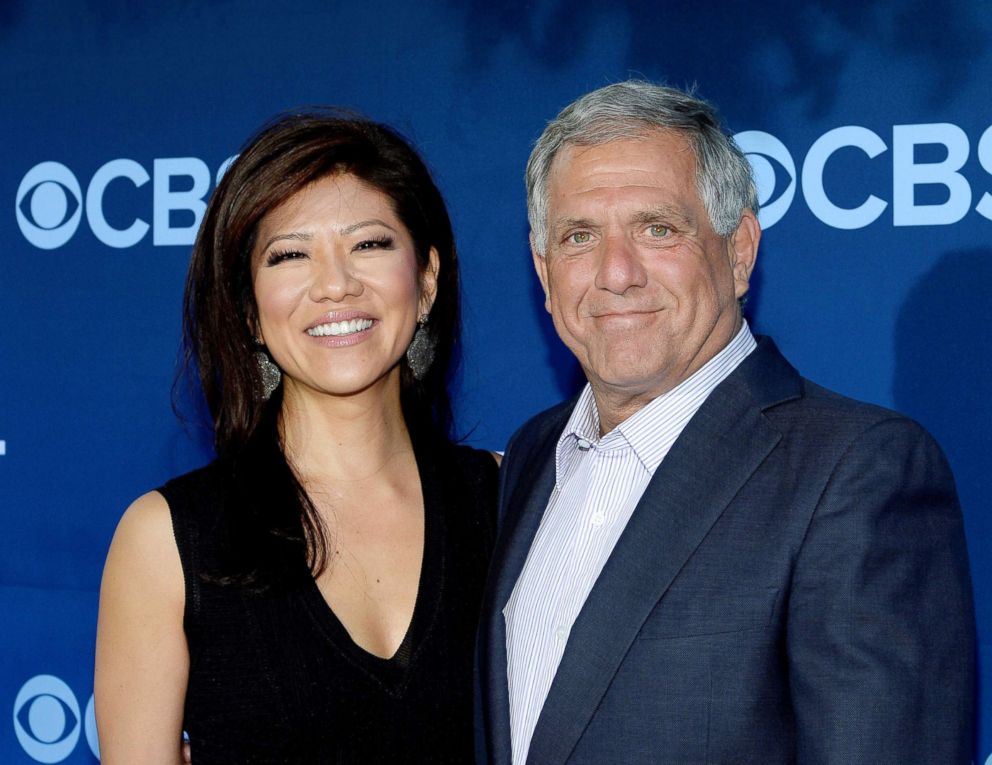 The most recent allegations against Moonves, which follow-up on original allegations made in late July, were published in The New Yorker, and reportedly range from the mid-1980s into the early 2000s.

The July article told the stories of six women employed by CBS who alleged misconduct from more than two decades ago, including unwanted kissing and touching.

Moonves admitted to three of the alleged encounters, but said they were consensual.

"The appalling accusations in this article are untrue. What is true is that I had consensual relations with three of the women some 25 years ago, before I came to CBS. And I have never used my position to hinder the advancement or careers of women," Moonves told The New Yorker in a statement.

Chen, who had been with "The Talk" since 2010, released a statement of her own in late July after the first allegations against her husband came to light.

"Leslie is a good man and a loving father, devoted husband and inspiring corporate leader," she wrote. "He's always been a kind, decent and moral human being. I fully support my husband and stand behind him."