A juror in the Johnny Depp and Amber Heard defamation trial said in an interview that aired Thursday on "Good Morning America" that when the actress cried during her testimony the jury saw only "crocodile tears."

"It didn’t come across as believable," he said. "It seemed like she was able to flip the switch on her emotions. She would answer one question and she would be crying and two seconds later she would turn ice cold. It didn’t seem natural."

Depp, he said, "just seemed a little more real in terms of how he responded to questions."

The juror, one of seven jurors during the six-week trial, spoke exclusively to "GMA" and is the only juror on record to speak publicly about the case. He asked to have his name not used for this report.

In early June, a jury in Fairfax, Virginia, awarded Depp more than $10 million in damages; Heard received $2 million in her countersuit. The catalyst for defamation countersuits was a 2018 op-ed Heard wrote in The Washington Post in which she said she “became a public figure representing domestic abuse.” Depp argued that suggested she was victimized by him, although she never identified him by name.

'Why would you buy the other person a knife?'

Heard’s credibility was suspect throughout the duration of the trial, the juror said. Besides how she acted on the stand, several other factors led the jury to believe Heard was not credible, the juror said.

The jury concluded "they were both abusive to each other" but Heard’s team failed to prove Depp’s abuse was physical.

"They had their husband-wife arguments. They were both yelling at each other. I don’t think that makes either of them right or wrong. That’s what you do when you get into an argument, I guess. But to rise to the level of what she was claiming, there wasn’t enough or any evidence that really supported what she was saying," he said.

Heard, the juror said, was considered the aggressor in the relationship by the majority of the jury. "If you have a battered wife or spouse situation, why would you buy the other person, the ‘aggressor,’ a knife? If you really wanted to help Johnny Depp get off drugs, why are you taking drugs around him?" he asked. 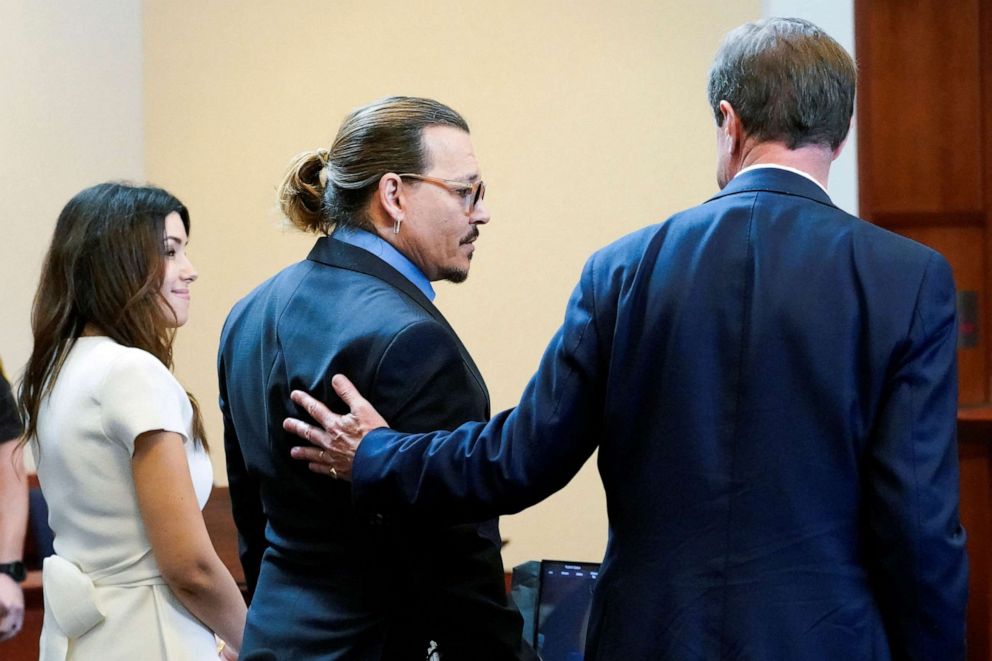 Pool/Steve Helber, Pool via Reuters
Actor Johnny Depp stands with his legal team Camille Vasquez, and Benjamin Chew in the courtroom during Depp's defamation case against ex-wife Amber Heard at the Fairfax County Circuit Courthouse in Fairfax, Va., May 27, 2022.

Heard testified she purchased Depp a large knife as a gift, which Depp’s legal team presented to jurors.

The juror said that photographs Heard took of her ex-husband also fell flat. Although the defense used them to show Depp’s decrepit state after a drug or alcohol binge, the juror said they failed to make an impact.

"If you mix alcohol and marijuana, that’s where you usually end up -- passed out," he said. "We discussed at length that a lot of the drugs she said he used, most of them were downers. And you usually don’t get violent on downers. You become a zombie, as those pictures show."

In his testimony, Depp also admitted to cocaine use, a stimulant, and Heard testified he was frequently doing the drug in her presence.

No make-up: no credibility

The juror also said the jury essentially dismissed all witnesses on both sides who were employees, paid experts, friends or family from either side.

Also suspect were the photos that Heard’s team presented that purported to show bruising on the actress’ face. Two photos presented near the end of the trial were not credible to the jury, he said. They believed the accusation by Depp’s team that one photo was edited to artificially redden Heard’s face to suggest bruising. Heard testified the photos looked different because of a "vanity light."

"Those were two different pictures. We couldn’t really tell which picture was real and which one was not," the juror told "GMA."

The juror also said the defense failed Heard by telling them that the actress "never goes outside without make-up on," he said. "Yet she goes to file the restraining order without make-up on. And it just so happens her publicist is with her. Those things add up and starts to become hard to believe," he said.

$7 million donation that never happened was 'a fiasco' for Heard

The juror said the four-hour debate over the difference between a pledged donation and an actual donation ended up "a fiasco" for Heard. On the stand, Heard testified she never finished donating all $7 million from her divorce settlement to two charities because she didn’t want Depp to reap the tax benefits by sending her settlements to the charities directly.

Heard testified that a pledge and a donation are "synonymous with one another" and "mean the same thing." The jury was shown video of Heard on a Dutch talk show saying she gave her donation to the charities. 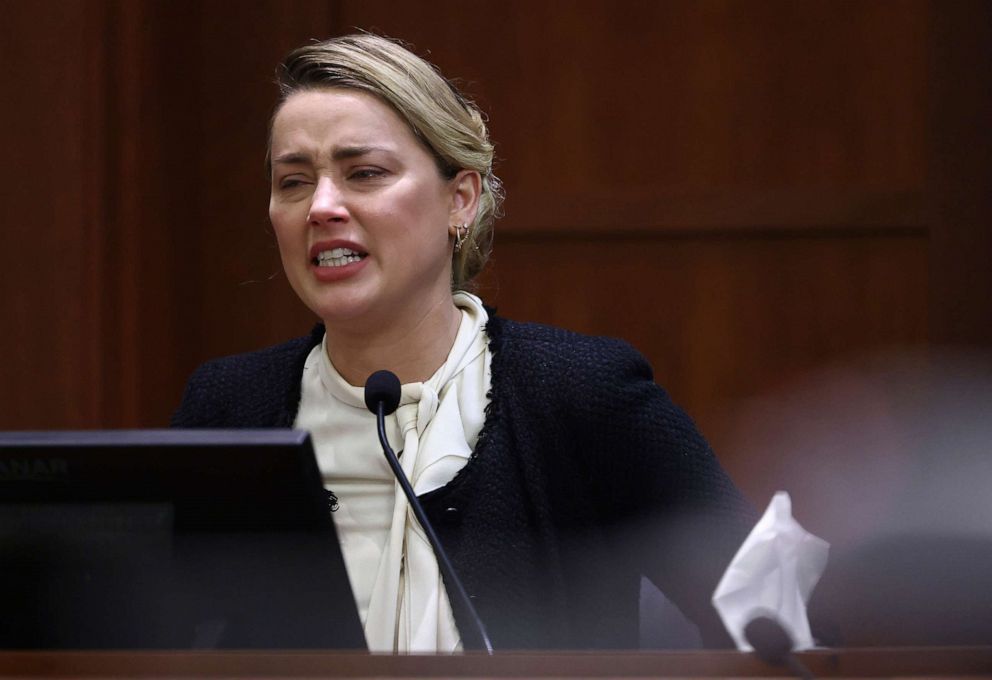 Jim Lo Scalzo/AP
Actor Amber Heard testifies in the courtroom at the Fairfax County Circuit Court in Fairfax, Va., May 5, 2022.

The fact is, she didn’t give much of it away at all," the juror said. "It was disingenuous."

He blamed Heard’s legal team for giving her poor advice, such as looking directly at the jury when responding to questions. "All of us were very uncomfortable" at that, he said.

He also said her team "had sharp elbows versus being sharp."

"They would cut people off in cross because they wanted one specific answer without context. They were forcing people to just answer a very narrow question ... which was obvious," he said.

"She needs better advice," he said of Heard.

Publishing the 2018 op-ed in The Washington Post that defamed Depp was a poor choice, he said. "If she didn’t do any of this stuff with the op-eds, Johnny Depp could have helped her out in her career. They didn’t leave things on a nasty turn," when they divorced, he said. "It turned nasty after the op-ed."

'We only looked at the evidence'

The juror denied the jury was swayed by outside forces. He and "at least" three others did not have Twitter accounts.

"Some people said we were bribed. That’s not true. Social media did not impact us. We followed the evidence. We didn’t take into account anything outside [the courtroom]. We only looked at the evidence," he said. "They were very serious accusations and a lot of money involved. So we weren’t taking it lightly."

The juror also said that no one on the jury was starstruck and their individual celebrity never played a factor in their decision. While he admitted he knew of Depp more than Heard, he hadn’t seen many of his films. "None of us were really fans of either one of them," he said.

Asked whether he would go see a future movie starring Depp or Heard, the juror said it would depend on the movie.

"What they do in their personal lives doesn’t affect me whatsoever. Going to movies is entertainment. I go for the quality of the movie or the storyline," he said. "Not for the acting."