Justin Bieber took to the stage over the weekend for the first time since being diagnosed with Ramsay Hunt syndrome, which had paralyzed a part of his face.

The "Peaches" singer launched the European half of his Justice tour on Sunday with a performance at Italy's Lucca Summer Festival. Multitudes of fan-taken videos have surfaced across social media, which show Bieber celebrating his return to performing.

Bieber took to to Instagram on Sunday to share a video of him amping himself up for his comeback by declaring proudly during a group huddle, "We're back! What a great, great evening!"

"I'm just so grateful to be back," the Grammy winner continued before telling his team just how much he loves and appreciates them. The video ends with him marching excitedly to the stage.

Bieber shared another video of him addressing his fans, saying, "I want to say thank you so much for having me back. This is my first day back! So good to be here." 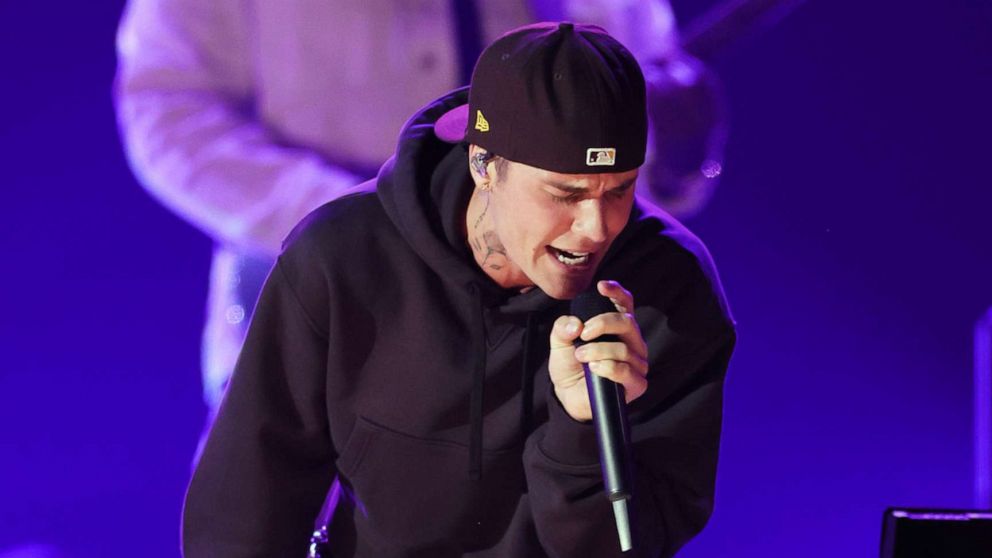 Back on June 10, the "Ghost" singer took to Instagram to explain that he had to cancel several tour dates because of Ramsay Hunt syndrome, which left half of his face paralyzed. The illness is caused by the chickenpox virus, which continues to lay dormant in a person after initial infection and can reactivate as a shingles rash, according to the Mayo Clinic.

The Justice tour's official Instagram has since announced Bieber will reschedule the missed North American dates. An announcement on that is coming "very soon," the post assured.