Kelly Ripa is known to her fans as a health and fitness fanatic.

The "Live With Kelly and Ryan" host is open about her support of the Alkaline Diet, has showed off clips of her workouts on her popular Instagram account and constantly promotes an active lifestyle.

She described where her love of nutrition and wellness stems from during a recent interview with "Good Morning America."

"Well, you know, it's funny, I have three, now three young adult, children, and I have four aging parents, between my parents and my in laws," she said. "And we as humans are living longer and longer, but it's not just about living longer. It's about living better."

"I just see things that aren't addressed as young people [that] will have to be addressed as older people, and I don't want to live my later years in life being on a bunch of different medications," she added. "And anything I can do proactively to live optimally, that's what I'm going to do."

She said that she's encouraged her children to follow suit. "We sort of lead by example in our lives. We've always made healthy offerings in terms of food and snacks in our house, and we always sort of lived in an active household," she said on she and her husband, Mark Consuelos' parenting.

"Our kids have always had various -- they've always participated in team sports and had extracurricular activities," she continued. "Having said that, they still want to eat as much sugar as I will possibly allow them, but they're adults now. And like I said, I think that those foundation things that we did for them help them make healthy choices now that they're adults."

Because of Ripa's desire to "live optimally," she recently partnered with Persona Nutrition, a health company that gives customers customized vitamins and supplement plans based on their needs. She says the company has offered her a "way to live my healthiest life possible."

"For many years, I've sort of devoted my life to fitness and I take it really seriously and I have a clean diet, all of that," she shared while promoting her new role as brand ambassador. "But the one aspect of my life that I found was sort of lacking was nutritional supplements. I find the whole world kind of overwhelming always."

She said she always had trouble pinning down exactly which nutritional supplements would be beneficial to her health.

"When you have kids -- when you have young kids -- your pediatrician tells you exactly what your kids need in terms of supplements," she said. "But then you grow up and you're an adult and no doctor has ever been able to me what I needed definitively to round out my life nutritionally, in forms of supplements."

"There's always like a sweeping generality -- take a multivitamin," she added. "Okay, fine. Well, you walk into a drugstore, a health food store, and there's 9000 different programs that you could be on, should be on, but you don't really know." 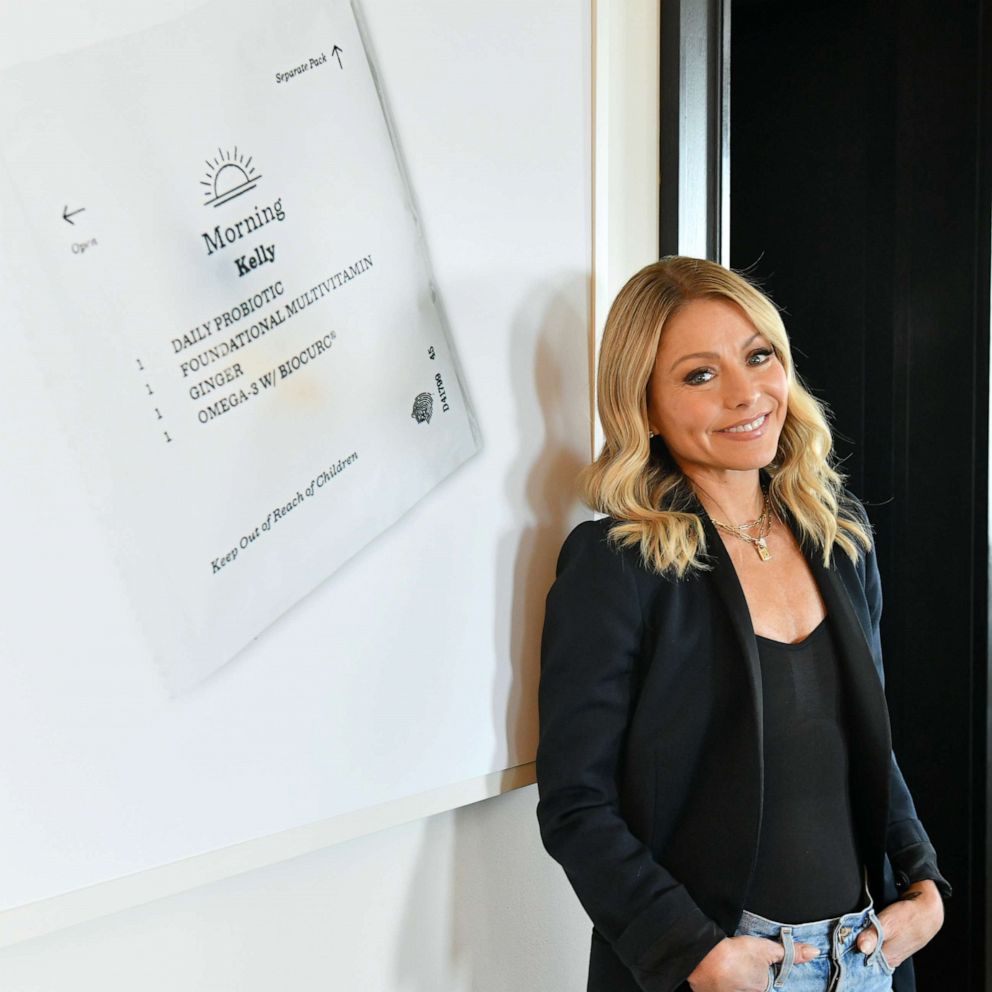 "I definitely think that when I turned, I would say like 45, I noticed that things I did mattered more -- whatever I did, the recovery time was longer," she said.

MORE: Kelly Ripa reveals which of her three children is the 'best'

She said those details along with other factors she'd "never noticed before" made her make some changes.

"I started saying, 'Ah, I need to drink more water...I have to be more mindful about what I put in my body, in terms of food, and certainly now with supplements,' like these are all things that keep you healthy," she added.