Kenny Chesney said his new music is a reflection of strength, love and hope in the wake of last year's hurricanes that devastated one of his most beloved, creativity-inspiring places, the U.S. Virgin Islands.

"Those islands have meant a lot to me as an adult -- they fed my creativity in ways that nothing else has," Chesney said of the Virgin Islands where he owned a home and a bar that were both destroyed in Hurricane Irma. "It would have been really easy to make a record about the devastation, but I felt it was more important -- that we find a thread of hope and find a way to move forward." 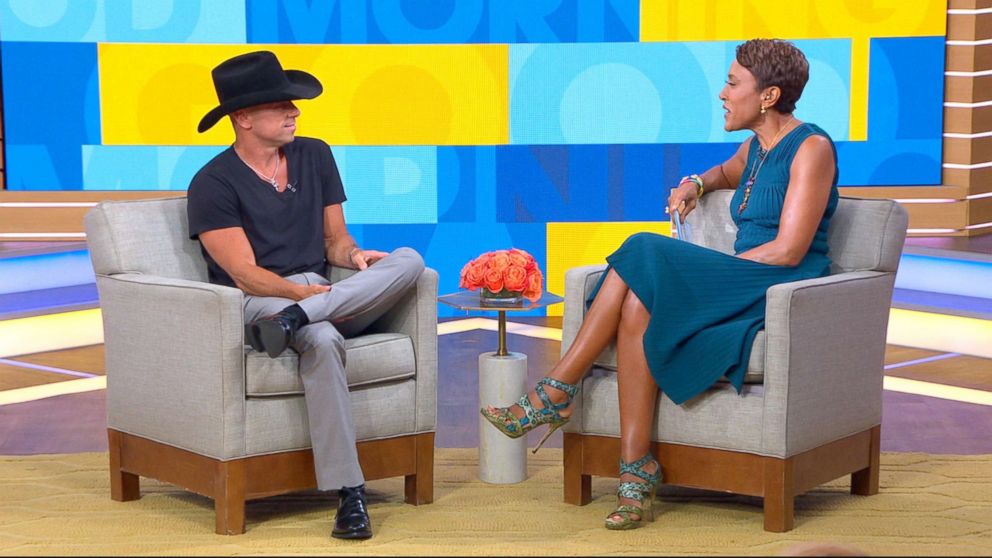 ABC
Kenny Chesney talks with Robin Roberts about why his new record is about healing and love in the wake of devastating hurricanes.
(MORE: Kenny Chesney loses home to Hurricane Irma; launches foundation to help victims)

To Chesney's surprise, one of his few possessions that made it through the natural disaster was a gift from someone who came to one of his concerts years ago: A black shotski, or ski-shaped piece of wood with shot glasses attached to it, with the words "No Shoes Nation."

"It was one of a few things that made it through Hurricane Irma, believe it or not, and I just felt like it described the bond, how strong our bond was -- between me and the audience," he said on "Good Morning America." "I decided when it made it through that I was going to bring that shotski back and give it back to the person that gave it to me and that's what we did."

He first spotted the shotski being used by a group of people tailgating before his 2016 show at Arrowhead Stadium in Kansas City.

"I wanted to put it into my bar in the islands and I did a trade with them," he said. "I signed a guitar and they gave it to me. I brought it on stage and that night I showed it to the audience at Arrowhead Stadium and my photographer captured that moment so it ended up being the cover of the live record." 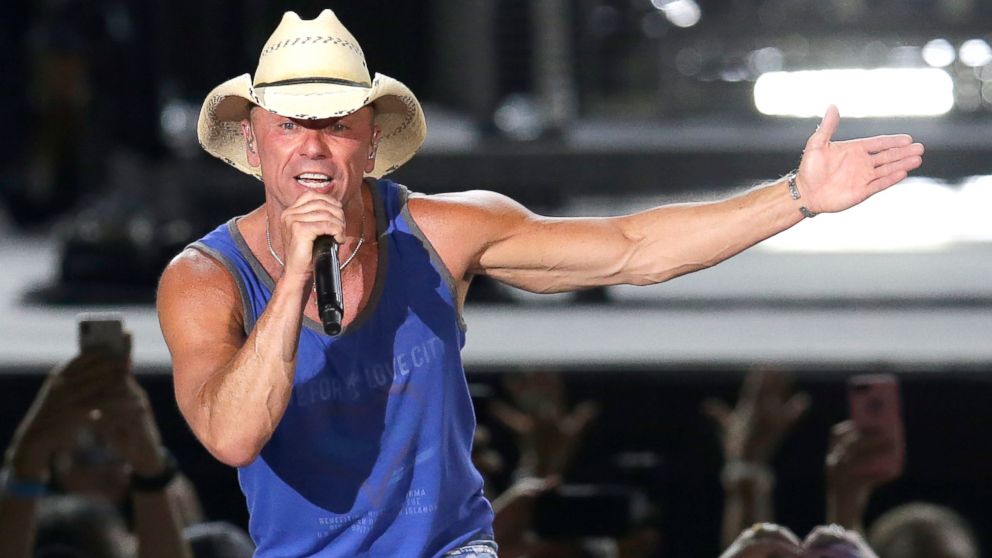 Rick Scuteri/Invision/AP
Kenny Chesney performs during the Trip Around the Sun Tour in Phoenix, June 23, 2018. After Hurricane Irma decimated the U.S. Virgin Islands last year, country superstar Kenny Chesney started writing songs and organizing relief efforts. Chesney is donating proceeds from the sale of his new album, "Songs for the Saints,"?� to a foundation he set up to support recovery on the islands.

That became a symbol of "hope" for Chesney, prompting a unique tone for his new music.

"If there's one thing that I'm proud of with this new music is that it has a thread of hope and the thread of love and moving forward. And I think that there's a big sense of community with it and it's unlike any record I ever made," Chesney explained.

"Usually when you make a record you make it about past experiences. I made this whole record while everything was happening, almost a year ago now," the award-winning country music star said. "There was no hiding my emotions." 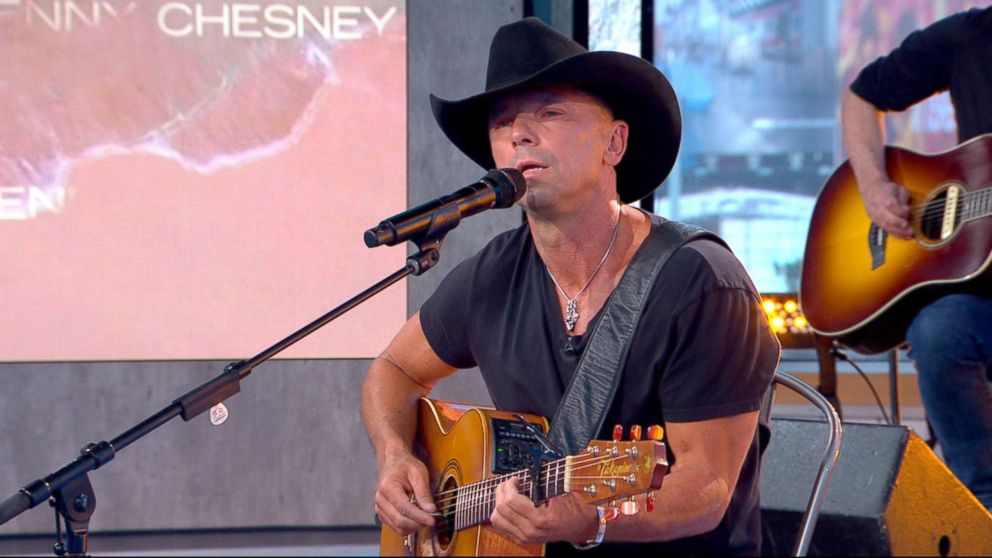 ABC
Kenny Chesney talks about why his new record is about healing and love in the wake of devastating hurricanes.

Chesney said he has "always felt like music was the biggest healer we have" and hopes that everyone who listens to his new music can find that element of healing.