Kevin Hart took time out Monday night to formally apologize to the LGBTQ community, less than a month after he announced he was stepping down as Oscars host following mounting controversy for past homophobic tweets and comments from several years ago.

During the most recent show of SiriusXM’s "Straight from The Hart," the comedian spoke at length about his past, what he's learned and how he's grown in the years since those comments were first made.

Today's episode of "Straight From The Hart" on Laugh Out Loud radio Sirius XM channel 96 is one that you do not want to miss. Trust me when I tell you that you have to hear this....make sure y'all tune in at 4pm pst/7pm est

"Once again, Kevin Hart apologizes for his remarks that hurt members of the LGBTQ community. I apologize,” he said.

Of his past tweets, some using homophobic slurs, he added, "We thought it was okay to talk like that, because that’s how we talked to one another ... This is wrong now. Because now we’re in a space where I’m around people of the LGBTQ community, and I’m now aware of how these words make them feel, and why they say ‘That s--- hurt because of what I’ve been through.’"

Hart added that with his standup and comedy act, he would also make sure he doesn't say or do anything offensive towards the community.

"The fight is the will and want for equality. I’m riding with you guys. I understand you," he continued, but added that he hopes the LGBTQ community can forgive him and accept that he's a different person from the one who sent those tweets almost a decade ago.

"But in the fight for equality, that means that there has to be an acceptance for change. If you don’t want to accept people for their change, then where are you trying to get to the equal part? Where does the equality part come in?" he said. "I don’t think it’s wrong for people to have their own personal beliefs. I think that in the times that we’re living in, we have to be understanding and accepting of people and change. Bottom line.”

The apology comes on the heels of Hart's raw interview with Ellen DeGeneres, which aired Friday.

In the extensive interview, DeGeneres -- a past Oscars host herself -- said she called The Academy and asked them to reconsider having Hart host. She says its reps instantly replied that they still wanted the funnyman to be the night's MC.

I stopped by @theellenshow to do some promo for my new movie "The Upside" & ended up staying on for the entire hour. Trust me when I tell you that you won't want to miss tomorrows episode. This was by far the most raw/honest & authentic interview that I have ever done. We talk about the Oscar controversy in depth. Make sure you tune in!!!!!

After telling DeGeneres he doesn't have a "homophobic bone" in his body, Hart admitted in the interview, "I promise you I'm evaluating this conversation. Let me assess, just sit in the space and really think, and you and I will talk before anything else."

"They're gonna win if you don't host the Oscars," DeGeneres said, referring to "trolls" online. "You can’t let them destroy you and they can't destroy you because you have too much talent.

"That's why they [The Academy] haven’t found another host. I think they were secretly hoping that you would come back,” she added.

"I'm so happy to say that the day has finally come for me to host the #Oscars." - @KevinHart4real

Hart was first announced as the host on Dec. 4.

"To be able to join the legendary list of host [sic] that have graced that stage is unbelievable. I know my mom is smiling from ear to ear right now," Hart wrote at the time. "I want to thank my family/friends/fans for supporting me & riding with me all this time....I will be sure to make this years [sic] Oscars a special one. I appreciate the @TheAcademy for the opportunity ....now it’s time to rise to the occasion."

But just three days later, he stepped down after homophobic tweets from eight years ago re-emerged; he said he's already apologized for the tweets and that he's not the same person he was at that time.

In a post on Instagram, Hart said he got a call from the Academy of Motion Picture Arts and Sciences and was asked to apologize for his prior tweets or step down as host.

I know who I am & so do the people closest to me. #LiveLoveLaugh

In Friday's interview with DeGeneres, the comedian agreed with Hart and said she knew the real person he is and for that reason, she didn't want to see him pushed away from hosting Hollywood's biggest night.

She said people online calling him homophobic were just a small group, speaking loudly, but not the greater community, including those who are LGBTQ.

Some on social media took offense with DeGeneres supporting Hart and the interview. 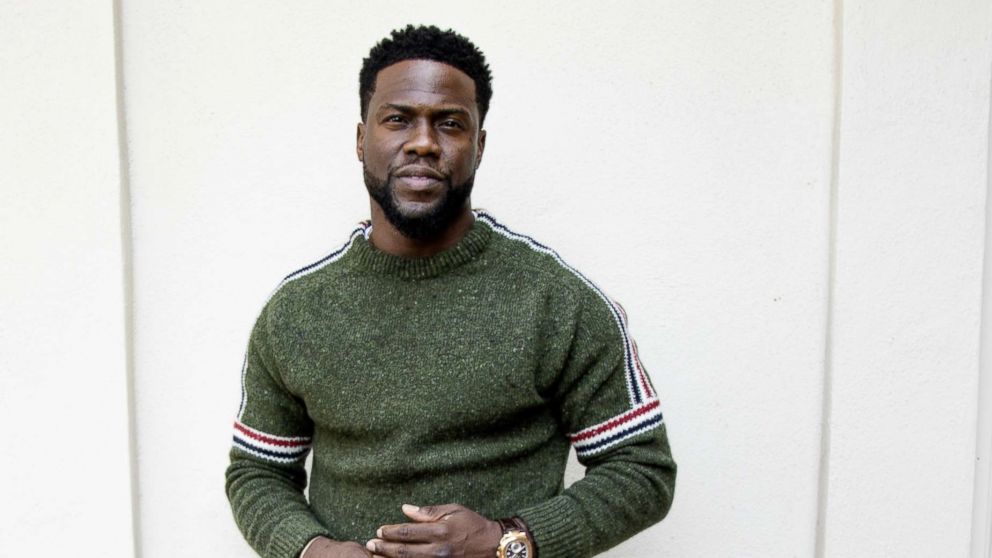 "I feel like if you’re not homophobic anymore, you shouldn’t mind apologizing for your past homophobia again," one Twitter user wrote.

Another added, "The only thing @KevinHart4real proved by going on Ellen was that he is a terrible actor with zero genuine remorse who didn’t have the decency to address his ignorance. No, they weren’t 'haters' who came after you."