In an interview with Alec Baldwin for his new talk show, Kim Kardashian West spoke candidly about her support for husband Kanye West, no matter his political views.

The rapper, who has been vocal about supporting President Donald Trump, met the man in the Oval Office for a now famous conversation that ranged from why wearing a MAGA hat is like a "Superman cape" and what Trump can do to help black people in this country.

In her interview with Baldwin, Kardashian West first discussed the president's decision to free Alice Johnson earlier this year, who had been in prison for cocaine trafficking.

My next show, Sunday night...

The reality star and businesswoman said she believes Johnson might still be in jail if her husband hadn't been so vocal about Trump.

"Alice always says if it wasn't for Kanye speaking up in support of Trump, then she would still be in jail," she told Baldwin, according to USA Today. 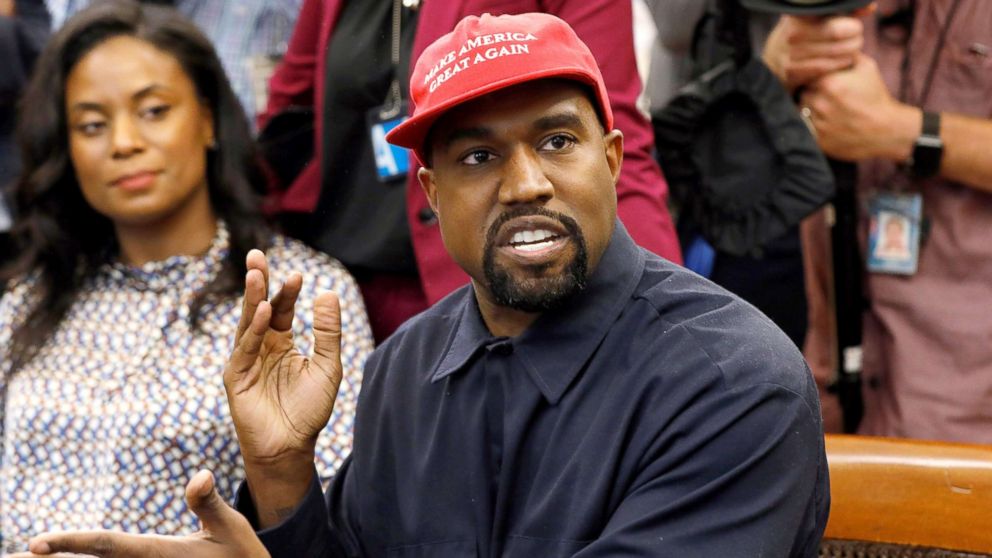 Kevin Lamarque/Reuters
Rapper Kanye West speaks during a meeting with President Donald Trump and others in the Oval Office at the White House in Washington, Oct. 11, 2018.

Kardashian West, 38, continued, "I let him be who he wants to be. I let him have his own views and opinions, even if they're different than mine. I grew up in a household where ... we would always just talk about it and be open about it and it was really OK to have different views. For me, I think it's just about having an open mind."

(MORE: Grandmother shares her message for Trump after being freed thanks to appeal by Kim Kardashian West)

"I'll find something that I believe in, and I've figured out how to use my voice," she said.