Emmy winner, cultural icon and all-around brilliant artist, Lena Waithe, has never been one to sugarcoat anything.

The actress, who you've seen in "Master of None" and "Ready Player One," not to mention a creator and writer on other projects like "The Chi," has a rare blend of caring and understanding mixed with a realistic view of the world and where it needs to go.

Waithe sat down with "GMA" as a part of the Marriott #LoveTravels Beyond Barriers campaign, which focuses on inclusion, equality, peace, and human rights — something that really aligns well with her art and powerful message.

In an overarching discussion, Waithe touched on everything from why it's important to see more people of color win awards like the Emmys, the lack of access for women in places like the writers' and producers' room, and how she may be a solid fit for politics ... way down the road.

"Moments of seeing people of color onstage holding trophies tend to have a little more impact than just them sitting in the audience. You don't want to just have a seat at the table, you want to be at the winners table."

When it comes to the Emmys last month, the nominee pool was one of the most diverse the TV Academy has ever seen, but shows like "The Marvelous Mrs. Maisel" and "Godless" really dominated the winners list with mostly-white casts, which is something Waithe says needs to change for everyone's sake.

"I don't think we can expect change overnight, but I was a little disappointment in the lack of diverse winners," she said. "That wasn't to shade anyone that won, I don't want to take away from anybody's moment."

She continued, "But I also feel like it's not enough just to nominate us, have us come, be there, make the red carpet dope, and be a part of the opening number. We need to be awarded for the work that we are doing ... Moments of seeing people of color onstage holding trophies tend to have a little more impact than just them sitting in the audience. You don't want to just have a seat at the table, you want to be at the winners table." 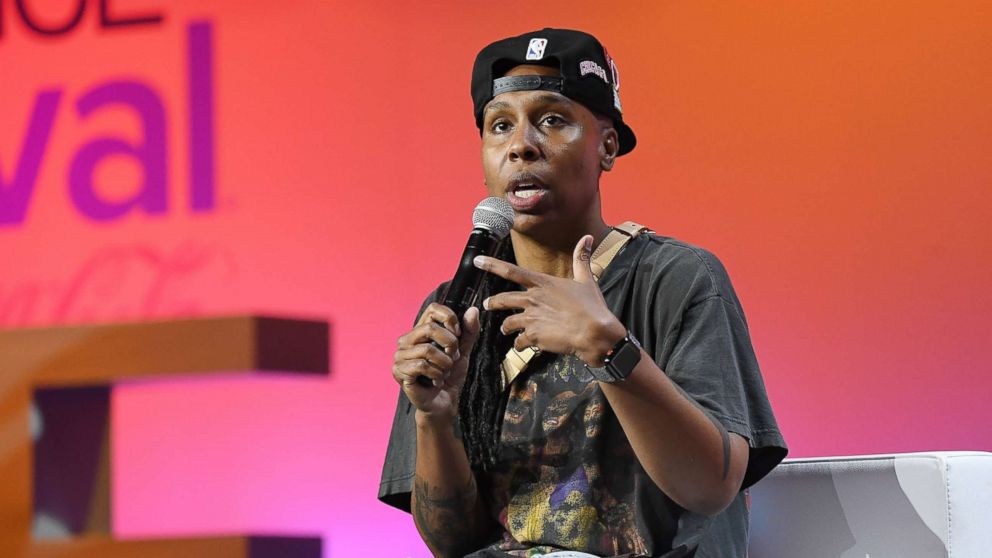 But it's not just about the trophies and stroking egos, Waithe believes those kinds of wins open doors that wouldn't be opened if they didn't win.

But it also can't just be herself, Donald Glover and Sterling K. Brown winning every year either, in fact, "we have to spread it around," she says.

"When the winners are representative of everyone, everyone at home gets to feel like a winner," she said.

In addition, a San Diego State University study revealed that while #MeToo has made a prominent cultural impact, women still remain just 27 percent of all creators, directors, writers, producers and more movers and shakers in TV.

Waithe believes those numbers are just representative of a lack of access for women.

"I have so many mentees and many are women and they all have their unique stories," she said. "But they need support, they need mentorship, they need education, they need the tools to navigate this business and also master their craft. It's two-fold."

She says naturally you have to be good at what you do, but if you can also understand the business of Hollywood, "you're going to be a unicorn and go far."

"(Women) need support, they need mentorship, they need education, they need the tools to navigate this business and also master their craft. It's two-fold."

That kind of added weight for a woman looking to make it in TV or film is something that Waithe believes needs to change but is also, "just a cross that we bear and I don't think you can be mad about that."

While she believes you educate and take action for the future, "I'm not a fan of sitting around and complaining about the world."

With the topic of the world broached, politics is an issue that comes to mind, namely a tweet from journalist Mark Malkin, who tweeted, "I love @LenaWaithe in Hollywood, but I’m thinking a White House could be in her future," to which she simply replied, "Possibly :)"

"I wouldn't count anything out," she tells "GMA," but adds, "I really do love this business that I'm in right now. But I also have a skill for talking to people, listening to people, that's my job to try and capture human behavior. I'm also a person who believes everyone deserves life, liberty and the pursuit of happiness. What more could you want out of a politician?"

But she stresses if that's even a thought, it's one that's way down the road.

"Right now, I'm just trying to focus on being a mogul first, then we'll see what happens," she said. "If Trump can be President, anyone can."